What has all the beauty and charm of Italy’s Lake Como without the crowds and commotion? The answer, at least according to staff at the posh Hotel Eden Roc Ascona, is Lake Maggiore in Ascona, Switzerland.

During my recent visit to the five-star property, a member of the Tschuggen Hotel Group, it was obvious that they’re onto something.

The hotel, with its perch on the scenic lake, is a picture of serenity, served up with an upscale touch. Upscale, that is, without being even a little stuffy, and that is exactly what the design and ambience were meant to evoke.

The public spaces and guestrooms, most of which offer picture-postcard views of the lake, are flooded with natural light, furnishings are elegant but comfortable, and the various outdoor venues work as hypnotic lures to the great outdoors. In short, I’m not going to wear jeans to dinner here, but I’m also free to skip the tiara.

We were there to experience several upgrades to the property, which include the new Garden of Eden outdoor space, the highlight of which is alfresco seating by the lake, just right for lingering over options from the new dining and cocktail menus.

In warm weather, the garden serves as a venue for outdoor festivals and events that showcase such local specialties as flowers, chestnuts and, of course, gelato.

The hotel also boasts a private beach and marina and two outdoor pools, while indoor amenities include the 22,000-square-foot spa, which has its own indoor pool, along with saunas, a tanning solarium and seven treatment rooms. 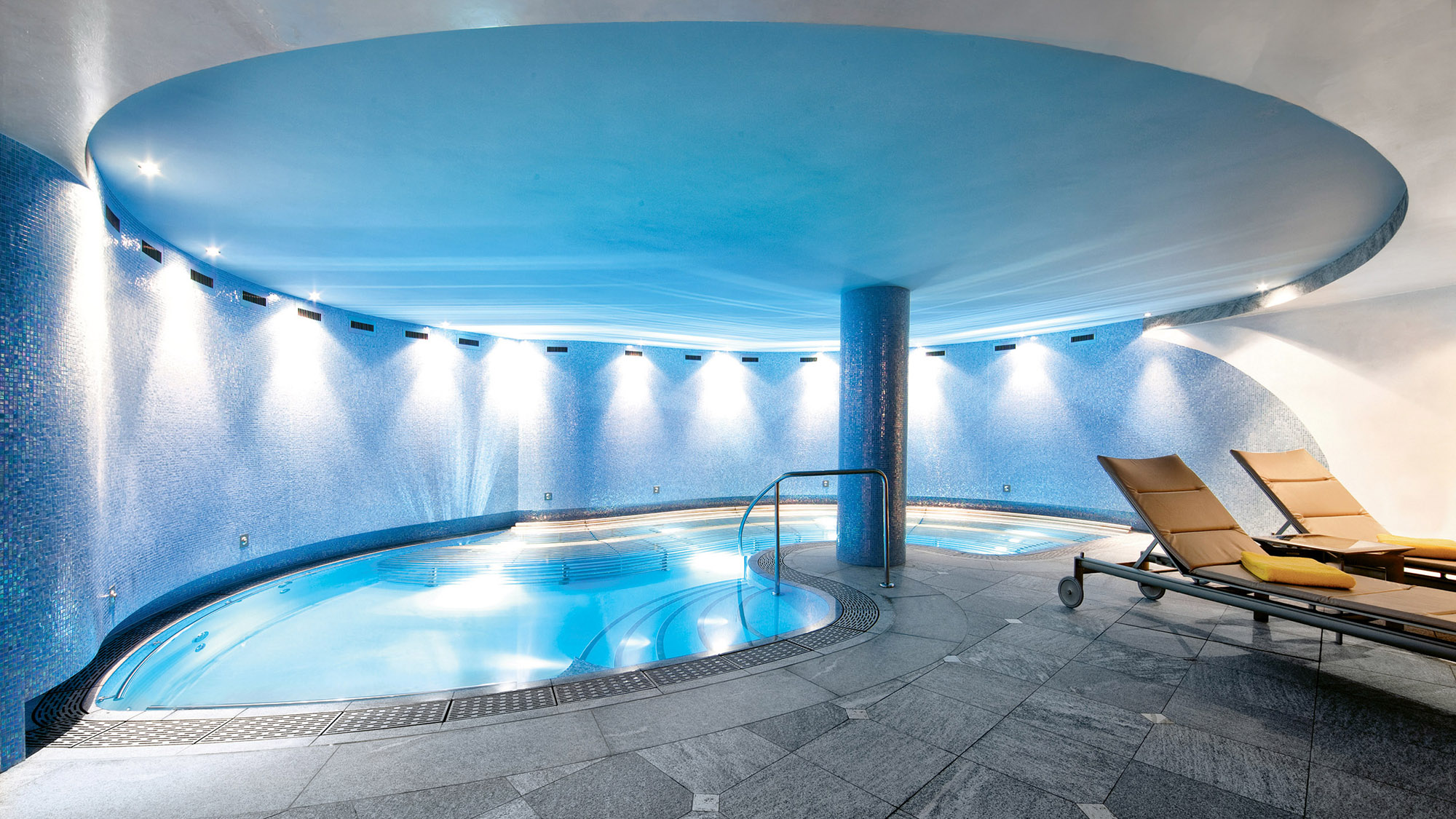 During my stay, I had a first-rate facial at the spa, which also features a hydrotherapy pool flanked by whirlpool recliners, and a Kneipp path, a kind of footpath laid out with stones from the nearby Maggia river that guests walk on while hydrotherapy jets bathe their feet to stimulate circulation.

The Hotel Eden Roc Ascona has four restaurants, including La Brezza, whose bragging rights include a Michelin star for its 27-year-old chef, Marco Campanella, and 16 GaultMillau points.

After a wine tasting at the Eden Roc wine cellar with sommelier Walter Martinat, we also dined with the property’s new general manager Simon Spiller, formerly of Brenners Park-Hotel & Spa, at the restaurant Eden Roc, which has 15 GaultMillau points and where we sampled menu options presented by chef Cyrille Kamerzin.

Other eateries include La Casetta, a lake house restaurant that specializes in grilled entrees, fish and pasta, and Marina, which offers a relaxed vibe and lake views.

A key feature of the hotel’s renovation was a redo of its three Grand Suites, spearheaded by Ticino-based designer Carlo Rampazzi and now featuring modern designs, light colors and contemporary furniture.

Other accommodations include 34 suites and 42 double rooms, all of which feature either views of the lake or the mountains.

Speaking of the lake and mountains, we set out to explore a bit of both during our stay. A highlight was the Cardada-Cimetta excursion, which involved taking a five-minute suspended cable car ride from Orselina to Cardada, a hike in the mountains overlooking the lake and a hearty lunch at Grotto Capanna Stallone, a mountain hut restaurant that specializes in polenta.

Uncooperative weather prevented me from embarking on a boat tour to the tiny Brissago Islands in the middle of Lake Maggiore and Cannobio across the border in Italy.

Fortunately, there is no shortage of activities in the region no matter the weather, so instead we hopped on the train to Lugano, a beautiful city where the mix of Swiss and Italian heritage is evident in everything from the cuisine to the architecture.

It’s worth noting that you don’t need a car to access the Hotel Eden Roc Ascona (we arrived via the admirably punctual Swiss train system ) nor to get around while you’re there, thanks to trains, boats and hotel transfers to and from the Locarno train station.

All five Tschuggen Hotel Group properties have teamed up with Myclimate, a nonprofit Swiss organization advising companies on climate protection and sustainable development, to achieve carbon neutrality. Beginning with the 2019-2020 winter season, hotel guests have the option to compensate for their travels through Myclimate’s Cause We Care program.

“While we ensure complete climate neutrality from check-in to checkout with no additional costs for our guests, anyone who shares our conviction and wants to become involved will have the opportunity to compensate for their journey to and from our hotels,” said Gotz Bechtolsheimer, vice chairman of the board of the Tschuggen Hotel Group.

There will be four categories, with corresponding contribution amounts ranging from $5 and $150 per person, depending on the method of travel and distance from the hotel.

In addition, the hotels have already initiated a number of measures to reduce carbon dioxide emissions, including the modernization of heating and energy systems and waste management.

Hottest locations in the UK for a sunny staycation named – which came top?