Home » Destinations » Churches in nightclubs and Anglican gyms: can the C of E win back city dwellers?

“I got out of prison about two-and-a-half years ago,” says James Crystal, 26. “I’d been in for robbery, suffering from PTSD, depression, anxiety … I was sexually abused when I was a bit younger, and it just really sent my life spiralling out of control, to be honest. I used to use drugs and alcohol to suppress the pain. That got me into a lot of trouble.”

Today, Crystal is sober and well dressed. He wears fashionable glasses and his hair is neatly combed. He is studying business management, with a plan already to sell a range of biodegradable products. To cap it all, it is a Tuesday evening and he is in church – Gas Street church in Birmingham – where Crystal first decided he would dedicate his life to Jesus. “It was in that seat, there,” he says, pointing. 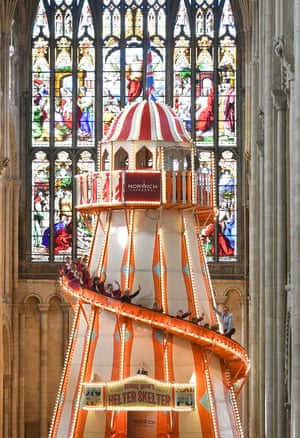 Tuesday means student night at Gas Street, which became the first Anglican church in this busy part of the city centre when it opened in February 2016. The building itself was once a Victorian retort house, making gas for street lamps from coal that arrived on the canal. It was derelict when someone in the diocese found it on Rightmove, and today, after a £2.7m purchase and renovation project, it is a beautiful brick cavern, tastefully lit and decorated like an art gallery or a hip startup.

Gas Street is one of many new or revitalised churches that the Church of England has “planted” in towns and cities around the country as part of its recent strategy to focus on urban areas, even though rural parishes, with their older populations, have historically been the backbone of the faith.

The Renewal and Reform programme has attracted controversy, in part because it has begun to spend the church’s huge investment fund – not just the return it generates – in order to establish new evangelical churches, often in the heart of cities. More than 100 new churches were announced last year in coastal areas, market towns and urban housing estates – a serious attempt to expand Anglicanism, while about 25 churches are closed each year.

Some, like St Peter’s in Brighton, have modernised the music, decor and ethos of old churches. Others have occupied secular buildings. For a time, the Harbour church in Portsmouth could be found in an old department store. In Swindon, plans are under way to turn a former Great Western Railway building into a large new place of worship. The Fountains in Bradford will soon take over an old nightclub complex, once home to less godly venues called Revolution, Tequila and Vibe. Gas Street is technically “St Luke’s”, but churchy names are falling out of fashion too.

The plan is to attract young people, in part by going to the city centres, where young people can be found. The next round of grants from the church’s Strategic Development Fund, part of the Renewal and Reform programme, will be explicitly devoted to projects that “are targeted on promoting church growth within the largest urban areas; and one or both of younger generations and poorer communities”. In effect, though everyone insists that the church has not forgotten the countryside, it means a focus for the future on the UK’s 75 largest cities and towns.

There are about 150 students at Gas Street on the night I visit. Worship starts at 8pm, before which they socialise over plates of paella from a giant pan. It is early in the term and some of them may be taking their first steps into the church, so the organisers asked me not to talk to people at random. Instead I am introduced to several regulars, including Crystal, who is certainly a fine example of how they can help some young people in need. Right now the church’s own needs are nearly as great, however. If they do not ignite an Anglican revival among young people in the next couple of decades, then these new city-centre ventures will be the last stand of the Church of England.

When the British Social Attitudes survey began recording people’s religious affiliations in 1983, 40% considered themselves Anglicans, whether or not they went to church. Last year this reached 12%. Such a decline in one generation would be worrying enough on its own, but it hides the worst news of all, which is the age of the faithful. One third of people over 75 consider themselves part of the Church of England. Ask people aged 18-24, and it is 1%. At that rate, you could add together all the undergraduates at the University of Birmingham (22,710), Birmingham City University (19,790) and Aston University (11,850) and expect to find just 544 Anglicans. You could fit all the churchgoers among them into a single gathering at Gas Street.

For the Church of England, this is not a downward slope. It is the edge of a cliff. According to BSA data, children brought up without religion very rarely find it in adulthood, whereas about half of children from Anglican backgrounds ultimately leave the faith. For roughly every Anglican who dies, therefore, two must be raised to replace them, which requires lots of young Anglican parents … and there are almost none left, and fewer every year.

From where things stand, if Anglicans still account for 1% of the British population by the end of the century, it would be an astonishing recovery. The proportions calling themselves Catholic, Methodist, Presbyterian and Baptist are all falling as well, but this is the Church of England, led by the monarch, with 26 bishops in the House of Lords and control over about a quarter of England’s schools. Without a miracle, at some point there will be some serious explaining to do.

Like all religions, the Church of England says it is keen to improve people’s lives, not just protect its own interests. For Tim and Rachel Hughes, the lead pastors at Gas Street, their work is an attempt to share something they love with others who don’t know much about it. “There hasn’t been a Church of England church in this area,” Tim says. “Central, buzzing with young people. Where people can begin to come and engage with who is Jesus. Is he real? Is he alive? And if he is, what difference might that make for my life?” 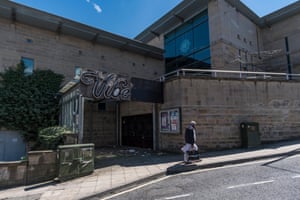 In many ways, this wave of church-planting in British cities is like modern missionary work. Before moving to Birmingham in 2015 to set up Gas Street, the Hugheses worked at Holy Trinity Brompton, where the Alpha course was developed. HTB, as it is known, now sits at the centre of the network of 60 planted churches in towns and cities all over England, with a slick formula for establishing outposts of Anglican evangelism that now guides the church’s future. You may notice that most of the churches mentioned in this article have excellent – and similar – websites.

Hughes himself is quite a big attraction at Gas Street, being famous in the world of Christian rock for several hits in the early 2000s. The best known, Here I Am to Worship, won a Dove award (like a Christian Grammy) in 2003, and has been watched in various versions more than 100m times on YouTube. On a typical Sunday, Ali Herbert, another Gas Street minister, tells me that they get about 600 or 700 people, including children, across three gatherings (not “services” any more). They estimate that 70% of the congregation is under 30.

So far, both Hughes and Herbert are happy with the new church’s progress, although of course it is hard to know how much of the congregation considered themselves Anglican already. Gas Street has done some marketing and work on social media, but for Hughes, the key will be word of mouth. “The way I think you grow, is you envision and equip people to invite their friends,” he says.

Besides planting itself in new areas, the Church of England is also using its £8bn investment fund to be more creative with what they offer, especially when it means offering something that laypeople definitely like. In cathedrals, this has taken shape in zany schemes like the helter-skelter installed in Norwich over the summer, or the crazy golf in Rochester. Elsewhere, plans for the Fountains church in Bradford include a gym and a cafe within the complex.

St Thomas, Norwich, has pioneered “sports ministry”, providing holiday clubs, five-a-side pitches, netball and other fitness groups to local people. Meanwhile, churches in poorer communities offer debt advice, school uniforms, food banks and other services to help people on low incomes. The plan is that successfully planted big city churches will go on to plant other smaller ones, using the good ideas they learned along the way. 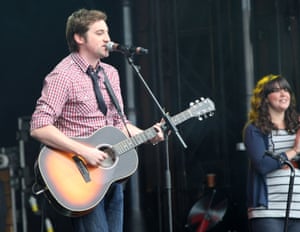 Debbie Clinton, director of Renewal and Reform at the Church of England, says: “Particularly over the last few years, we have been trying to look more intentionally at some of the bigger areas. I think the starting place for us is that there are lots of people in cities. Then you start to zoom down in the particular cities.

“So some will have a very high student population, and we would look and see, are the churches engaging with that population? If not, let’s go and see how we might do that. In other cities we might look at areas of urban deprivation, particularly in housing estates around the fringes of cities. In central London, we’re looking at workplace populations, where people commute long distances. So what can the church provide for people during the week?”

Would Jesus be a gentrifier? How Christianity is embracing urban renewal

Ric Thorpe, bishop of Islington, has previously pointed out that small rural churches have a higher number of clergy per capita than those in urban areas. He said, “If we are an outward-facing church we need to position people where they’re most needed. Eighty-three percent of people live in urban areas, but 83% of [church] finance doesn’t go there. It should.”

There is a remorseless reality about the demographic challenge that the Church of England faces. From some angles, this search for a secret formula to bring city-dwellers back into church looks like the energetic and imaginative relaunch of a video rental shop. Although, ironically, the scarcity of young Anglicans in the wider world might increase the church’s appeal to those who remain.

“It’s like family,” says Hazel Lynch. “That’s the best way to describe it.” Lynch is 22, a recent graduate of the University of Birmingham, and studying for an MA in theology. She has been interested in religion all her life, but not once had a housemate who was Christian. “Before I meet people I think they’re going to be a bit standoffish about it,” she says, “but actually my experience through uni was people being really open.”

Many of her friends even came to Gas Street with her, to see what it was like. For Lynch, on the other hand, Gas Street is one place where she is no longer a curiosity. “I walked through the door, and just felt at home,” she says.

Desert Odyssey: Planning Your Trip To The Tunisian Sahara