After wading, swimming and squeezing our way deep into the cave, passing stalagmites and stalactites with surfaces glittering from mineral deposits, our guide led us scrambling up a rock slope to an open chamber. Using his flashlight, he began pointing out the dramatic evidence that ancient Mayans used this space: dozens of earthenware vases, some perfectly intact; and well-preserved human skeletons, some showing evidence of the Mayan practice of skull shaping.

These are the remarkable treasures to be found inside the Cave of the Stone Sepulchre, also known as the ATM cave for the initials of its Mayan name, Actun Tunichil Muknal, located in the jungles of Belize.

I had come to the town of San Ignacio to explore the verdant interior of the country before heading to the coast. My base for the weekend was the Ka’ana Resort and Spa, the country’s only member of Luxury Hotels of the World.

The 17-unit Ka’ana opened in 2007 and underwent a refurbishment of its suites in 2017. Accommodations include suites, casitas and two villas that come with their own plunge pools and butler service.

As a guest of the hotel, I stayed in one of the suites overlooking the central pool area, waking up each morning to a chorus of birds and a view of lush, mist-covered foliage with splashes of red from bougainvillea flowers. The spacious grounds of the hotel are impeccably manicured, and several cascades throughout the property add a jungle-like feel.

A short walk from the accommodations area is the Ka’ana’s impressive organic garden and chicken run, which cover more than two acres and provide the resort’s La Ceiba restaurant with fruits, vegetables and eggs and its bar with herbs and spices for cocktails. 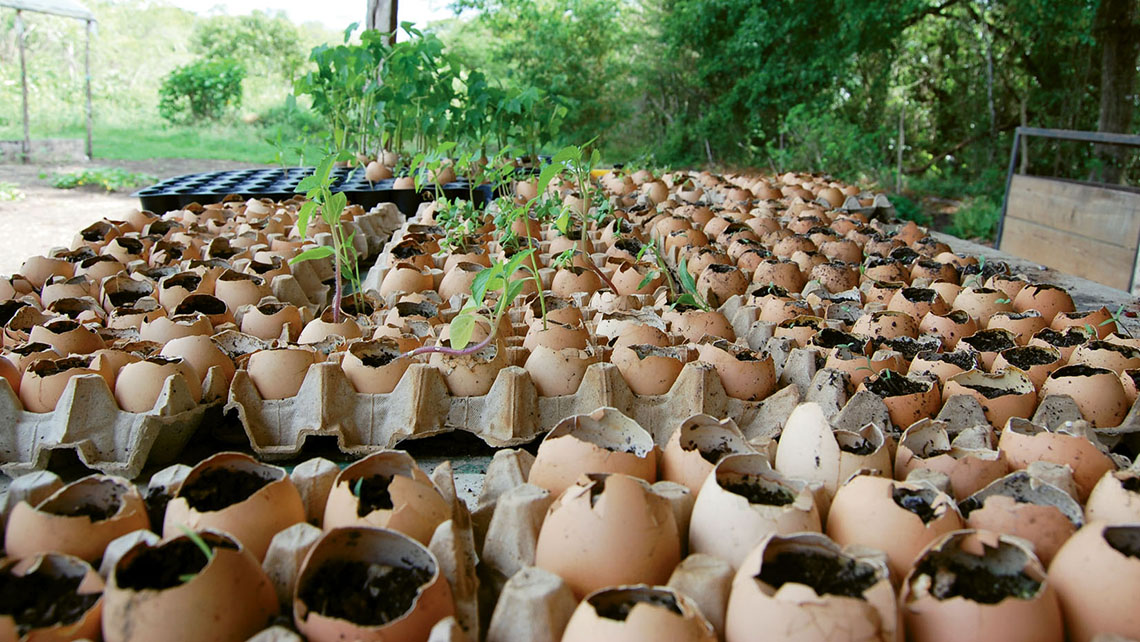 The food at the hotel was one of the highlights of my stay, with the fresh ingredients used for local dishes like griga sere, a stew of shrimp and fish cooked in coconut milk with cilantro, basil, garlic and habaneros.

As welcoming and relaxing as the hotel was, like most visitors to San Ignacio, I wanted to see what the surrounding area had to offer. The Ka’ana provides a “four perfect days” itinerary. Possible activities include a horseback ride to a Mayan temple, a treatment at the hotel spa, a cooking class at the onsite Mayan kitchen and a trip to the above-mentioned ATM cave. Many visitors to San Ignacio also arrange trips to the famous Mayan ruins of Tikal, a two-hour drive across the border into Guatemala.

After the cave adventure, I wanted a change of pace, so through the hotel I booked a tour of the Xunantunich ruins, located just a few miles away. My guide took me through plazas, temples and a ball court on the grounds and then to the top of the central building known as “the castle.”

The temple is the country’s second-tallest structure, and it offers incredible views of the lush Belizean countryside and the rest of the ancient site.

While I spent several hours at the ruins, Ka’ana guests can modify each activity depending on how much time they want to spend at a particular location. Additionally, staff will arrange for guests to have dinner served anywhere on the property, whether that’s the stargazing deck or their room’s porch or balcony.

Everything You Need to Know About Camping at the Grand Canyon

The Barracks Hotel Sentosa set to open its doors ·

Church House Westminster staying ahead of the curve with new appointments ·