Once upon a time in West Norwood, way back in the late 20th century, I ate a hash cake that froze my brain for 24 hours. Thirty minutes after ingesting the offending object, I felt nothing at all. Then I made the amateurish mistake of looking at my own reflection in the mirror of a pub toilet.

What I saw wasn’t me at all. I had morphed into something green and grotesque: a teenage gargoyle with bloodshot eyes. Profoundly freaked out, I rushed back to my bedroom, where I spent the rest of the weekend watching back-to-back episodes of Miss Marple.

“Never again,” I vowed that day. 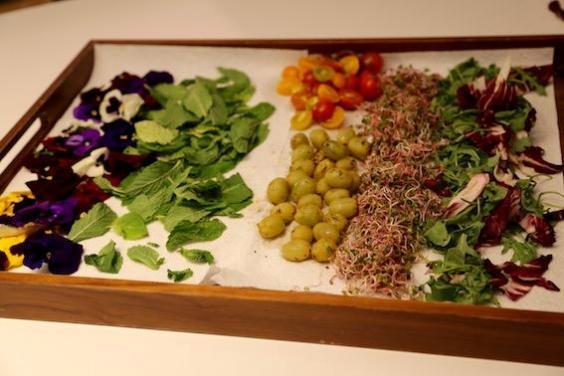 Some 20 years after the infamous “West Norwood White Out” I am about to break that promise. But this time, the scene is very different.

I find myself in a private garden in Venice Beach, as two attractive waitresses served Pinot Noir to six ever-so-slightly-anxious-looking guests. Marijuana was legalised in California in November 2016, with anyone over the age of 21 able to walk into an LA dispensary and buy weed since January 2018, and I am about to eat my first cannabis-infused meal.

I feel nervous to say the least. But Aaron Ziegler, the chef behind this dining experience, immediately puts me at ease.

“This isn’t some super-strong space cookie at a Grateful Dead concert,” he tells the table. “All the courses are very carefully dosed.”

And the food, it turns out, is phenomenal. We start with prosciutto, burrata, and fava beans picked from in Aaron’s own garden. The olive oil must have been sneakily spiked with its psychoactive ingredients, because it has only a subtle taste of cannabis. 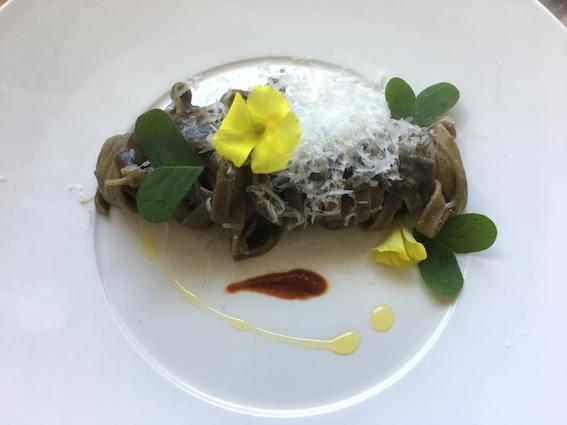 All Aaron’s products are locally sourced and lovingly presented – a far cry from the crap-coloured hash cakes of yore. His six-course cannabis-infused dinners with wine pairings start at $130 (£100) per person: not bad, considering a single weed-baked chocolate bar from a Hollywood dispensary can cost around $20. Details of his Friday and Saturday night events are posted to his Facebook page and bookings are made at Open Table.

Aaron is just one of many Angeleno chefs setting up shop as a “weed sommelier”. Andrea Drummer, a former executive chef at The Ritz Carlton in downtown LA, has launched a pop up dispensary, Elevation VIP, and her “tray-passing events” of weed-infused finger food start at $50 (£40) a head. 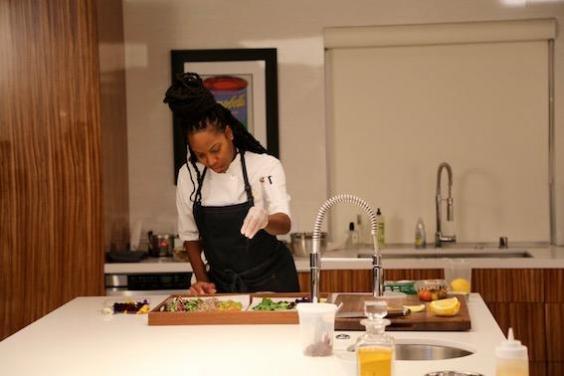 I catch up with Andrea at a private party she was hosting for a rapper whose name I can’t disclose (really – I had to sign an NDA). Suffice to say, it is the sort of grand, Hollywood home you might expect to see in an episode of Entourage with a glittering infinity pool and views all the way down to the beach. As I sit admiring the sunset, Andrea tells me how she got started in this weird and wonderful business.

“When I was living in New York, I thought weed smokers lay around on the couch all day,” she says. “But when I moved to California, I realised that this was a sacred plant with genuine healing properties. I wanted to incorporate that into my food and I wanted it to be accessible to everyone.”

Another notable weed entrepreneur, Chris Sayegh, is busy preparing for the opening of Herb: the world’s first cannabis restaurant. Chris will be the head chef and owner of the new space in Santa Monica, which is slated to open later this year. In the meantime, he offers overnight packages: one evening in a private villa in Malibu, with a bespoke cannabis menu (including dishes like lamb chop with THC-infused mint chutney, or New York strip steak with parsnip puree and spiked red wine reduction) which starts at $500 (£400) per person.

“I started out at Mélisse, a two Michelin-star restaurant in Santa Monica,” he tells me from his downtown office. “That’s when I learned about molecular gastronomy, where all the ingredients are weighed out very precisely. It was the perfect introduction to cannabis infusing. Dosing is probably the most important thing that we do.” 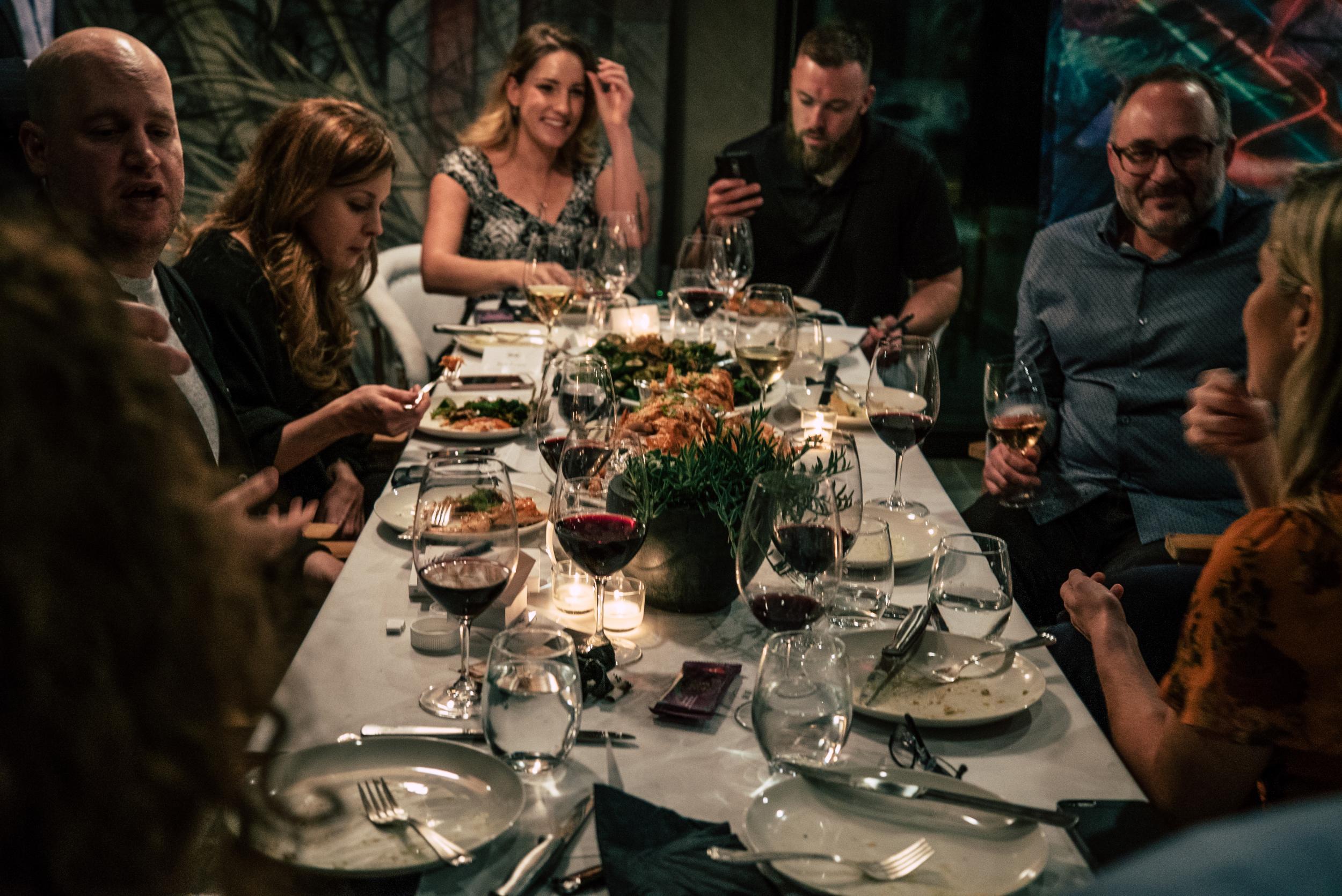 Meanwhile, back in Venice, we’re ready for our dessert: vanilla ice-cream with candied almond cookie and blueberry indica-infused honey. The wine flows steadily, and the couple opposite is waxing poetic on the Star Trek-themed art car they’re designing for this year’s Burning Man Festival. Looking around the table, we’re all grinning: a little pink-eyed, perhaps, but no-one seems out of control. No weed has been smoked – at least, not during dinner. We’ve each consumed somewhere between 10 and 20 milligrams of high quality marijuana: roughly the equivalent of a single joint.

After the meal, in the back of the cab, scarlet tail lights glitter on the freeway. Downtown shimmers ahead of me like a widescreen 3D projection, and palms sway above me in elaborate unison. Los Angeles is a towering apparition: a thing of beauty, mystery, and flickering transparency. The drugs, I think, are finally kicking in.

Aaron Zeigler’s six-course meals with wine pairings take place every Friday and Saturday night. Details are posted to his Facebook page. Contact Andrea Drummer through her website (elevationvip.com) and Chris Sayegh at theherbalchef.com directly for more details on their events.

Flight check: Flying from Sydney, Australia to Wellington with Qantas

Why this popular airline is Royal Family’s go-to – have you flown with the same airline?