You’ll have to put aside some extra money for your next trip to Bali, if the holiday island goes ahead with plans to slap us with a tourist tax.

The Bali government has drafted a bylaw that would make foreign tourists pay a levy to visit the island, with the earnings to be used to fund projects for the environment and Balinese cultural preservation, The Jakarta Post reported.

The levy is said to be $14 per visitor and applies only to international tourists.

“This will give us better fiscal space to support the development of Bali,” Bali governor Wayan Koster said.

The governor said he didn’t think the tax would discourage tourists from visiting.

“Tourists will understand. They will be happy to pay it as it will be used to strengthen our environment and culture,” he said. Bali is looking to slug international visitors with a tourist tax.Source:istock

Bali’s government is now looking at how the levy would be collected with one option incorporating it into the cost of airfares.

The bylaw seems to have widespread support among Bali’s leaders, according to The Post.

The head of the Bali chapter of the Indonesian Hotels and Restaurants association also welcomed the proposed tax — with a condition.

“As long as the levy is used for preserving environment and culture, I think it would not cause a decline in tourist numbers,” Ida Bagus Purwa Sidemen said. 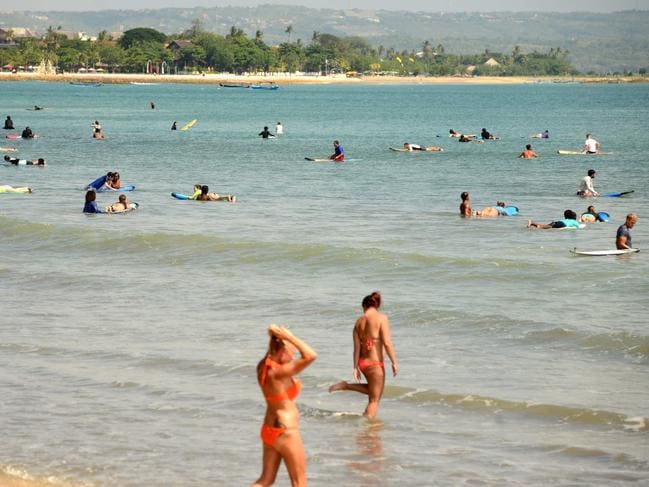 Australia and China are the biggest sources of international visitors to Bali. Picture: AFP/Sonny TumbelakaSource:AFP

“However, if there is no real program following the implementation of the bylaw, tourists may feel disappointed and it would lead to a decrease in tourist arrivals.”

Australia and China were the top countries of origins for the 5.7 million international visitors who travelled to Bali in 2017. The 2018 figure is expected to top 6 million.

This year, tourism is expected to inject $28 billion into the Bali economy, which is more than double the amount in 2012, Bloomberg reported.

The Indonesian island has been battling against a growing problem with plastic waste polluting its formerly pristine waters.

In December, the Indonesian island revealed it was banning single-use plastic items — such as shopping bags and straws — as part of plans to reduce its marine plastic by 70 per cent within a year. 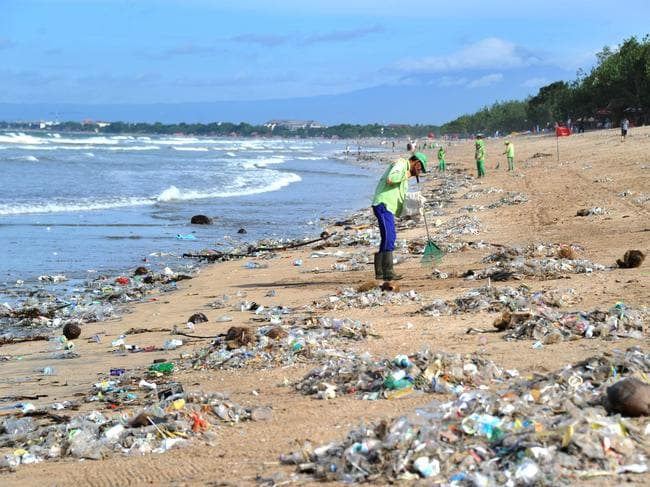 Bali isn’t the only destination to tax holiday-makers and other visitors.

This month, Japan started collecting a departure tax of ¥1000 ($A13) for each person leaving the country by aircraft or ship regardless of nationality.

Dubbed the “sayonara tax”, the levy will be collected each time someone departs the country and will be a cost on top of their airfare, ship fare and other travel fees.

It is understood the fee will be collected by the Japanese government and used to accommodate more foreign visitors, develop tourism bases and improve immigration procedures.

Aussies are exempt from the New Zealand tourist tax of $NZ35 that was introduced in June last year.

At $60 per person, Australia’s tourist tax — formerly called the Passenger Movement Charge — has been criticised for being one of the most expensive in the world.