Home » Destinations » Baghdad’s Green Zone reopens: ‘The politicians inside are sleeping on money’

In 2016 he was among thousands of angry protesters loyal to the Shia cleric Moqtada al-Sadr who broke into the fortified enclave that houses government institutions and foreign embassies.

And in a recent – and this time legitimate – effort to dismantle the barriers, Talal was part of a team of municipality workers who removed concrete blocks in the lead-up to the partial reopening of the central district last Monday.

But for Talal, 21, the changes haven’t gone far enough. “The Green Zone should be like any other neighbourhood. The streets should be open to everyone. I should be able to live next door to a minister,” he said as he sat outside a fast-food restaurant with a group of friends in the adjacent Harithiya quarter.

‘People are scared’: deadly legacy of Isis continues to shape lives in Iraq

Since the US-led invasion in 2003 that toppled Saddam Hussein, the Green Zone has been off-limits to most civilians. While the rest of the capital, known as the Red Zone, reeled from sectarian violence and terrorist attacks for much of the past 15 years, Iraq’s elites took up residence in the relative safety of the Green Zone. It came to symbolise enduring American influence and the growing disparity between Iraq’s leaders and their constituents.

The decision by the prime minister, Adel Abdul-Mahdi, to open parts of the high-security area came into force on the first anniversary of the government’s victory over Isis, in a sign that Iraq is enjoying a period of relative stability.

For a trial period of two weeks, cars are allowed to traverse the Green Zone from 5pm to 1am along 14th of July Street, a main thoroughfare that connects west and east Baghdad via the 14th of July Bridge – known as the “hanging bridge”. Side roads remain closed off and it is forbidden to stop along the way.

Sporadic celebrations could be seen on the night of the reopening, but for many Iraqis the partial return of the area of their city has been long overdue.

Talal and his friends live just a couple of miles away, but three of the five young men have never set foot in the Green Zone. “The politicians are comfortable inside. They are just sleeping on money,” said Abbas Fathi. “Look at the other neighbourhoods, they have nothing.”

The stark contrast between the Green Zone and the Red Zone becomes evident immediately on passing the entrance checkpoint on 14th of July Street. The streets are clean. Traffic is sparse and orderly. Green lawns and fountains line one side of the boulevard as it leads past the monument of the unknown soldier, built in the 1980s to commemorate the Iran-Iraq war and just one of many historic sites that have been unreachable for the public.

Hunain al-Qaddo, a politician, moved into the Green Zone with his wife and three children in 2011. Rather than it being a luxury, he says the relocation was a necessity to protect his family after he received threats. 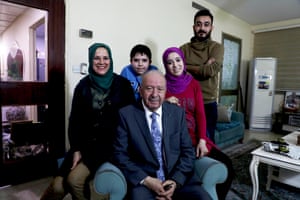 “It’s like living inside a prison,” Qaddo said. They need badges to enter and exit, while special permissions are required to leave at night and to move furniture, electronics or anything that could be used to assemble an explosive device.

The physical separation inevitably ushered in social segregation. Stringent entry procedures for non-residents have deterred relatives from visiting. Qaddo’s 12-year-old son has no friends outside the perimeter. His daughter Aya commutes to the Red Zone to attend university, but has not told any of her classmates where she lives. “It’s for security, but also because they would look at me differently,” she said.

While the family welcomes the partial opening of the Green Zone, Aya fears that extremist groups could take advantage of the move to launch attacks. “Maybe there will be more explosions and car bombs,” she said.

The very concept that parts of the city are safe while others are not has been a source of tension between Iraqis. “We hated the idea of having a safe area within the city,” said Husham al-Madfai, an urban planner and former deputy mayor of Baghdad, who lives in the Mansour neighbourhood. “So the government was safe while the people weren’t.” 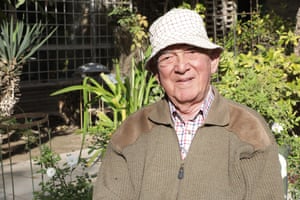 During his decades of public service, Madfai was in charge of developing master plans for the capital. Karadat Maryam, the Green Zone’s original name and one that Madfai still prefers to use, was supposed to be a residential area interspersed with government offices. But the Ba’ath party closed some roads after it rose to power in 1968. In 2003, US forces shut it off entirely, permanently reshaping Baghdad’s society.

“Normal citizens were pushed out,” Madfai explained, not because they were forced, but because movement restrictions made daily life impossible.

Baghdadis have yet to feel the impact of the partial reopening. During morning and afternoon rush hours, when the Green Zone is closed, the city’s dilapidated roads and bridges remain clogged with traffic. Traders near the entrance checkpoints still complain that soldiers hassle customers who want to park their cars for quick shopping trips.

Talal and his friends, in the meantime, are impatiently waiting for Abdul-Mahdi’s new government to deliver what they need most: jobs and services.

“If they don’t meet the demands for the people, we will once again storm the Green Zone. We will enter the ministers’ houses and there will be trouble.”

US: Waiting for a train through Mississippi

How United Is Working to Save SFO's Owls