Johhe rules the dancefloor at the Jam Jam club in Kobe. He spins, shuffles and launches a series of high kicks: His baggy trousers billowing as he syncs his moves to the steady tempo of singer Luther Ingram’s 1967 non-hit If It’s All the Same to You Babe.

“I used YouTube videos of dancers at Wigan Casino to help me practise,” says Johhe. The venue is – along with the Mecca in Blackpool, The Golden Torch in Stoke upon Trent and the Twisted Wheel in Manchester – regarded as hallowed ground for lovers of uptempo soul. “I used to spend hours perfecting my moves in my bedroom. I actually ended up wearing a hole in the tatami floor.”

Nurtured in dancehalls and ballrooms in working-class towns across the north of the United Kingdom in the 1970s, northern soul – a collector-friendly culture where fanatics like Johhe dance all night to rare American soul – is now experiencing a robust revival in Asia.

Nowhere more so than here under a busy shopping street in central Japan, where “Nude Restaurant” – one of Japan’s longest running soul nights – shakes the rafters of the subterranean club on the last Saturday evening of every month.

Up above, the centre of Kobe – Japan’s sixth-largest city – is liberally populated with human traffic, blissfully unaware of the dancefloor inferno that is rapidly smouldering underground. Glamorous girls clutch expensive brand-name bags as they totter to dinner from the Motomachi shopping precinct. In restaurants, diners slurp down bowls of locally-favoured shoyu (soy sauce) ramen or pay homage to the famously pampered Kobe cattle at yakiniku joints and steakhouses.

But down here, in a venue that evokes the atmosphere of legendary UK clubs like the 100 Club in Soho and the Cavern in Liverpool, the burning intensity of 1960s soul is being harnessed in incendiary style by Ryo Kitaaki, the founder of Nude Restaurant, and his crew, Izumi Sawamoto, Shuhei Yoshioka and Seiji Iwabuchi.

“Ankooru, ankooru,” (“Encore, encore”) yell the crowd as they move as one towards the DJ booth. It sounds like a football chant.

Behind the decks, the effervescent Kitaaki is a whooping ball of energy, urging the sharply-dressed patrons to even greater heights of acrobatic prowess on the sprung wooden dancefloor.

He obliges the faithful with Marvin Gaye. Not one of his greatest hits, though, but his obscure 1965 floor filler, This Love Starved Heart of Mine (Is Killing Me). It’s a track that’s legendary in northern soul circles, but all but buried amid the singer’s extensive catalogue. Here, the crowd goes wild. People punch the air, mouth the words and perform a series of energetic high-kicks and drops.

“There’s something very special about the atmosphere,” says Dave Flynn, the founder of London’s Capital Soul Club and a regular guest DJ at Nude Restaurant. “On the UK scene, even in its heyday, everything was a little bit more competitive and judgemental. It was less friendly. The guys that run [Nude Restaurant] are all very charismatic but they give out a friendlier vibe. It feels more inclusive, like a family. You can come here knowing nobody and leave with 20 new mates.” 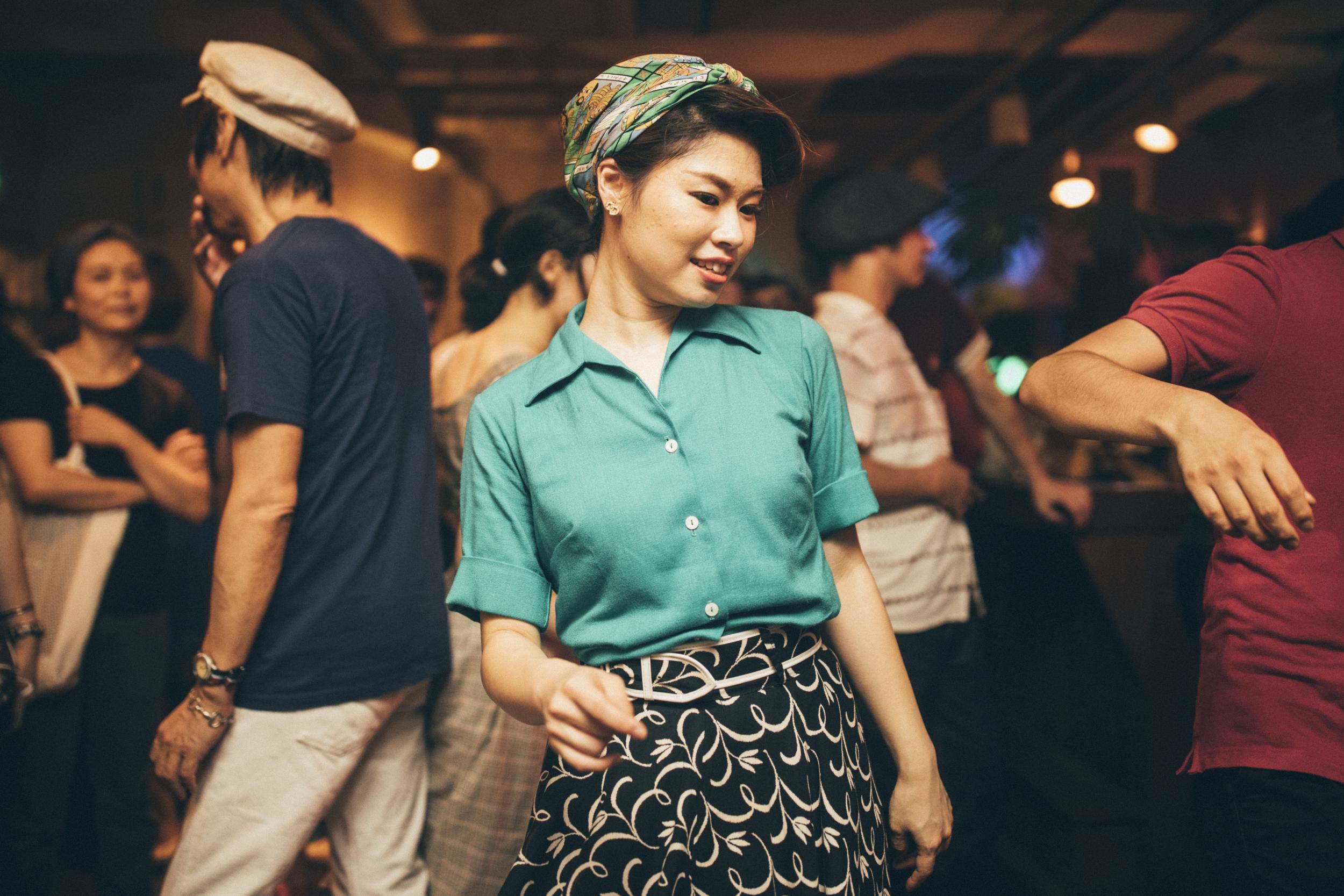 Northern soul isn’t a new fad in Japan – it’s been popular here for over 20 years.

“It was a huge challenge,” says Sawamoto. “We had no history, no knowledge, no audience, no records. We had to start from nothing and teach our audience what northern soul was. Songs, dancing, spirit – all of this we had to communicate to our crowd. And we have to keep passing on this information every month.”

It was a series of pilgrimages to the UK that formed the basis for Nude Restaurant as it is today. Kitaaki started the event in 1994 as a 1960s night, playing an eclectic range of beat, soul, R&B and jazz. But after visiting London’s 100 Club to witness a northern-only set by scene “face” Keb Darge, he changed his playlists. Sawamoto, Yoshioka and Iwabuchi made the same trip to further their musical education, returning with tales of sweat-soaked camaraderie and rare records, and with a willingness to spread the gospel in their home cities of Kobe and Osaka.

And it swiftly becomes obvious that the Kansai crew has created something rather special. As the team alternates behind the decks, the heat inside the club quickly builds. Northern favourites such as The O’Jays’ gliding I’ll Never Forget You and the joyous Gonna Be a Big Thing by The Yum Yums provide the soundtrack, as the scene’s star dancers unveil their repertoire of spins, kicks and drops.

“During the week, I’m a salary man. I work long hours,” says Sawamoto as he takes a cigarette break at the bottom of the stairs leading to the club. “Collecting, playing and listening to music like this is a huge sense of release for me.”

Back inside, things are winding down. The bar is dishing out last orders of Kirin beer and whisky highballs, as people chat in front of the decks or flop exhausted onto long leather couches. While the northern soul scene in the UK is famous for its all-nighters, licensing and noise laws in the centre of Kobe are stricter.

On the dancefloor, the lights come on to reveal a parade of grinning, sweaty, shirtless male dancers. Even the ladies, most of whom began the night channelling Twiggy and Cathy McGowan, are ending the evening slightly dishevelled. Kitaaki pauses, eyeing the clock before bringing the needle down on Love Slipped Through My Fingers by Sam Williams. As the driving beat kicks in, the floor sparks back into life. When the music is this good, nobody wants the dancing to stop.

The nearest airport is Osaka Kansai International. There are no direct flights, but indirect options include Finnair, Emirates and KLM. The journey takes around 13 hours and costs around £560.

For a good value, but suitably luxurious room in the centre of Kobe, try the Hotel Okura. Doubles from £73, B&B.

This country is no longer a destination on Expedia

Virtually tour stunning cliff-diving spots, from Mexico to the Azores