When the Korea Tourism Organization invited me to this year’s Korea Luxury Travel Mart, held in Seoul in September, I almost said no. It was a long trip for just two days of exploring and one day of meetings. But I couldn’t bring myself to pass up the chance to visit the Demilitarized Zone (DMZ) and get a fresh dose of Asian luxury and wellness.

It was a nonstop agenda with an interesting choice of stops, including facials at one of Korea’s famous makers of skin care products, a trip to a K-pop museum, the Korean Stone Art Museum and a quick walk through the hilly streets of Hanok Village, where visitors can rent traditional costumes while wandering around the 600-year-old traditional homes with ornate, sweeping roofs where people still live. 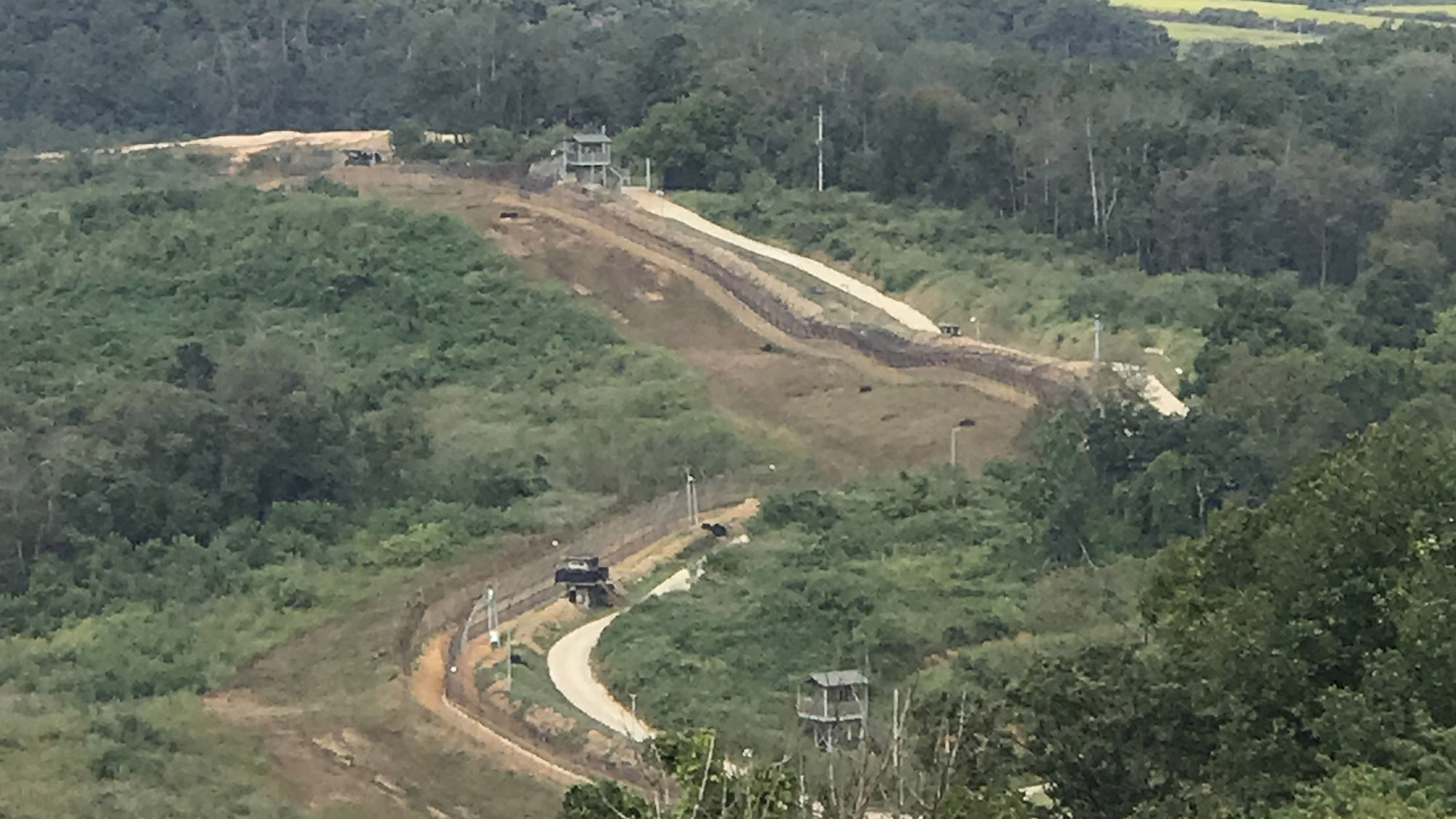 Jeri Clausing writes: “We entered the DMZ as the agreement to halt aggression along the border was being finalized.”

My visit also came at an interesting time, coinciding with the summit where the leaders of North and South Korea signed a pact designed to end decades of deadly tension along the border.

Across the city center, high-rises were draped with huge banners calling for peace and marking the date. And on the wide center median of one of its main avenues, Sejong-ro, more signs and large photo displays of South Korean president Moon Jae-in and North Korean leader Kim Jong Un during two previous recent summits were also on display amongst seemingly endless blocks of tents erected for fall street festivals.

On our van ride to visit the DMZ just a few hours before the agreement was signed, our guide optimistically speculated that the announcement might include the opening of the border.

Such a move is unlikely in the immediate future, but it’s something many Koreans have been hoping and preparing for for years.

For instance, inside the 4-kilometer-wide DMZ that has separated the peninsula for 65 years is a modern, new train station at the ready to reconnect the two countries, complete with an exit gate marked for Pyongyang, the North’s capital.

For now, however, the DMZ sits mostly empty, offering wildlife a pristine sanctuary along the Imjin River as well as a bizarre mix of run-of-the-mill tourist stops and memorials to the nearly 4 million people killed in the three-year war that was halted with a 1953 armistice agreement.

We entered the DMZ as the agreement was being finalized. Tensions were obviously low as soldiers came on the bus to do a cursory check of our passports while others outside rested their heads on a table and checked their phones. Along the actual military demarcation line, or DML, there were no signs of activity visible from the platform atop a tall hill where tourists are brought for distant views of the DML and far-off North Korean towns and villages.

The whole area, in fact, seemed like just one of so many other bus tour stops around the globe, complete with a small amusement park, gift shops, life-size figures of soldiers for souvenir photo-ops and even a Disney-like monorail to take visitors into one of four incomplete, hand-dug tunnels leading from North Korea that South Korea has discovered over the years.

Alongside the gift shops are small theaters where tourists can watch videos about the war and subsequent conflicts produced in a style reminiscent of World War II-era newsreels. 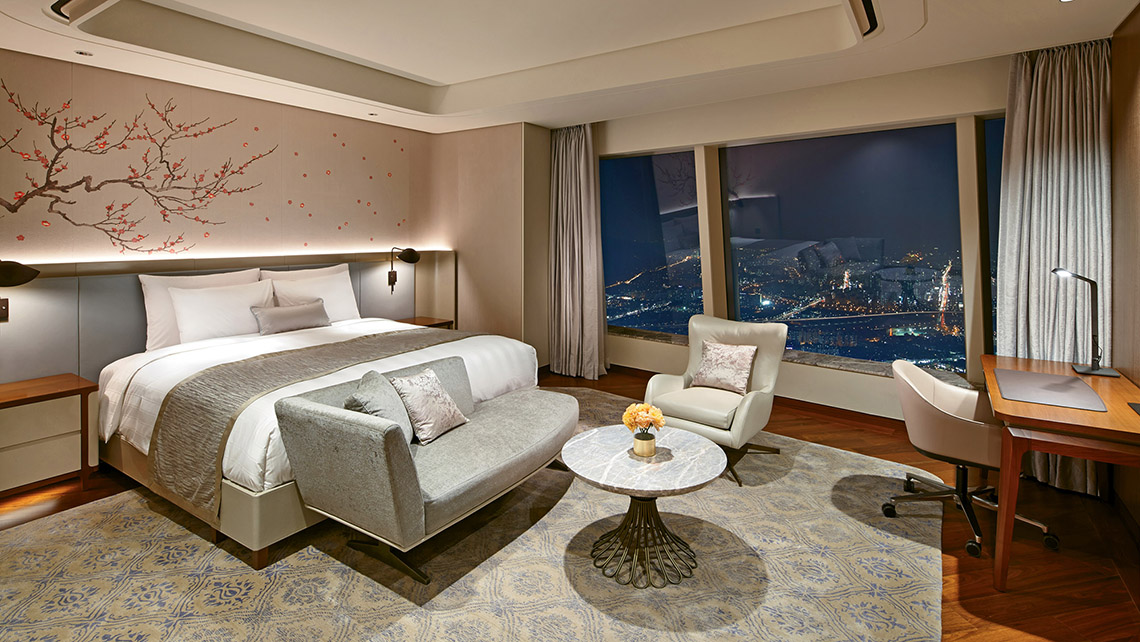 Raising the bar in luxury

The other highlight was the chance to stay in two of the city’s finest hotels. 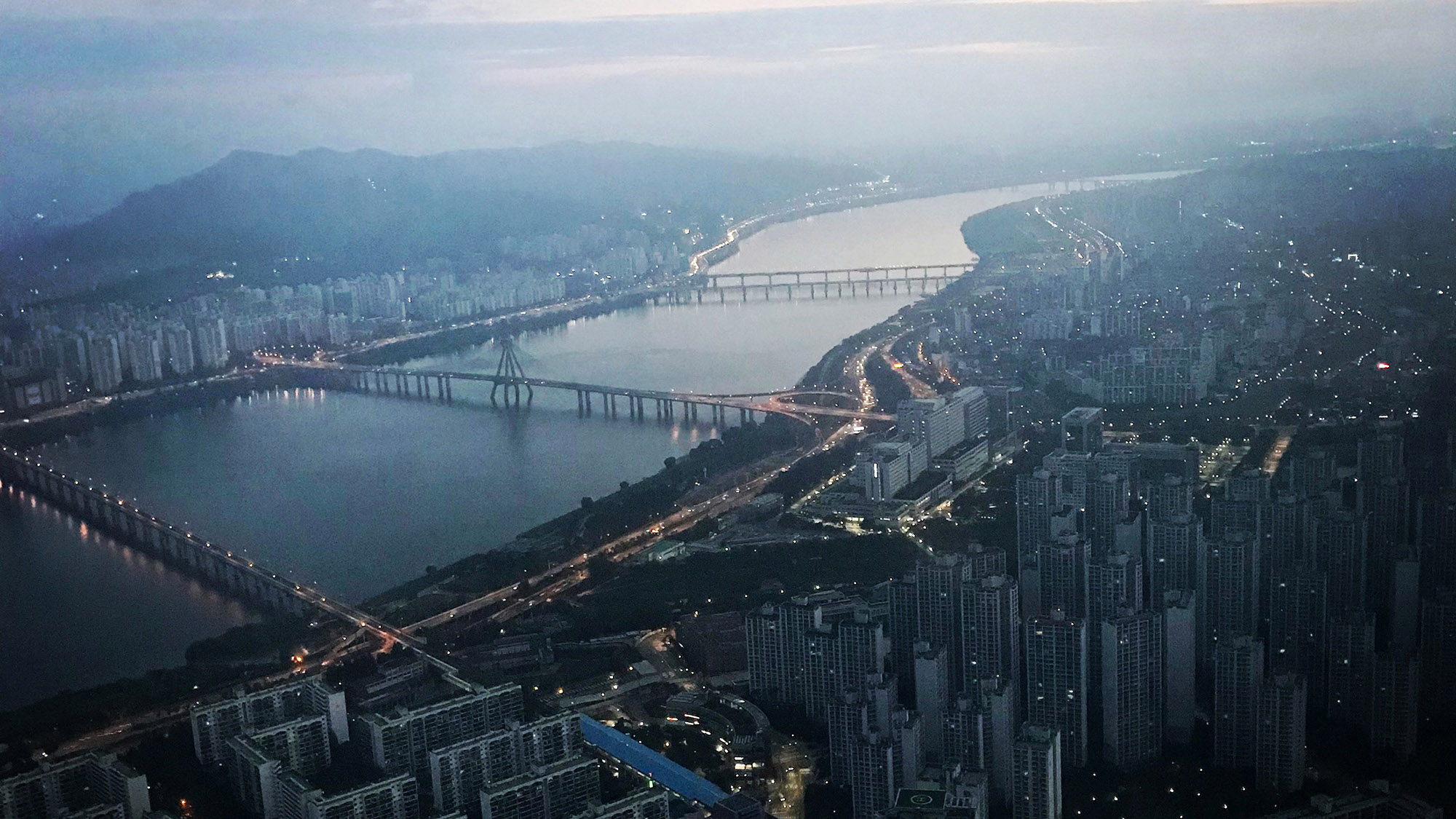 Jeri Clausing writes: “Getting here, of course, was miserable. The dread lifted the moment I checked into the Signiel Seoul.”

Our first stop was the Signiel Seoul, which begins on the 79th floor of the 123-floor Lotte World Tower, the fifth-tallest building in the world.

The ultraluxe, ultramodern hotel — with exceptional service, smart decor and sweeping views in all directions — was an immediate reminder of how Asia continues to raise the bar in luxury.

I was also immediately reminded of Asia’s leadership in smart-room technology when I opened the door to the private stall in my large, marble bathroom to see the lights come on, the toilet seat pop up and its automatic rinse function kick into gear.

We also spent a night at what many consider to be the city’s best hotel, the Shilla, which despite its proximity to downtown sits on about 22 acres. It has both a modern tower and a building done in traditional Korean architecture.

Both the Signiel Seoul and the Shilla are part of the Leading Hotels of the World collection. 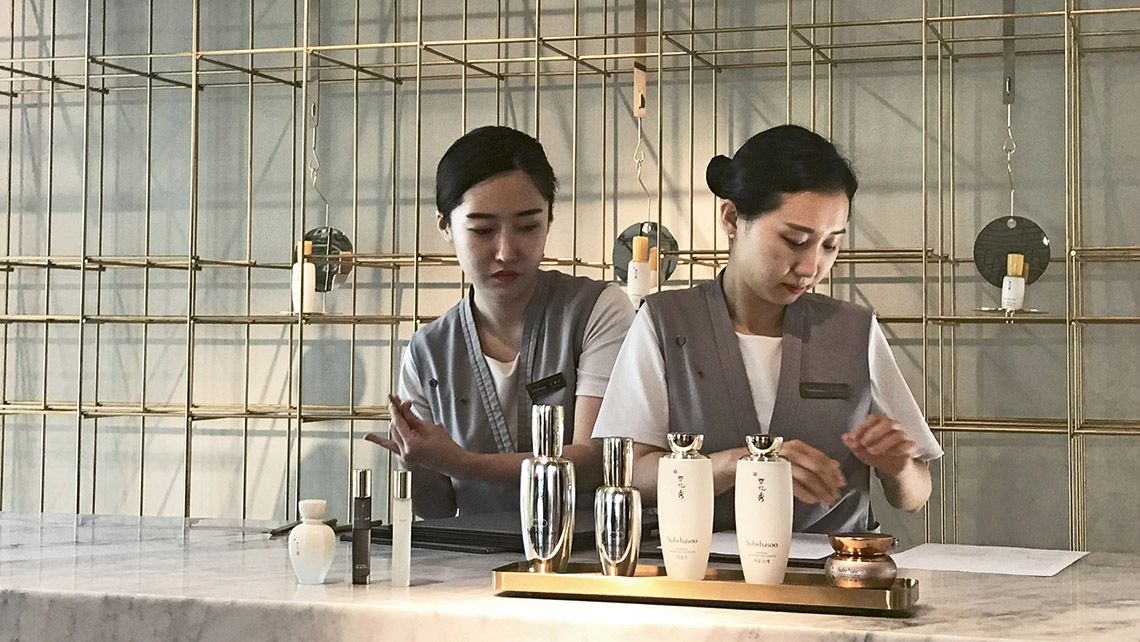 South Korea is known for its exceptional skin care products, and I enjoyed the pampering facial at Sulwhasoo, which is considered one of the country’s finest skin care brands. We also learned a bit about the company’s history and the secret behind all of its products: ginseng.

After lunch we headed to the SMTown Museum, which is housed in one of the city’s largest modern shopping centers. It’s what they call a “cultural playground to feel and experience K-pop artists.”

Some of the luxury travel advisers on my trip were scratching their heads at that choice for such a short sightseeing itinerary, but another said his teenage daughter was a huge fan of K-pop, so SMTown or one of the other similar museums run by different recording companies could be a decent add-on for families traveling to South Korea.

Hooray for half-term! Treat the family to one of these winter breaks