I had been living in South Korea for a little over a year when it really sunk in just how despicable North Korea’s growing tourism industry is.

I was sitting in a crowded room in Seoul, listening to Korean students holding forth from a podium. This was an English competition, something quite common among ESL programmes in South Korea. Each student was dressed up, shuffling their notes nervously, and beginning their introductions with varying tones of nervousness.

Except these weren’t just normal Korean students. They were North Korean refugees, and they were discussing how to help future refugees better integrate into South Korean society.

As the youngest of the group approached the podium, one of the judges flipped a sign. This was a reminder that no one could take photos or record this young woman. Why?

Because if any of these photos got back to the North Korean government, her entire family – which was still there – would be brutally punished on her behalf. 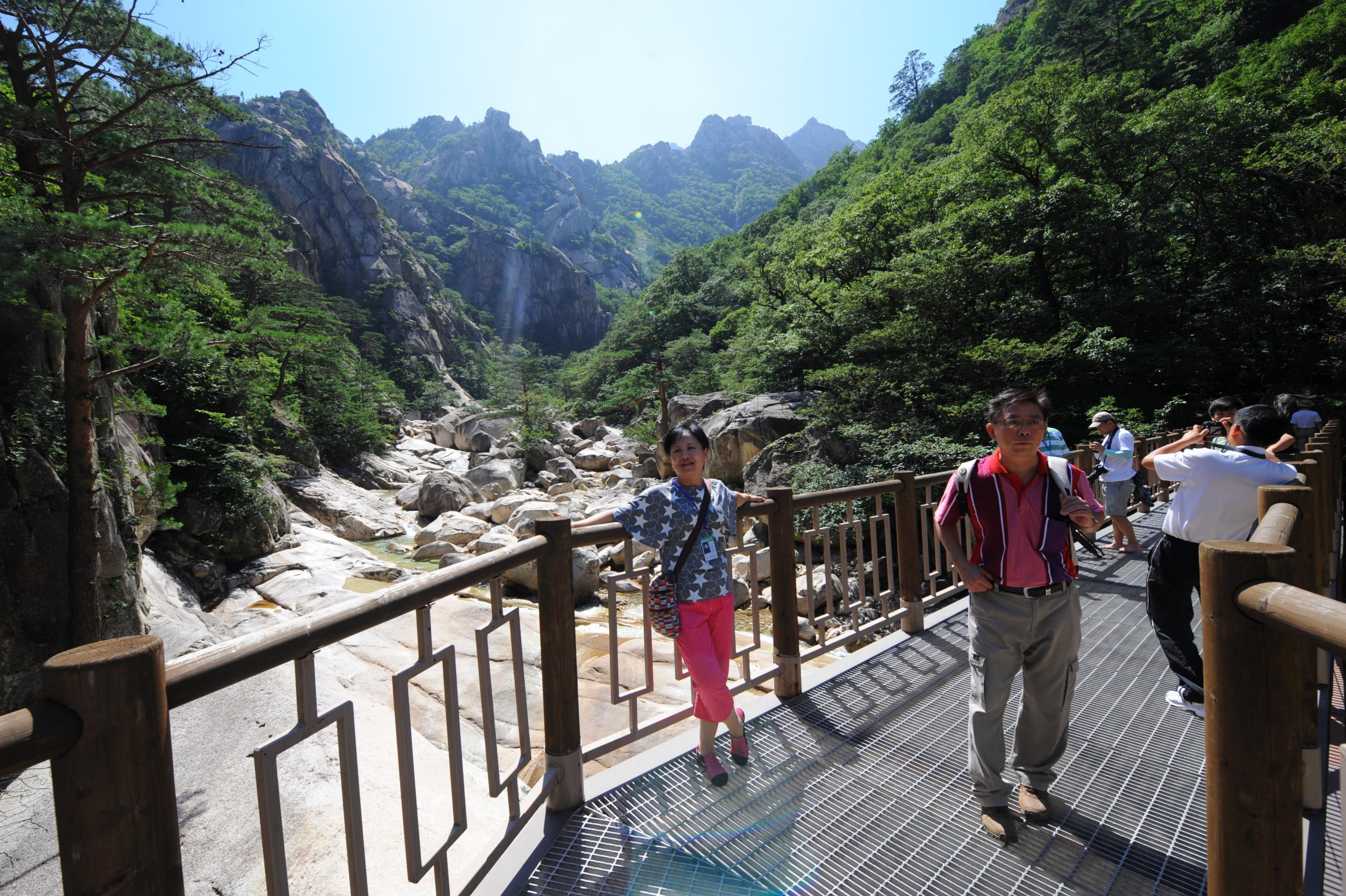 I thought of this young woman when news first broke of the death of Otto Warmbier, the 21-year-old American student who was sentenced to 15 years hard labour last March. Warmbier had gone on holiday to North Korea and was detained for a “hostile act” – that supposedly involved him stealing a propaganda poster from his hotel.

Warmbier has paid a heavy price for his curiosity. He was finally released last week with severe brain injuries, and was in a vegetative state back home in America before his death. The way he was treated, of course, is unconscionable. I cannot begin to imagine what he and his family have suffered over the past 18 months, and of course, he didn’t deserve whatever mistreatment he underwent. From a Western point of view, the punishment does not in any way fit the alleged “crime”.

However, I also think that Otto should have never gone on a tour of North Korea. And I think his terrible end reinforces that nobody should. I’m not just talking about safety concerns, either; I mean from an ethical point of view.

While it’s not normally necessary to base your travel plans on whether or not you agree with the government in power, North Korea is not a normal country. Since the Korean War armistice that split the peninsula in two in 1953, it has gone from communism to the oppressive regime we know it as today. Most cultures are fairly independent of their government. The opposite is very much true here.

As a traveller, you simply cannot separate the two. The government heavily controls (and essentially stages) any tour you go on. You never see or interact with anything or anyone they don’t want you to. You’re not “discovering” anything – you’re being fed pure propaganda.

When you choose to go on a tour of North Korea, you’re willingly giving money – about £1,000 is the going rate, though Warmbier’s was apparently a budget option – to one of the most inauthentic tours on the planet. You’re also helping finance a government with an abuse record as close to that of Nazi Germany as we’ve got since Hitler’s demise.

That’s no exaggeration – North Korea even has its own concentration camps. And unlike an unwitting tourist in 1939 who may have just wanted to see Neuschwanstein Castle and would have had no way of knowing what exactly was happening under Hitler, tourists to North Korea have no excuse, because we have proof. Not only do we have countless accounts from refugees, we can photograph them with current satellite imagery technology. These camps have seen all kinds of abuse from starvation, beatings, public executions, rapes, and more. Many North Korean prisoners don’t know why they’re there – and they certainly don’t have family and foreign governments lobbying for their freedom. Most of us don’t know who they are, and most refugees will never know what has happened to their families left behind.

Life’s not much better for North Korea’s everyday citizens, either. All forms of communication – whether what they see, read, or watch – are heavily restricted, and the punishment for being caught with anything foreign is severe. 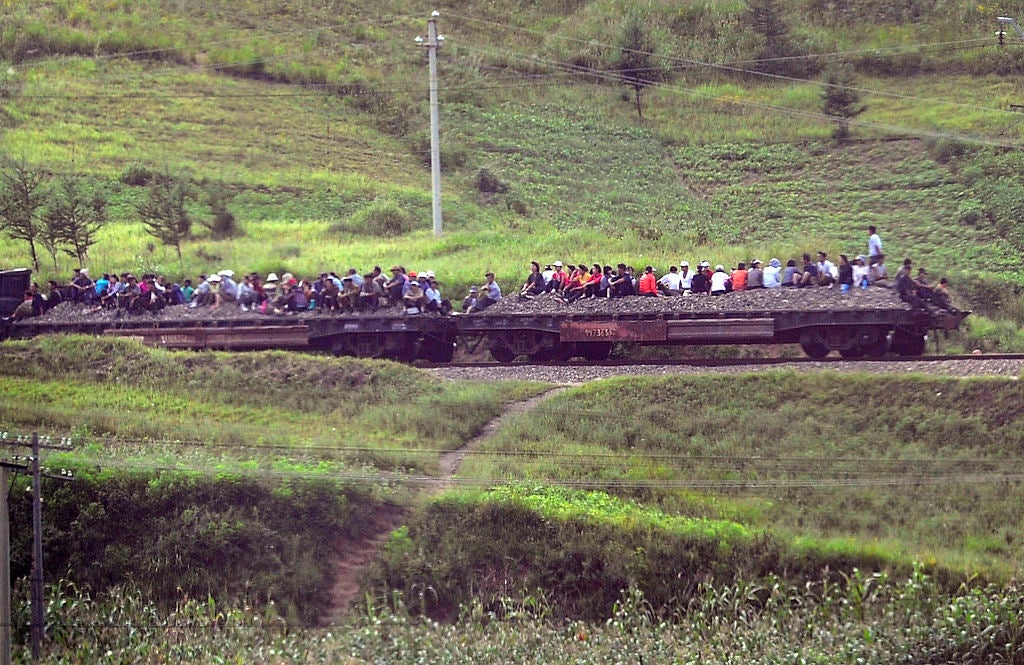 But more pressing than this pervasive censorship is the intense poverty most North Koreans are facing despite what the government would have the world believe. Most refugee stories involve some sort of starvation, and the World Food Programme lists that 70 per cent of the population are “food insecure” and suffer from chronic malnutrition.

If you travel to North Korea, you’re choosing to give money to a country that actively restricts its citizens’ rights of communication, covers up its own citizens’ starvation, and has concentration camps filled with the kind of torture and abuse we recognise from history books. You’re helping to fund a country whose refugees can’t risk being identified in case their remaining family members are punished on their behalf, one that is considered one of the worst countries for human rights abuses in the world according to the United Nations, Amnesty International, Human Rights Watch, and a multitude of globally respected organisations.

And while you’re flying in, instagramming the “cult” Koryo burger that’s served on the state airline, North Koreans are trying to get out, making the harrowing journey across the Tumen river into China where they might find freedom but are more likely to find more danger and fear.

So, harsh as it may sound, when I consider the larger scale of North Korea’s victims, I know where my sympathies lie. And I’m appalled that there are still people wishing to travel there, despite what happened to Warmbier. There are still many like him who are eager to give money to this government so they can take pictures and feel like they’ve entered and exited no man’s land unscathed. Who cares about human rights when it makes for a great Facebook post, right?

You know where that money is better spent? Well, if it’s really Korean history and culture you’re interested in, spend a week in Seoul. South Korea is more than happy to introduce you to every aspect of its culture, from Joseon-era history to the magic of Korean fried chicken. And if it’s North Korea you’re interested in specifically, pick up one of the many books written by refugees and journalists. Better yet, donate some money or time to the many charities and organisations who help refugees escape, resettle and succeed.

However, if you still choose to go one of these state-controlled, propaganda tours, know that your money, at best, is helping fund an oppressive regime and, at worst, is going towards concentration camps.

Alex Moore is a pseudonym

10 ‘Brady Bunch’ filming locations that every fan should visit