For every rugged, rocky karst peak sprouting from its soil, there must have once existed a different folk legend to explain southern China’s beguiling topography.

Midway through an awestruck cycle ride through plains of Yangshuo County in the country’s Guangxi region, winding through gnashing teeth lurching 300 feet into the sky, a mischievous friend told me locals still believe their landscape to be the work of an angry god. I wondered if it might be true.

It’s both an unfathomable and utterly familiar scene, a fairy-tale vista that has fascinated poets and painters for centuries. Intercut by waterways and perennially probing a moody mist, Guangxi’s looming limestone crags have inspired countless shan shui (mountain water) artists, a 1,500-year-old ink tradition. Likely the most famous example can be seen on the reverse of Mao Zedong’s portrait on China’s 20 yuan note.

That’s the kind of notoriety that has inevitably seen mass tourism do its worst. Domestic travelers have traditionally been drawn to the provincial capital of Guilin, which serves as the starting point for daily cruises down the famed Li River, scene of the banknote’s Yellow Cloth Hill. But visitors are better off making their base 50 miles south in the town of Yangshuo, where the boat-trippers typically stop for lunch, selfies and souvenirs.

“Guilin has the best scenery under the heaven, but Yangshuo is even more beautiful,” a popular local saying goes, in recognition not of the landscape but the congestion. 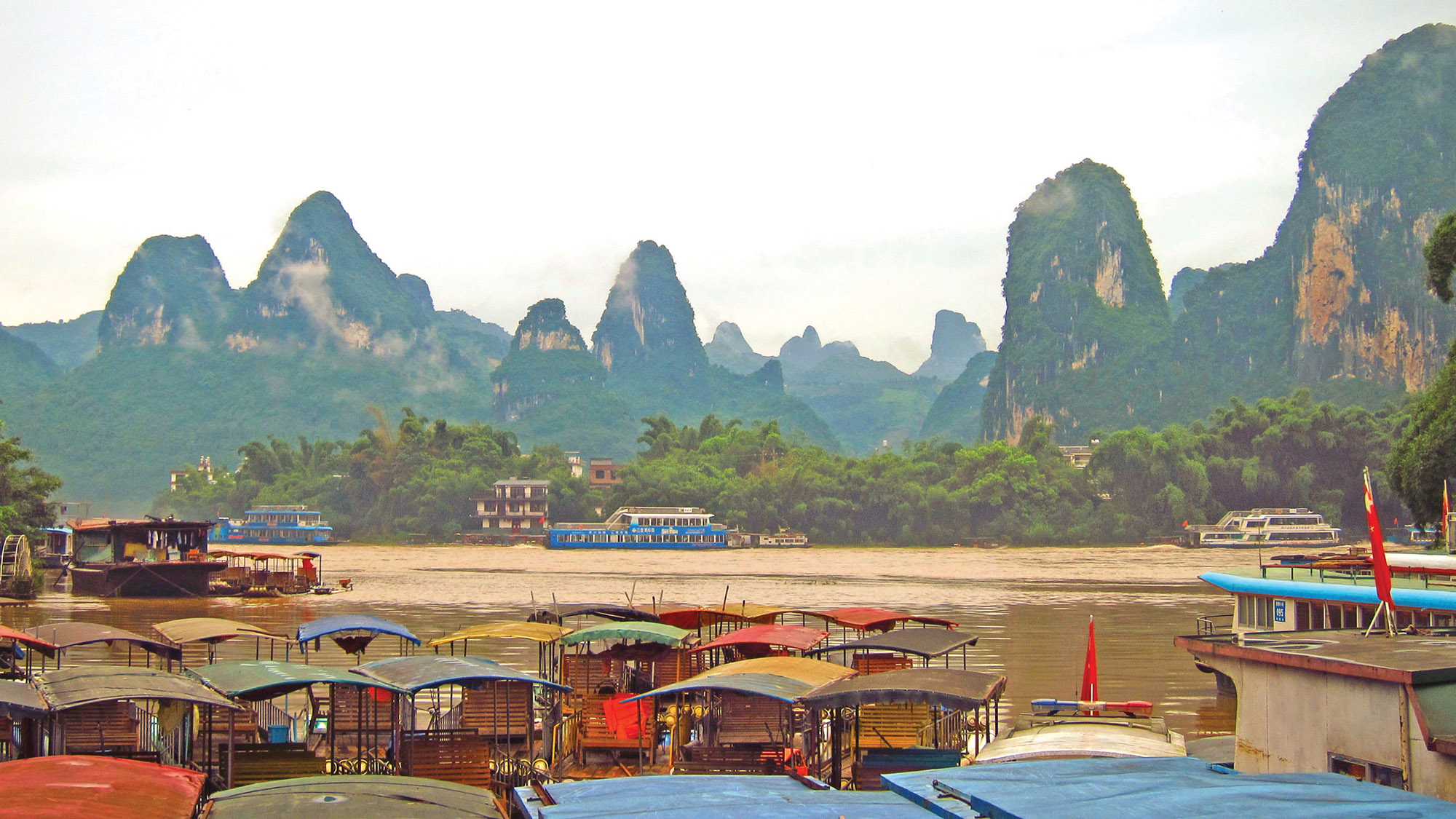 Yangshuo itself is not without the trappings of tourism. I visited over the Easter break with a dozen hardened Hong Kong residents — several claiming to have made the 300-mile pilgrimage annually for the past decade — watching in dismay as their once-cute town has been bulldozed and paved with parking lots. While a whiff of Yangshuo’s former life as a Western backpackers’ retreat lingers in institutions such as rooftop reggae bar Kaya, the central West Street drag has been subsumed by pushy vendors and pounding pole-dancing clubs.

But there’s no need to stomach any of that. Numerous quaint hotels, hostels and apartments dot the countryside. Most will rent bikes, mopeds or, better yet, e-bikes, enabling visitors to glide through serene rice paddies, past bearded, raft-riding fishermen and wallowing water buffaloes with zero effort and without making a sound.

After a few days, I wondered if the source of that Guilin/Yangshuo saying ever made their own 400-mile trip north to Zhangjiajie, home of another striking, storied landscape I passed through a year earlier. Because if picturesque Yangshuo boasts the most beautiful scenery “under the heaven,” then the slashing, jagged contours of Zhangjiajie in Hunan province may be hell’s retort from below.

Fittingly, this intimidating, unforgiving landscape is relatively inaccessible. While most enjoy Yangshuo by leisurely boat or bike, one has to really want to visit Wulingyuan, the entry point to the 18-square-mile Zhangjiajie National Forest Park. And once they’ve paid for admission (a two-day pass is about $38), visitors will have to work for those views. Even the keenest walker will face knee-busting ascents to take in the God’s-eye views depicted in promotional booklets.

While in town, visitors will want to keep another $38 in hand to visit the neighboring Tianmen Mountain. After ascending by the world’s longest cable car — a stunning 25,000 feet — visitors can complete a mile-high loop around the peak’s edge via a precarious system of trails and heart-stopping, glass-bottomed walkways.

For sheer topographical bewilderment, Zhangjiajie takes the cake. The drama of its 3,000 jagged peaks looks like nothing else on Earth, and the memory of it still leaves me breathless. But Yangshuo is by contrast a place to catch your breath, a larger landscape you can inhabit and imbibe. If Zhangjiajie feels alien, then Yangshuo remains of the Earth: Zhangjiajie wows, but Yangshuo woos.

Emirates airline to suspend most passenger flights from March 25

Schoolies cause chaos in Bali