My drawings are best described as written maps or graphic reportages. These pieces are from my book The Soft Atlas of Amsterdam. The title is a reference to Soft City, a book written in 1974 by British author Jonathan Raban. His idea is that the city is where the solid concrete reality of buildings and asphalt meets the malleable, subjective experience and expectation of the people who live and work there.

When I became an artist I discovered that the confined space of a studio was not for me. Walking around the city streets, meeting people was my way of being an artist. I visited many cities before I explored Amsterdam, the city in which I was born and raised.

I discovered that my Amsterdam was just a small part of the city – and it struck me that I had actually seen more of Manhattan than certain parts of my own city.

There are cat cities and dog cities. In dog cities, you throw a stick and it comes back with its tail wagging. Cat cities are reticent and harder to judge. Amsterdam seems to be a dog city at first, until you discover that it’s really a cat city pretending to be a dog. Below are four different places in the city that offer four very different perspectives. 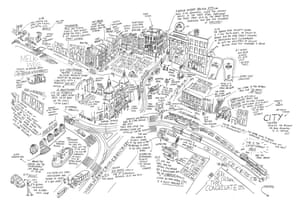 As someone born and bred in the city, this is a square I avoid. When I made this drawing I did something I had never done before: I went into all the cafés and spoke to people and allowed the place acquire a human quality. 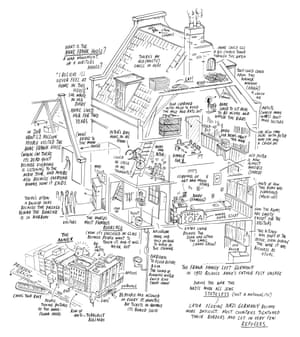 The Diary of Anne Frank has been translated into over 60 languages and is one of the most read books in the world. About 1.2 million people visit The Annex every year. 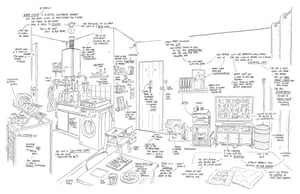 In The Netherlands a big group of people work as housekeepers in private houses, many without declaring their income, making them vulnerable and dependent on their employers. Exactly how big this group is nobody knows. 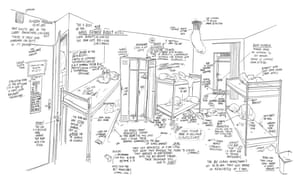 Amsterdam is a favourite among people in their twenties, who make up the biggest group of visitors. The Hans Brinker Budget Hotel was one of the first hotels to cater for these groups.

Jan Rothuizen has published several books and exhibits his works internationally. His drawings are published monthly in Dutch newspaper De Volkskrant. He made the prize winning interactive documentary Refugee Republic and is currently in Colombia working on a new book and interactive about the country

If you’re an illustrator or graphic artist with an idea for The Illustrated City series, email us at [email protected]

Year off: Kate Middleton and William’s gap year travels to Florence and Chile