Mellow reggae drifts over from the bar as I stand on Tokeh Beach, tinged gold by a glorious sunset, with a G&T in hand and gentle warm waves tickling my feet. It’s an idyllic tropical setting that could easily be mistaken for the Seychelles, but few visitors venture here despite its beauty. Welcome to Sierra Leone.

In the summer of 2014, 12 years after the end of a devastating decade-long civil war, Sierra Leone went into lockdown just when it should have been booming. The cruel and catastrophic Ebola virus was running rampant and the country screeched to a halt.

Unsurprisingly, travellers stayed away, but Sierra Leone is now very much back in business. And Rob Morley, co-founder of Tailormade Africa and Africa Marathons, is campaigning to revive the country’s tourism industry. Working with British charity Street Child, he’s donating £30 from every booking to help the 12,000 children affected by Ebola and is one of the few tour operators offering trips here.

“Sierra Leone has a negative image, yet it has huge potential,” says Morley. “It’s a work in progress, so it needs travellers with a sense of adventure and patience. People need to see the positives. Their religious tolerance and peaceful elections deserve credit, especially in today’s climate. And there’s the amazing resilience of the country, which was true even before Ebola.”

There are other positives too. KLM started new flights from Amsterdam in March. New roads are improving access to the Western Peninsula’s popular beaches and to Tiwai Island, a 12km-squared forested reserve with one of the world’s highest densities of primates.

New hotels are springing up around the country, including Radisson Blu and a Hilton in the chaotic capital of Freetown. Even cruise ships are returning: once regularly docking in the world’s third largest natural harbour, Silversea visited Freetown in April with a repeat cruise scheduled for 2018. 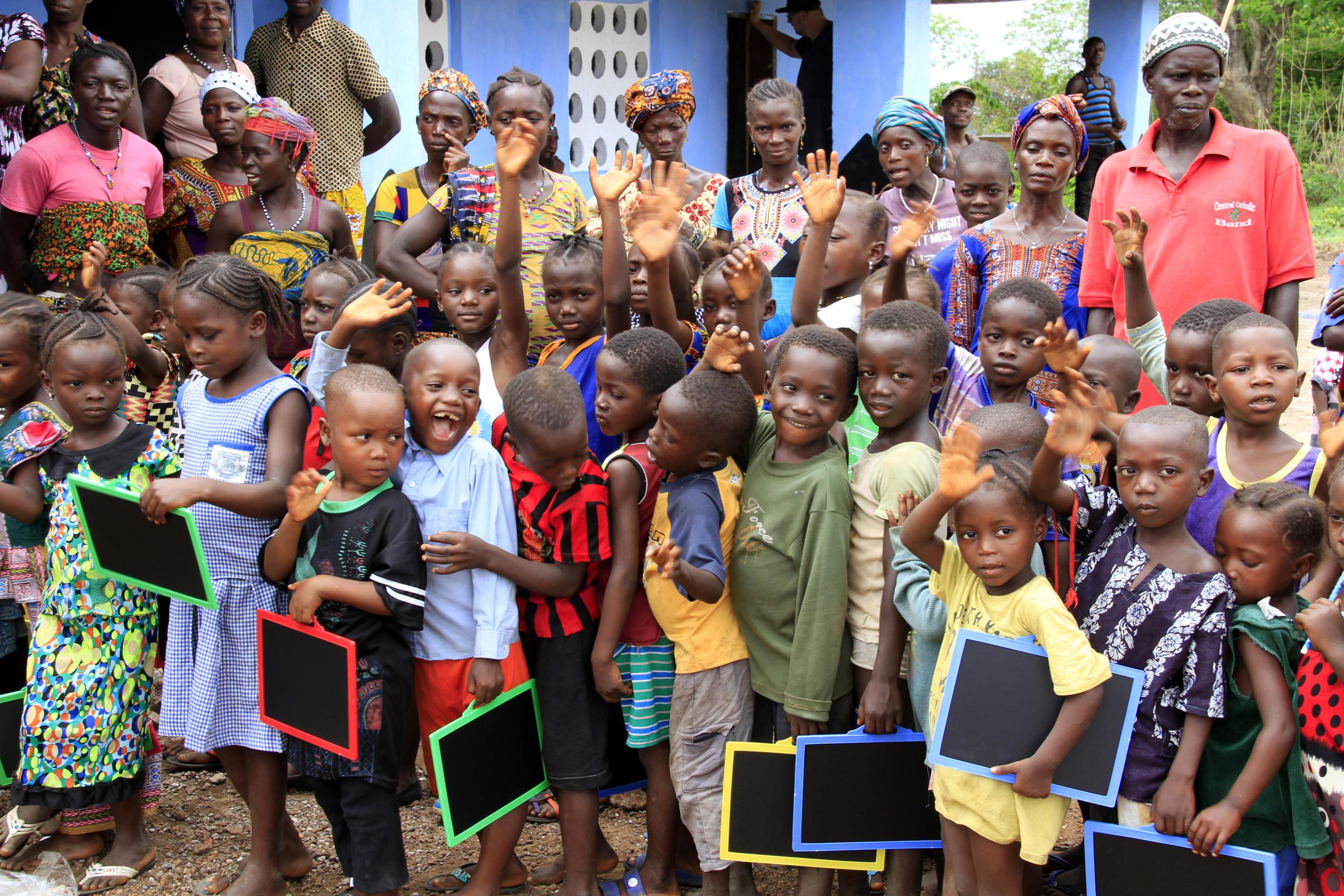 It was slave-trade ships that drew British colonialists here from 1670 to 1807. An hour’s boat-ride from Freetown brings us to Bunce Island, once the country’s biggest slave port. Some 50,000 Sierra Leoneans left its shores in shackles bound for America; thousands more died.

Today, history haunts this eerie place and neglect highlights its poignancy – crumbling vine-smothered walls mark out cells, and canons lie overgrown with weeds. A timely application for World Heritage Site status is pending, with plans to preserve the island’s history before it disappears completely.

The country’s natural heritage thrives at Tiwai Island Wildlife Sanctuary in the Moa River, six hours’ drive east of Freetown, with rare pigmy hippos, 11 primate species and 135 bird species. On boat trips and forest walks, we spot red colobus and beautiful Diana monkeys frolicking in the canopy, then discover a palm-fringed beach with honey-coloured sandbanks. In another country, this pristine paradise would have been snapped up by some exclusive lodge.

But Tiwai’s only camp has struggled. Closed during Ebola, it was almost destroyed by a disastrous storm in October 2015. Pretty but basic, with dome tents under shelters, its solar power still isn’t working and the kitchen is unfinished. “This is a work in progress,” Tommy Garnett, founder of Environmental Foundation for Africa (EFA), tells me. “Soon we’ll have electricity, films, maps and heritage trails with local communities.” 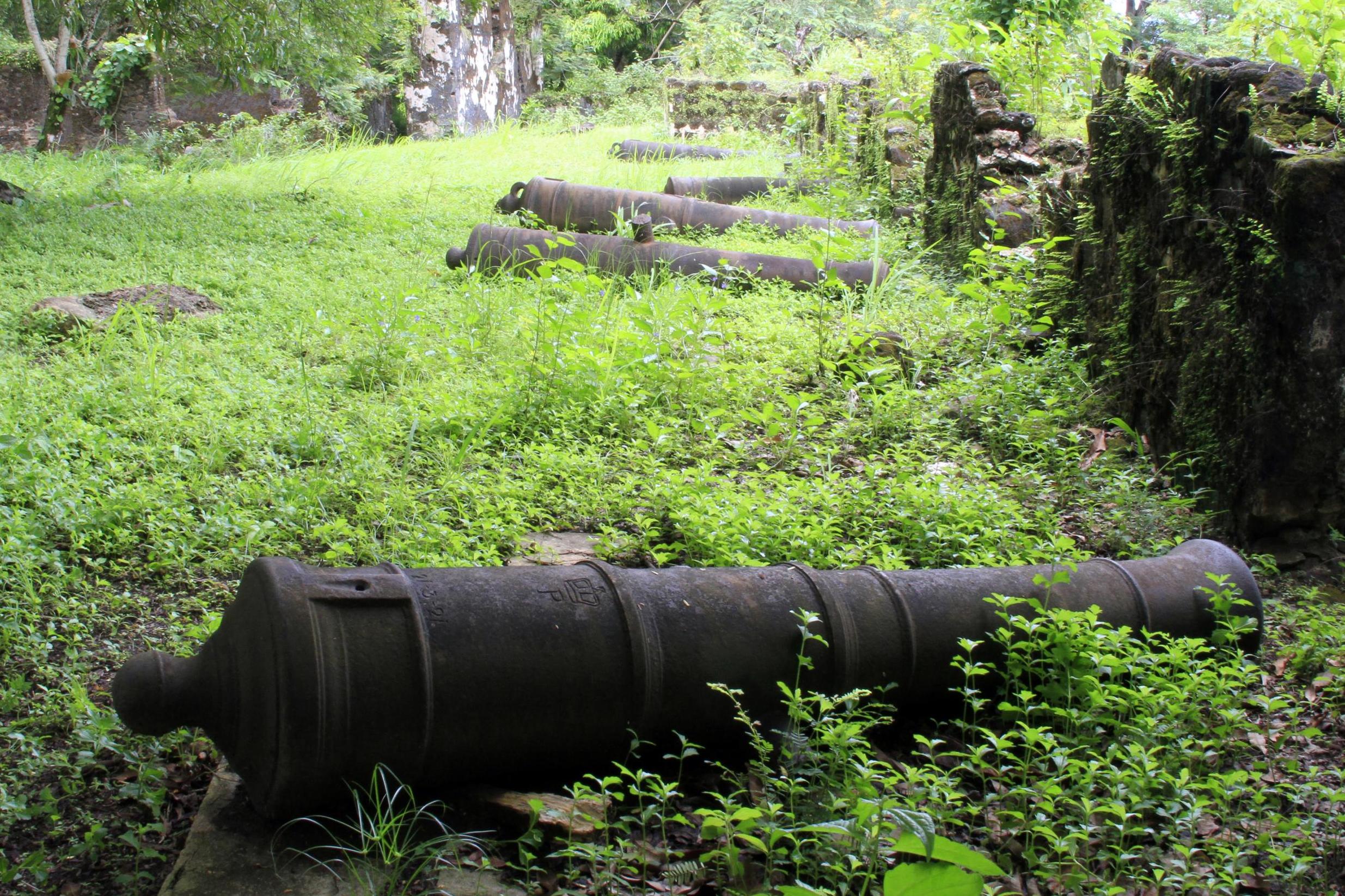 Garnett has worked with Tiwai’s Administrative Committee for 15 years, creating an ecotourism destination benefiting the eight communities around the island. They too have struggled. “Although no one died of Ebola here, its impact was huge. These are hard-to-reach places, we had no food and had to rely on EFA,” says Chief Alameen Kanneh, Tiwai’s co-chairman.

They’ve had little support to develop tourism. “The government’s like an upturned pyramid,” Kanneh says. “The money’s all spread out at the top but very little comes to us at the bottom. We have to take control and do it ourselves.” Their efforts are already succeeding: schoolchildren are coming to learn about conservation and visitors are returning on new weekend package-trips from Freetown.

Tokeh Beach on the western Peninsula is also picking up. A playground for glamorous French celebs and parliamentarians in the 1980s, the once-popular Africana Resort lies in ruins, ransacked during the war. In its stead is The Place, a luxury hotel owned by British-Australian mining entrepreneur Chris Brown. 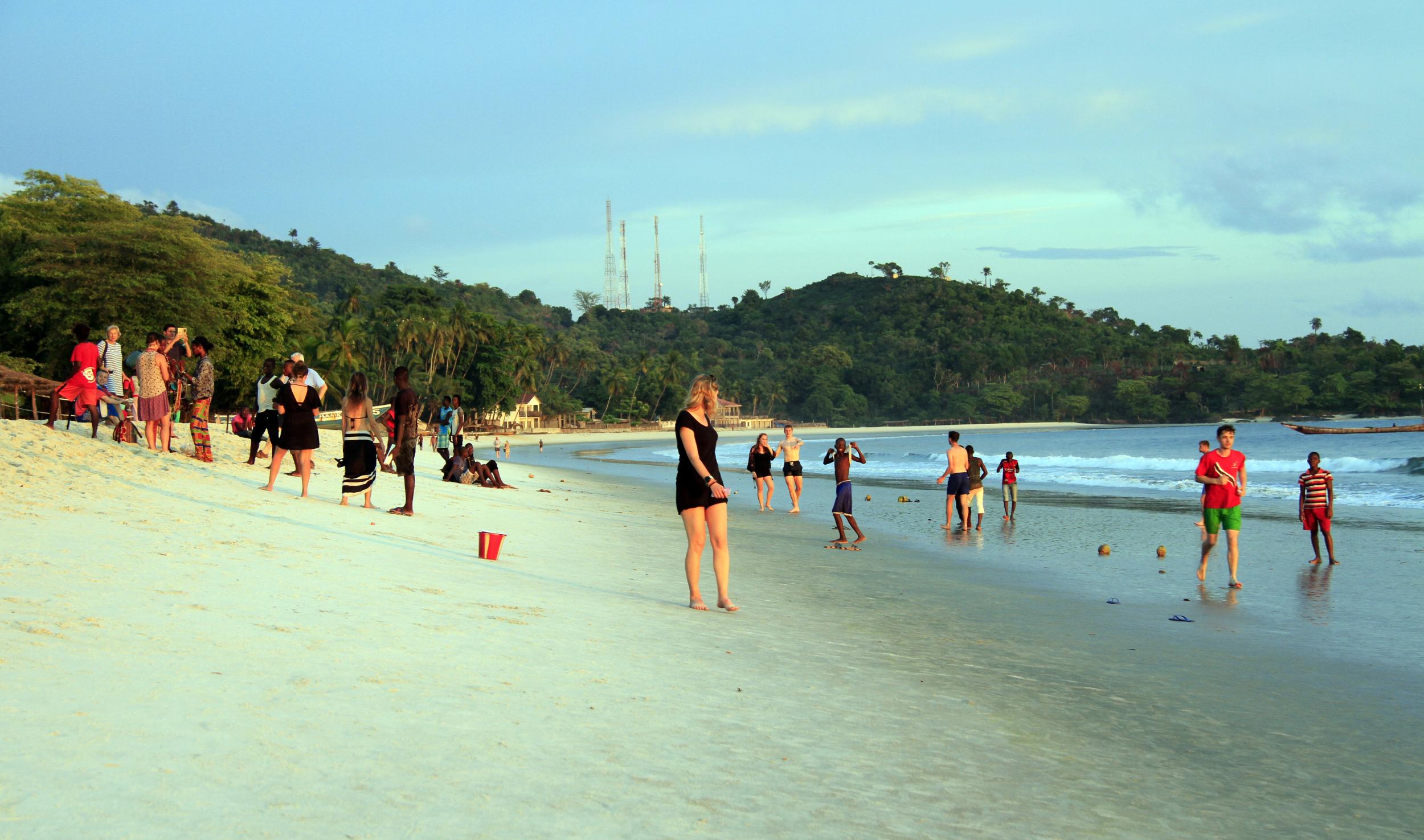 “We opened in April 2013 and were just about making a profit when Ebola struck,” he tells me. It became the base for Save the Children and Aspen Medical, but most staff had to be let go. Throughout, Brown has supported the local community. “I’m proud of our relationship with Tokeh village and the work we’ve done in providing them with fresh water, toilets and a new school,” he says.

Today, The Place is buzzing with 100 runners who’ve come to party and to chill after Street Child’s marathon in Makeni, northern Sierra Leone. Unusually, the charity is helping re-start tourism. “Since 2012, we’ve brought 600 to 700 runners here. They’re now all advocates for the country,” Tom Dannatt, Street Child’s CEO, tells me. “They don’t come to Sierra Leone for pity’s sake but for pleasure, for the run, for its beauty and for its people.”

I’ve no doubt that, like me, many will be back.