The talk after almost three months of battling the coronavirus in the U.S. – a battle that is still being waged – is when we will get back to normal.

‘Normal’ as we know it is gone, especially when it comes to traveling.

And some of the biggest tourist destinations in the world will be different, including New York City. Much of that will be the impact of social distancing, which is apropos for a city of eight million people.

Seeing a play or a musical is wonderful.

Seeing a play or a musical on Broadway, in Manhattan’s Theater District, is magical.

Anybody who ever sat cheek-to-cheek at any number of New York’s theaters and cheered throughout ‘Hamilton’ or roared at the end of ‘To Kill A Mockingbird’ or stood and danced to the music of the Four Seasons at ‘Jersey Boys’ knows what we’re talking about.

The key phrase there being not cheered or roared or danced, but instead cheek-to-cheek. If you don’t leave a New York theater with your hips aching from being squeezed into a seat then you haven’t done it right. Going forward, you still might have those aching hips, but you probably won’t have anybody on your left and right invading your space.

In all likelihood, events like Broadway shows, concerts – say goodbye to Billy Joel’s streak of sellouts of his house residency at Madison Square Garden – and sporting events will play to half-capacity in the interest of social distancing. In fact, it might take a lot more than just sitting in every other seat at a Broadway theater to maintain a six-foot distance.

And you can be sure that on Wednesdays and Saturdays, traditional days when Broadway has an afternoon matinee in addition to its nightly shows, there will be a far more intense cleaning of the theater than just picking up cups and candy wrappers.

And, sadly, in some theaters that seat less than 1,000, cutting the capacity will take away some of the aura and atmosphere.

New York City restaurants thrive on turnover, making sure tables have multiple customers throughout the night. Let’s just say that unless it’s a highest of high-end eateries, you’re not going to be able to whisper sweet nothings into your date’s ear and linger over espresso without being slightly nudged to, ahem, move it along.

That’s only going to get worse. If restaurants need to maintain spatial integrity when diners are able to sit down again – meaning a restaurant likely only half-full due to social distancing – then turnover at tables is going to come at a more furious pace.

You finished with that steak? Dessert? No? Here’s the check. See you next time.

But, like even the smallest hometown Memorial Day parade, it’s going to be quite difficult to put together an outdoor event with hundreds of people cramming into the thin width of a New York City sidewalk. 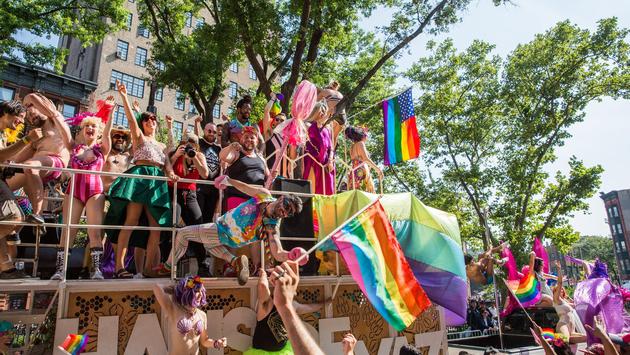 The city has something called alternate side of the street parking. It’s to ensure that those who do keep a vehicle in New York can’t just park it in the same spot for days – weeks? – on end. Instead they must get up every morning and move their cars, allowing everybody a crack at a free parking spot on the street instead of paying several hundred dollars a month for a garage spot.

Are you ready for alternate side of the street walking?

It’s a far-fetched idea, sure, but just like grocery stores have made their aisles one way to avoid oncoming patrons, it’s a possibility that New York City avenues and streets could adopt a similar strategy, especially if tourists return in droves.

How many tourists just love to wander into Tiffany and do a little daydreaming of what they could wrap up in that little blue box, without actually ever walking out with a purchase?

Or head to Bloomingdale’s just to buy something small to get that Little Brown Bag?

Too many to count.

We’re not sure how this could be policed short of rudely asking if you plan to purchase anything, but it’s quite possible you’ll be waiting a while to get into Macy’s just to ride the old-fashioned wooden escalator. 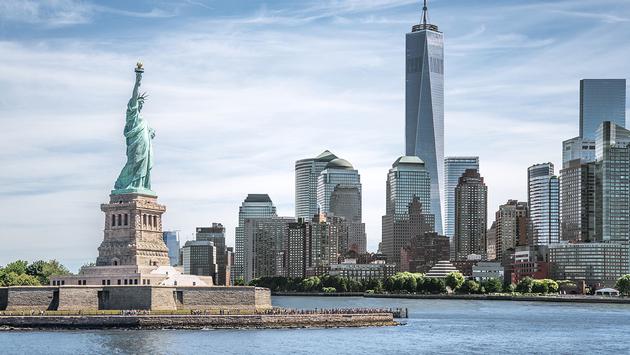 Speaking from personal experience of, literally, thousands of trips to New York City, we’ve never waited longer than a few minutes to just pay the admission and waltz into the Museum of Modern Art or the Metropolitan Museum of Art or the Intrepid aircraft museum. Or any number of similar sites.

That will likely change as well.