I’m a sucker for a big ship. To me it’s like a trip to Manhattan — I love the hubbub, the restaurants, the shows.

So it’s no surprise that my first four days aboard the Wonder of the Seas’ maiden cruise did not disappoint.

Can the newest and biggest ship on the seas also be the most fun? On the Wonder, the extra space has been carefully and thoughtfully put to use to add touches that customers have been asking for. 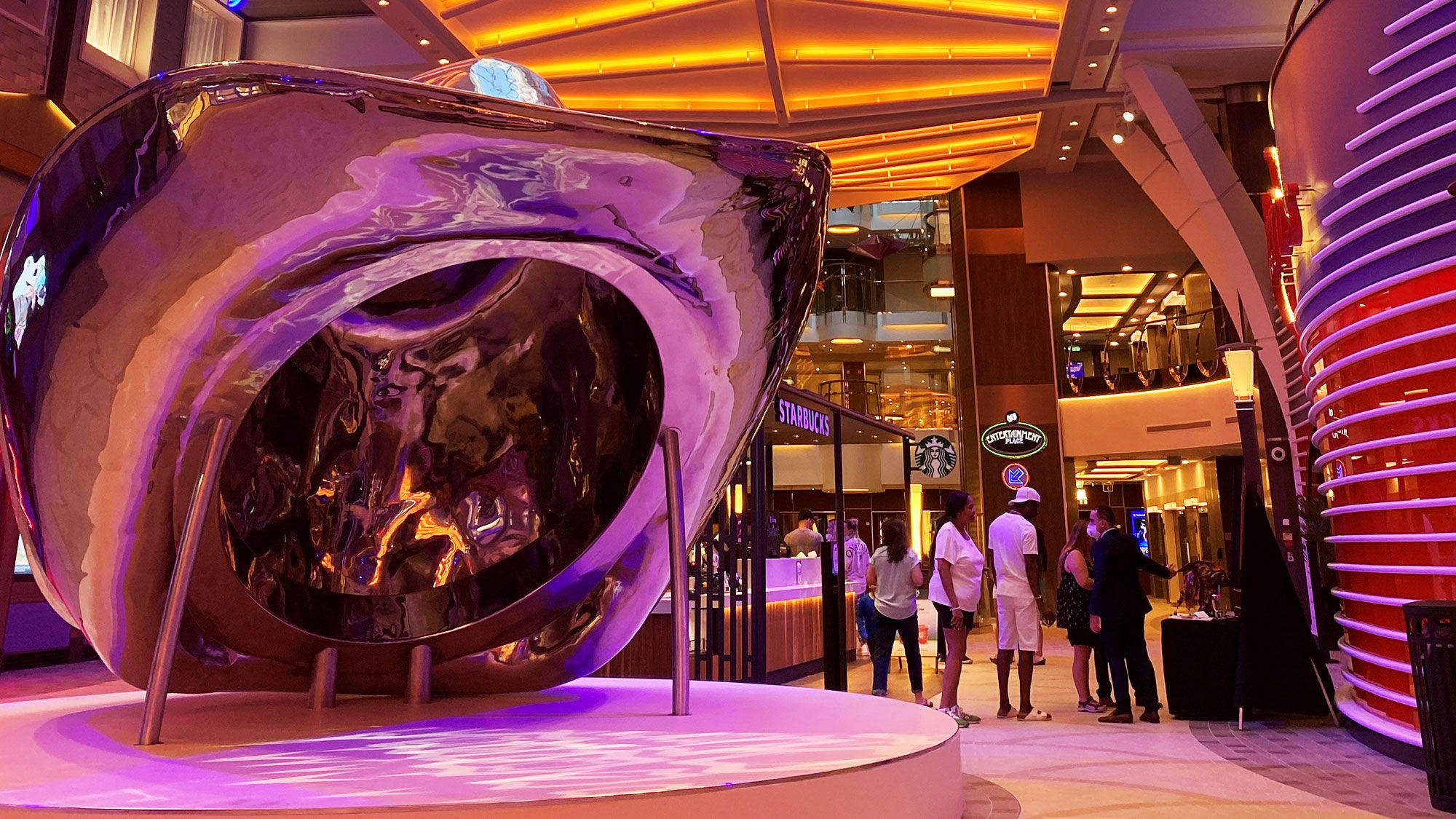 There’s more water to play and relax in, more art to look at, more technology firing up the entertainment. There’s more room for families and kids to hang out, together or apart. There’s more country in the music and more Southern in the food. And starting in November, there will be the fun of homeporting near Orlando.

Here’s what else makes Wonder of the Seas more fun:

Suite guests can spend the entire week in their private space if they so choose. They have their own sundeck, lounge and restaurant. (I’ll have more on the Suite neighborhood in an upcoming report.)

Expansion of the pool deck

Everything is bigger and prettier around the pools. The kids’ water park has moved closer to the adults, making things easier for families. There’s a Cantina Fresca serving handcrafted margaritas and other cocktails. There are chaise lounges in the water. The big screen is bigger. You can’t go wrong with more things to do, eat and drink while you’re in your bathing suit. 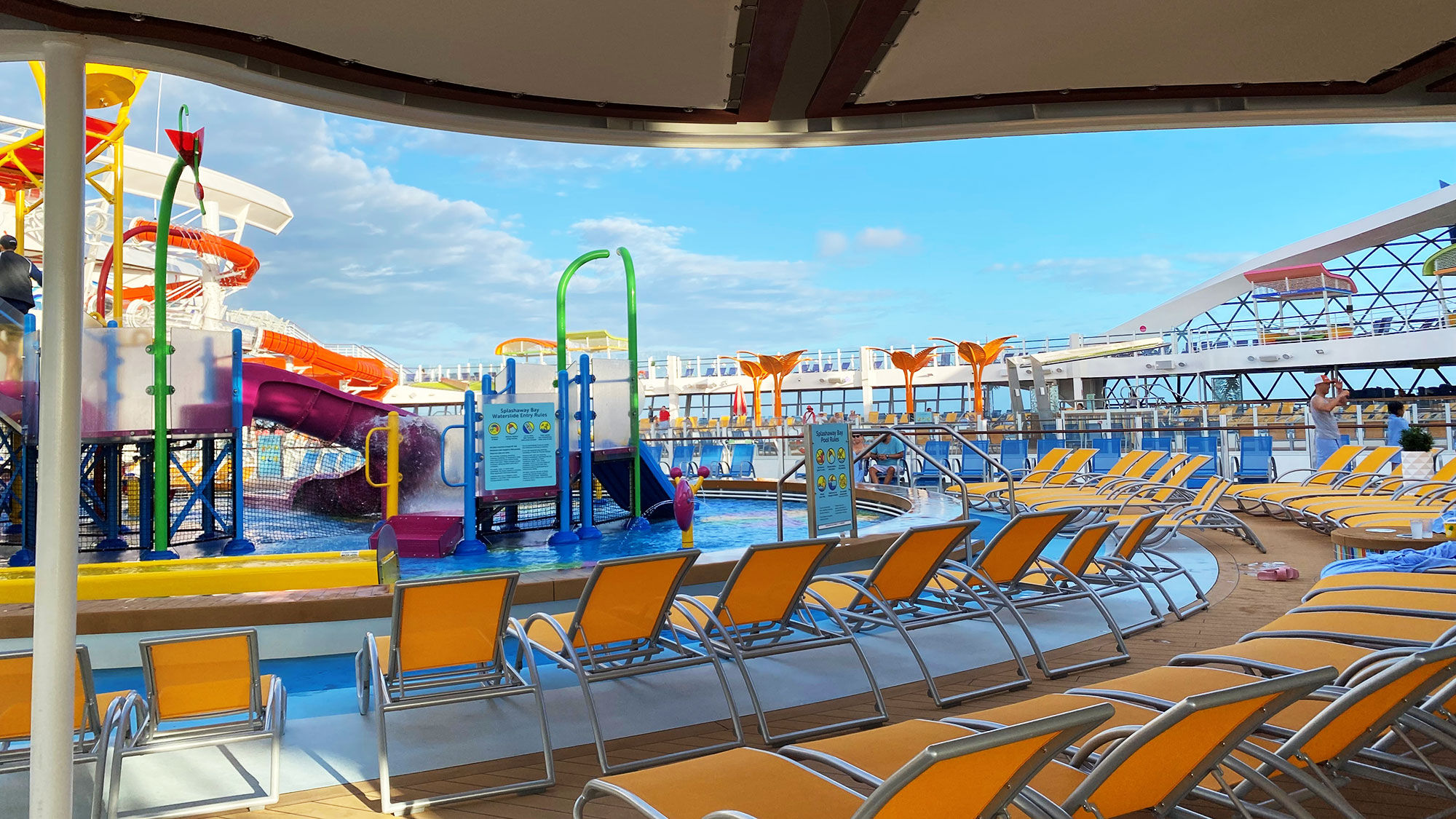 New shows with something for everyone

Three shows — “Tap Factory,” the new “Intense” and the new “365: The Seasons on Ice” — use more technology and fewer words. That makes them even more fun for the kids, the hearing impaired and those who are not native English speakers.

“Intense” stars an all-female cast performing aerials and acrobatics in the AquaTheater. The new ice show in the Studio B ice rink is an expression of the changing seasons through the movement of skaters.

Joining the lineup in July will be “The Effectors II: Crash ‘n’ Burn” in the Royal Theater. The original “Effectors” is a tech-driven, drone-flying hit about superheroes and villains that is currently running on Odyssey of the Seas.

I haven’t seen it, as no adults are allowed. But I’ve heard it’s amazing, with an indoor space with video games and an outdoor one with a hot tub and teen bar. (Thirteen-year-old Sraddha Maganti of Texas said it’s “super cool, and I got to meet tons of new people from all different ages and places, and they’ve been super nice!”

The largest Windjammer Café ever

There’s now an aisle of sofas for chatting and waiting for your party to show up. There’s more sinks for washing hands. And, the new design offers a new kind of best seat in the house, overlooking Central Park and beyond, to the AquaTheater and then the sea. 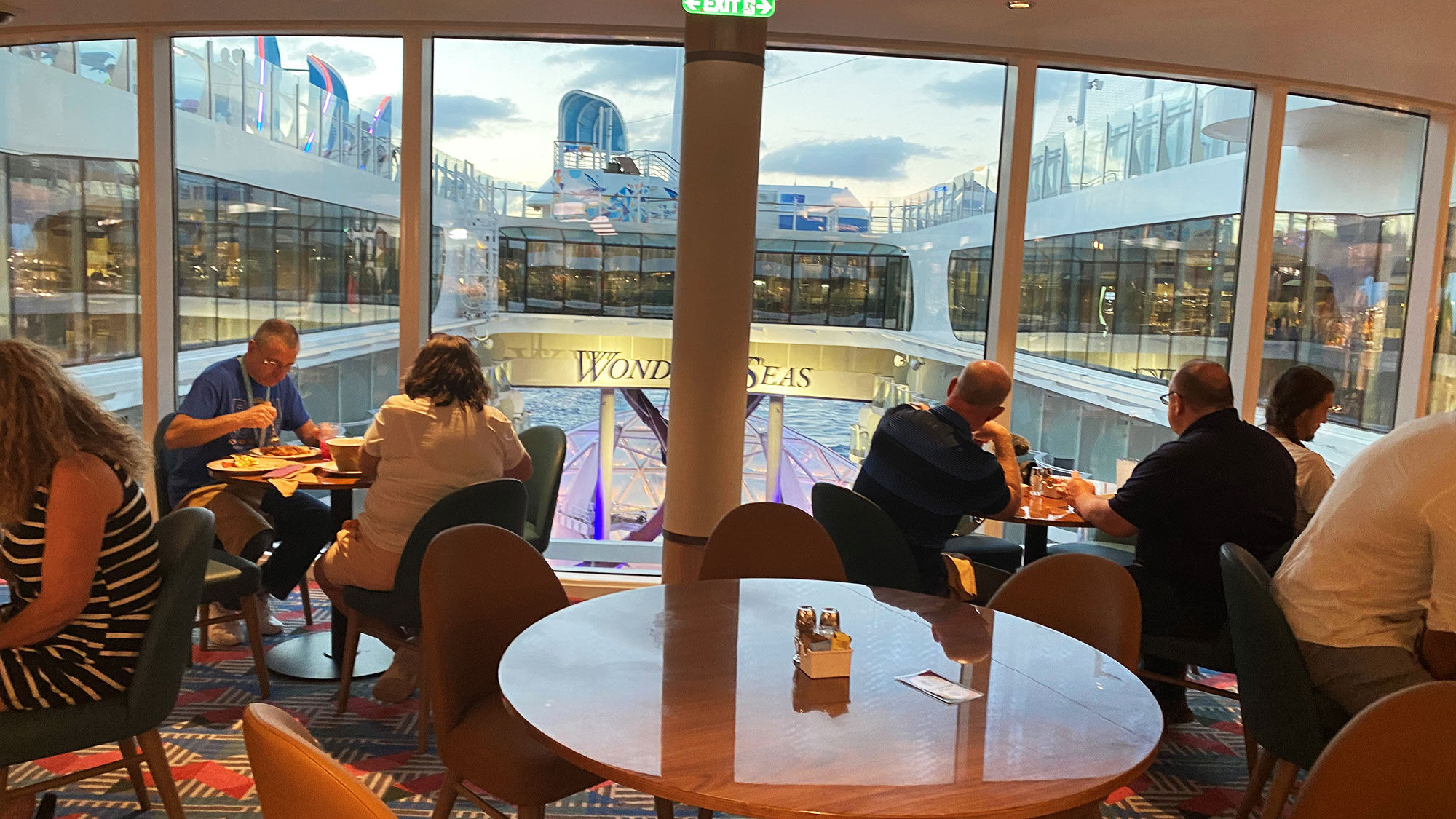 Portside BBQ is out, Mason Jar is in

I miss Portside BBQ, where you could get a smoked-meat sandwich of pulled pork, beef brisket or turkey plus a side and a dessert for $7.99 on Oasis of the Seas. I knew it wouldn’t last. 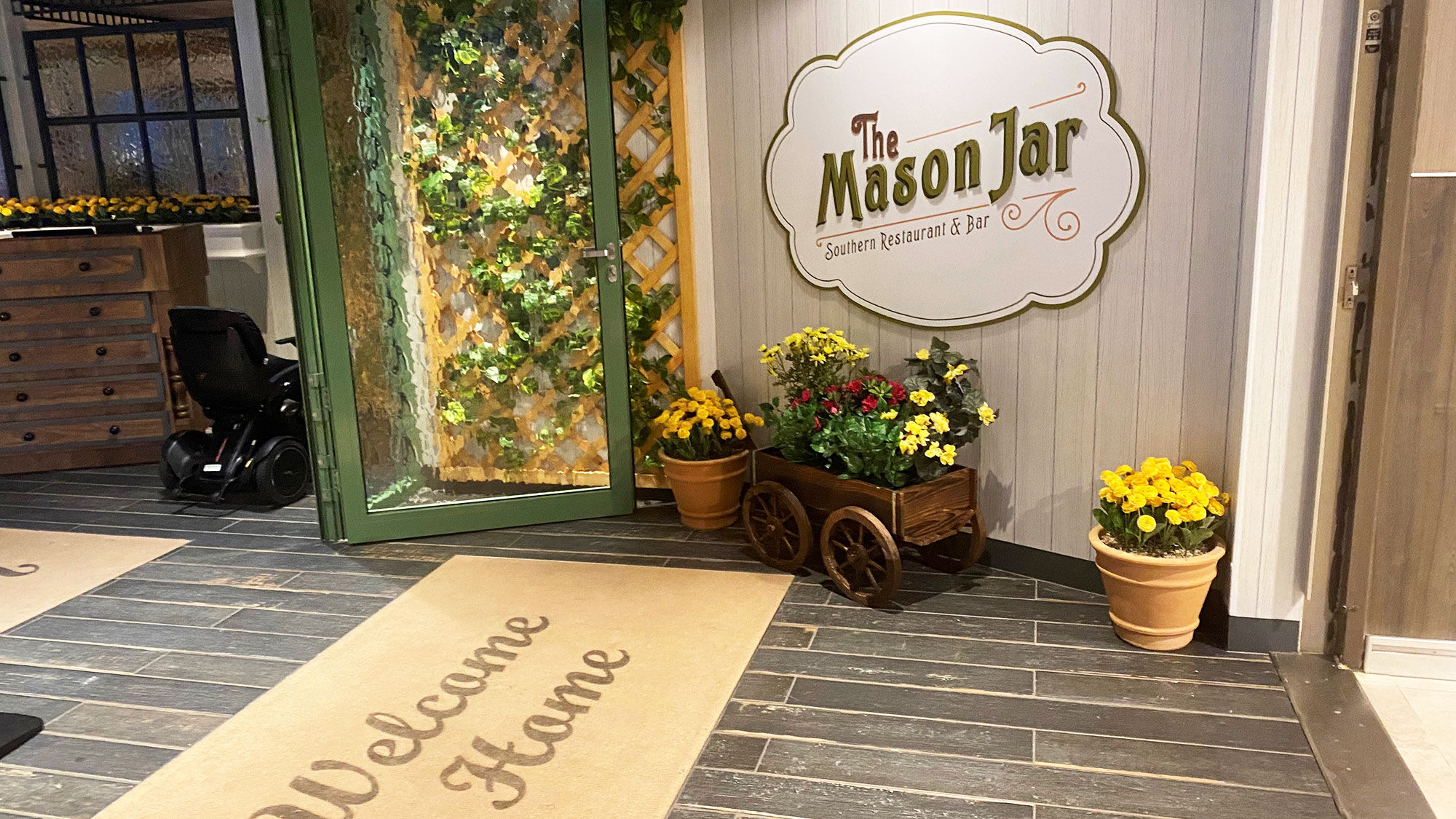 At the new Mason Jar on the Wonder, guests can order smoked ribs and beef brisket, plus many, many other Southern classics such as pimento cheese, fried green tomatoes, oyster po’ boys and fried chicken. The selection is greater and the price is much higher: $39.99 per person for dinner and $24.99 for brunch. Reservations are recommended.

A return to Labadee

Since Royal Caribbean’s private Haitian destination in Labadee is back, I finally took the plunge and gave in to my family’s exhortations that only chickens refuse to try the soaring, exhilarating, 60-story-high zipline, which they swore would not hurt my back nor scare the wits out of me.

They were right. The experts say that what adult travelers want these days is safe adventure, and the zipline qualifies. 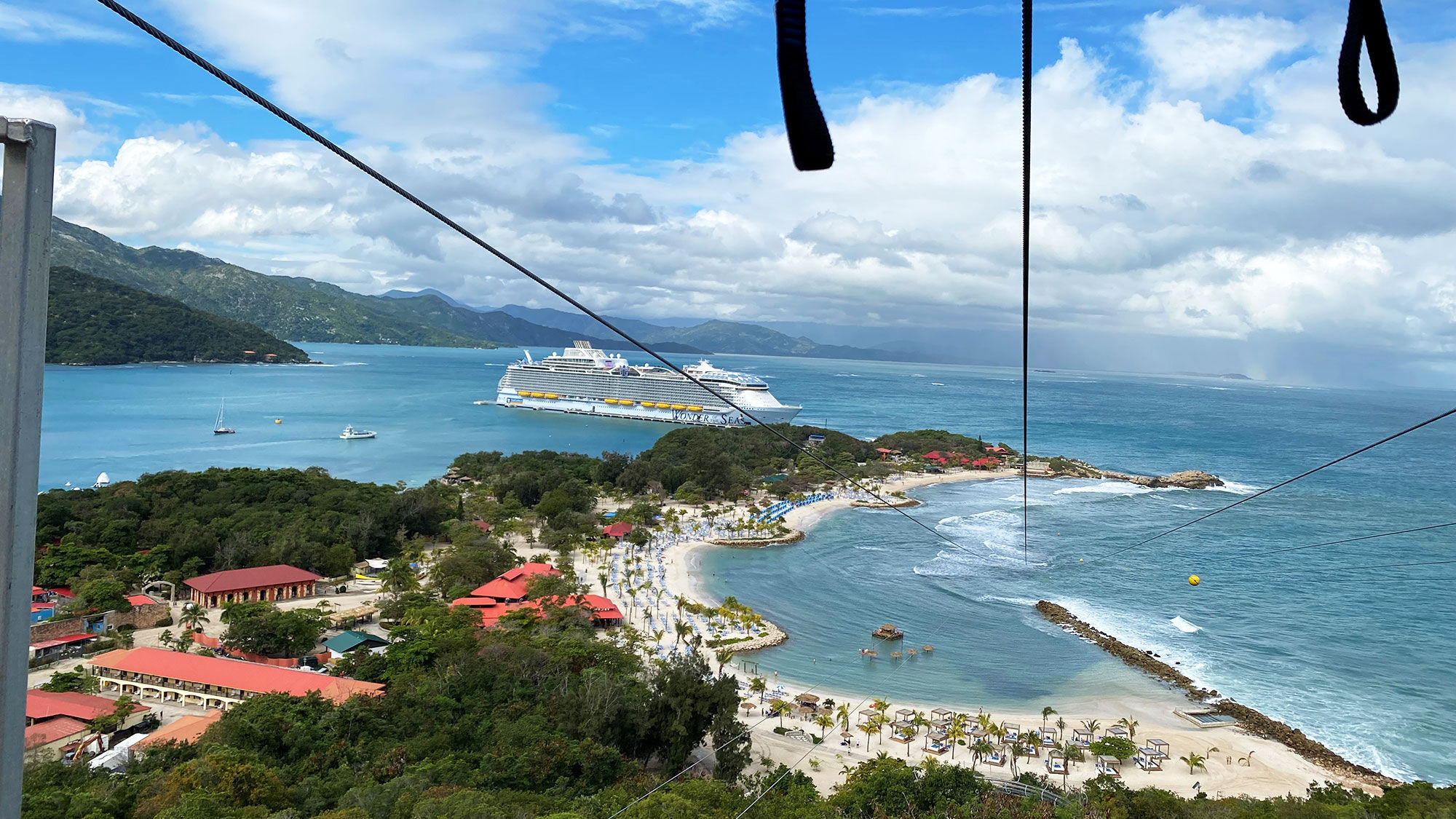 How to Plan a Trip to Disneyland

Pack your bags to the cheapest holiday hotspots this summer

Bermuda to Reopen to Air Travelers on July 1