Home » Cruises » Why Cruise Lines Are Hot for the Bahamas

In addition, Royal Caribbean International is partnering with Mexico-based ITM Group to form Holistica, a global port development firm whose first project will be a $275 million redevelopment of the shuttered Grand Lucayan Resort property and cruise facility.

Royal Caribbean’s latest project follows the line’s debut last year of Perfect Day at Coco Cay, a redevelopment of its existing private Bahamian island, which lies within eyesight of Great Stirrup Cay, Norwegian Cruise Line’s long-popular private island, which has undergone an extensive expansion of its own.

The cruise lines’ Bahamas investments are no accident. There is a carefully considered strategy behind the decision to create land-based facilities for the deployment of additional ships in the destination. 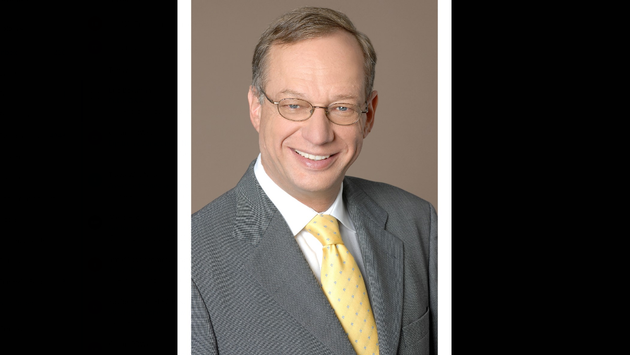 TP: Why are so many of the largest cruise companies expanding in the Bahamas?

GI: The Bahamas has always been a very important country based on the number of passengers we carry there. [Furthermore] itinerary planning, driven by vessel speed, driven by ability to offer diverse and shorter itineraries, means the ports close to South Florida are stronger than ever.

TP: To what do you attribute to this most recent activity in the territory?

GI: Previous plans [Carnival] had for additional development in the Bahamas kind of fell asleep when Cuba became accessible to cruise lines under the Obama administration. The expectation was that sooner or later Cuba would open and ultimately allow for a traditional cruise product.

That did not happen. A new president came into power and shifted back to the old regulations, and then shut the door down completely [for cruise lines].

TP: So Carnival and other cruise lines drew up new Bahamas plans?

GI: Some were in place nevertheless. For example, Carnival Cruise Lines never had a private Bahamian island. We wanted to have [Carnival’s] island somewhere all of the other islands are, closer to Orlando, Port Everglades and Miami. In May of 2017, we signed an agreement with the government to start a project in Grand Bahama, but that did not work out because of maritime conditions in that area.

So for Carnival, we are expanding Little San Salvador, better known as [sister brand] Holland America Line’s Half Moon Cay, to develop parts of that island for Carnival, adding a pier.

Half Moon Cay currently operates with tenders, but as our ships have become bigger the need for a pier has become evident. So we are developing a section of the island of 2,700 acres. Even after the expansion, we’ve developed only seven percent of the island.

TP: What is the impact of Carnival’s expansion on Grand Bahamas Island, which of course was damaged heavily by Dorian?

GI: The private island developments in the Berry Islands are all important projects for those cruise lines, and also contribute significantly to the economies of those locations. Still, the idea of developing a port in Grand Bahama is completely different from all of those.

The Carnival port in Grand Bahama will be the first time a real port will be developed on a populated island in the territory. That is significant for the economy and its people. Add into that that Grand Bahama [tourism] had not been doing too well [even prior to Dorian].

The Grand Lucayan resort shut down; others were damaged by Hurricane Maria and never re-opened. Grand Bahama Island is two and one-half times the size of Singapore and has excellent infrastructure, but has never shook itself out of its predicament. The great days of Freeport as a vacation destination were in the past. Our investment will be a major injection into the economy.

We’ve been working with the new government and Prime Minister [Hubert] Minnis on this new project. This is not a private island port. We are developing an exclusive destination for Carnival capable of taking up to two large ships.

We will be able to allow people to really enjoy a port that will not only feature excitement and thrills and shore excursions, available from Freeport for the first time, but also local restaurants and merchants and the people of Grand Bahama.

Kempinski to manage its first hotel in Mexico: Travel Weekly