Cruise ship passengers on board Norwegian Cruise Line’s Escape were left injured after freak winds measuring 115mph – close to the strength of a Category 3 hurricane – hit the vessel. The passenger ship has a capacity of 6,000 but as yet, the amount of those impacted has not yet been revealed. The strong winds struck on Sunday evening, as the ship was leaving the east coast of America and sailing out of New York. Passenger Aaron Black told CNN in a video sent to the broadcaster: “I remember thinking about how calm it was for sailing out of New York in March and suddenly we got hit by a large gust of wind and the whole ship kind of just tilted to the side for about 30 seconds.

“Suddenly everything around me was starting to move.”

Aaron captured a live video of the drama unfolding, which saw the huge vessel tilting to one side.

It showed bottles tilting and falling to the floor as the barman struggled to see things under control.

Some male passengers, who has been chatting at the bar, were seen holding onto the side of the table as the vessel went topsy turvy.

Meanwhile, staff were seen struggling to cope with furniture flying around.

A chair and table could clearly be seen scooting across the floor. 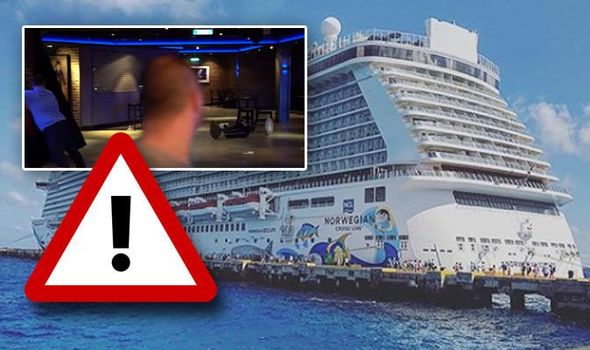 Meanwhile, another man was trying to prop up a wardrobe.

He added to the American news broadcaster: “I was used to some movement, but it was a very surreal escalation to ‘Oh this is normal’ to ‘This is very unusual and probably shouldn’t be happening’.”

Aaron told how his fellow passengers in the Piano Bar, where he was sitting when the storm struck, were screaming.

Glass was also shattered as the conditions wreaked havoc on board.

The cruise line confirmed to CNN some passengers had been injured, but did not detail the specific number.

The types and severity of injuries are also not yet known. 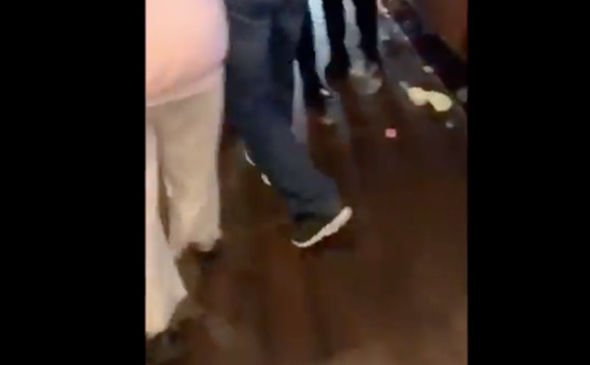 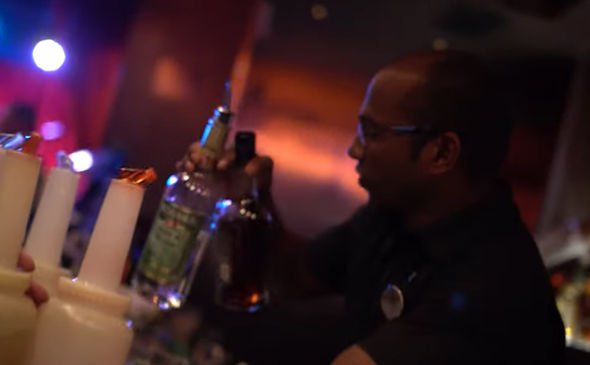 The shock weather conditions did not cause any damage to the ship.

When Escape arrived in Port Canaveral, Florida, two days later, it is reported a dozen ambulances were on standby.

The company confirmed the vessel was scheduled on its next voyage on Tuesday to the Bahamas.