Virgin Voyages unveiled plans for a chic new terminal at
PortMiami that its architects say was inspired by a palm grove.

The unconventional terminal is an open design with slanted
silver pillars topped by flat roof planes, enclosed by sheets of glass. The
phrase “Let’s Voyage” in oversized letters appears on the water side
of the 100,000-square-foot structure.

Virgin will squeeze into the space on the very west end of
the port closest to downtown Miami. The berth, currently Terminal H, is too
small for many current ships and is used irregularly. A Miami-Bimini ferry currently
uses the berth. 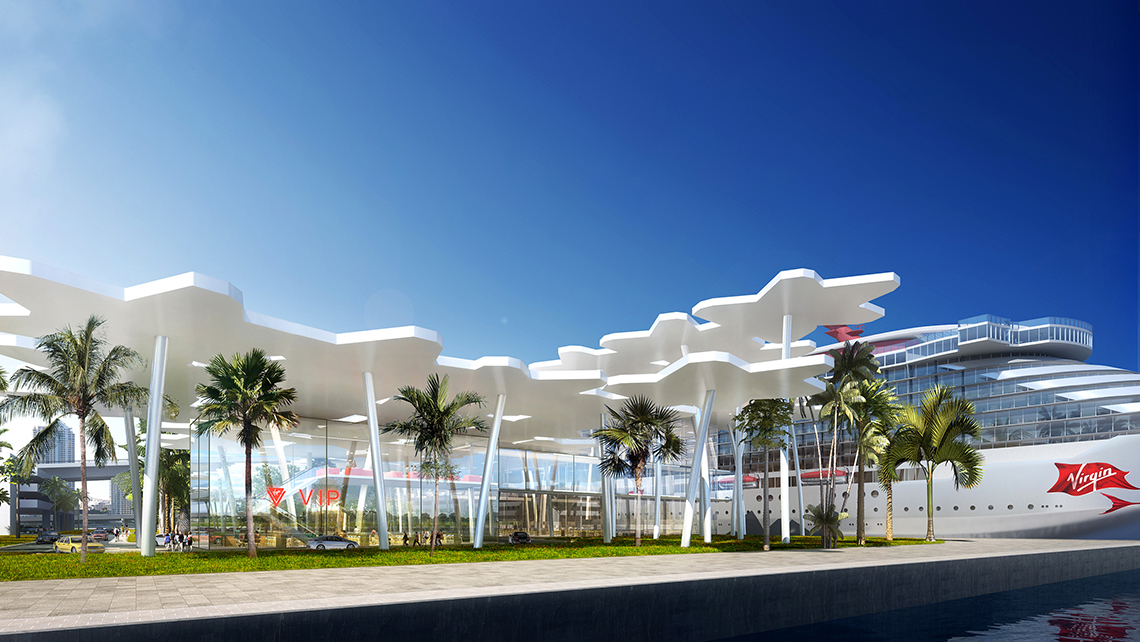 The terminal’s rooftop is designed to resemble a palm tree
grove with rooftop pockets that allow natural light to flow into the building
by day and accommodate up-lighting by night that will illuminate the company’s Virgin
Voyages red logo.

Arquitectonica, which has designed a number of buildings in
Miami, did the design.

Virgin’s first ship plans to start using the terminal in
November 2021. A memorandum of understanding for the terminal and a long-term
berthing agreement will be submitted to the Miami Dade County Commission.

Bookings for Virgin’s inaugural season will open Feb. 5 for
those with pre-sale deposits and on Feb. 14 for the general public.

Virgin said its second ship will be based in Miami, starting
in the fall of 2022. 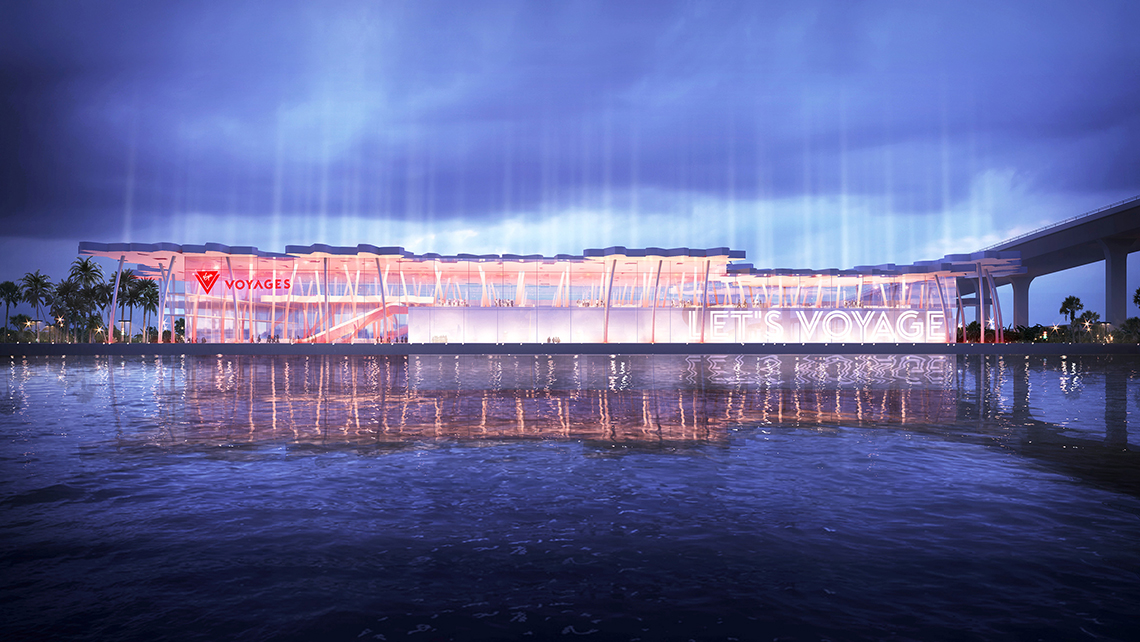 The new terminal was unveiled at a news conference at
PortMiami, which only a few weeks ago opened Royal Caribbean’s high-concept
Terminal A, the new home for the Symphony of the Seas.

Other expensive new terminals are already in the works at
PortMiami for Norwegian Cruise Line, MSC Cruises and Disney Cruise Line.

Susan B. Anthony's Childhood Home Is Finally Getting the Renovation It Deserves — and You Can Visit

10 things to see and do during the Winter in Provence!