Two European river cruises, two riverboat companies with senior executives onboard — not a bad way to spend time during the latter part of the first full year in a pandemic.

I sailed the Rhine and Moselle aboard the AmaLucia and was on a Rhone sailing on the Avalon Poetry II. With AmaWaterways, co-founder and president Rudi Schreiner was among the passengers. Aboard Avalon’s ship with me was the chief marketing officer of the Globus family of brands, Steve Born.

Both lines featured superstar cruise directors who excelled in taking great care of passengers. With no passengers to attend to for more than a year, service thrived on both lines, feeding off the feeling of a ship come back to life.

Sailing through two of the world’s most famous wine regions (Rhine/Moselle and Cote du Rhone), local wine was not hard to find on either ship, and it was poured free of charge at lunch and dinner on both ships. 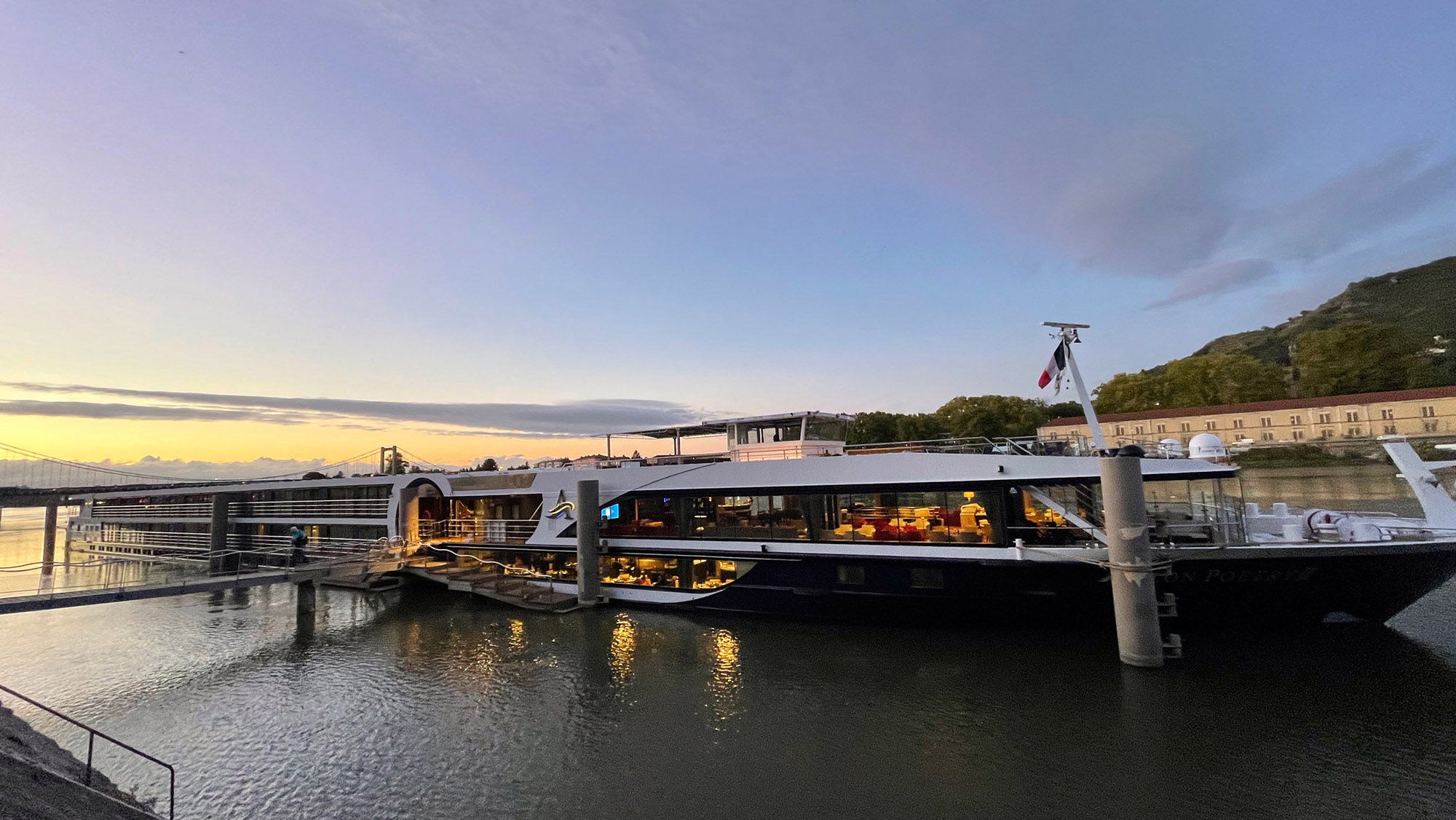 Avalon’s Panorama Suites feature a wall of floor-to-ceiling windows facing the foot of the bed. In my cabin, the view would be nice when sailing, but when docked the curtains needed to remain closed — it overlooked the gangway. Something to keep in mind when choosing a cabin for clients.

The bathroom was spacious, and Avalon’s Comfort Collection bed was indeed ridiculously comfortable. I overheard a fellow passenger saying the temperature control system in the room was one of the best they had experienced on a ship.

Onboard the vessel, there were buffet options for breakfast but also an option for a room service breakfast, which is a rarity in river cruising. Lunch also had a buffet, and I noticed that waiters brought guests their favorite beverages unprompted.

At other times, I did have to work a bit to flag down someone for a cup of coffee at breakfast or a cocktail during happy hour, just before dinner, when drinks are half-price. Then again, the half-price cocktails from Avalon’s custom mixology menu were a true bargain, with intricate concoctions that could easily go for $20 at a big-city bar served here for just $6. (Born admitted that writing the elaborate descriptions for each of the cocktails was a passion project.)

Dining alfresco at the Sky Grill was fantastic on a sunny day as the scenery drifted by. (There was also a choice of a bistro-style dinner.) The dinners aboard the ship were particularly tasty; regionally inspired offerings like escargot, chestnut soup and Provencal-style sea bass were among the items being served, though I felt the desserts and pastries fell a tad short.

Self-serve areas, including the smart Club Lounge, were thoughtfully addressed, with hand sanitizer nearby and individually wrapped cookies at the snack counter. A nice touch worth mentioning was a complimentary water station in the Deck 3 Club Lounge that dispensed distilled or fizzy water flavored with choices like ginger and lime or grapefruit and moringa.

An onboard musician flanked by guest entertainers kept evenings amusing. But when it comes to entertainment, for me it all came down to the Gipsy Kings — or rather, their musical relatives — who hail from the Arles region of France and played an incredible, authentic set while we were docked in the area.

Tours are the star on Avalon’s Active and Discovery itineraries, and they shine from the moment you step off the ship — which may occur shortly after your cruise is underway. On the first night we were treated to an easygoing nighttime tour of Lyon that kept jet lag at bay. It was such a welcome opportunity to immediately start exploring the destination. 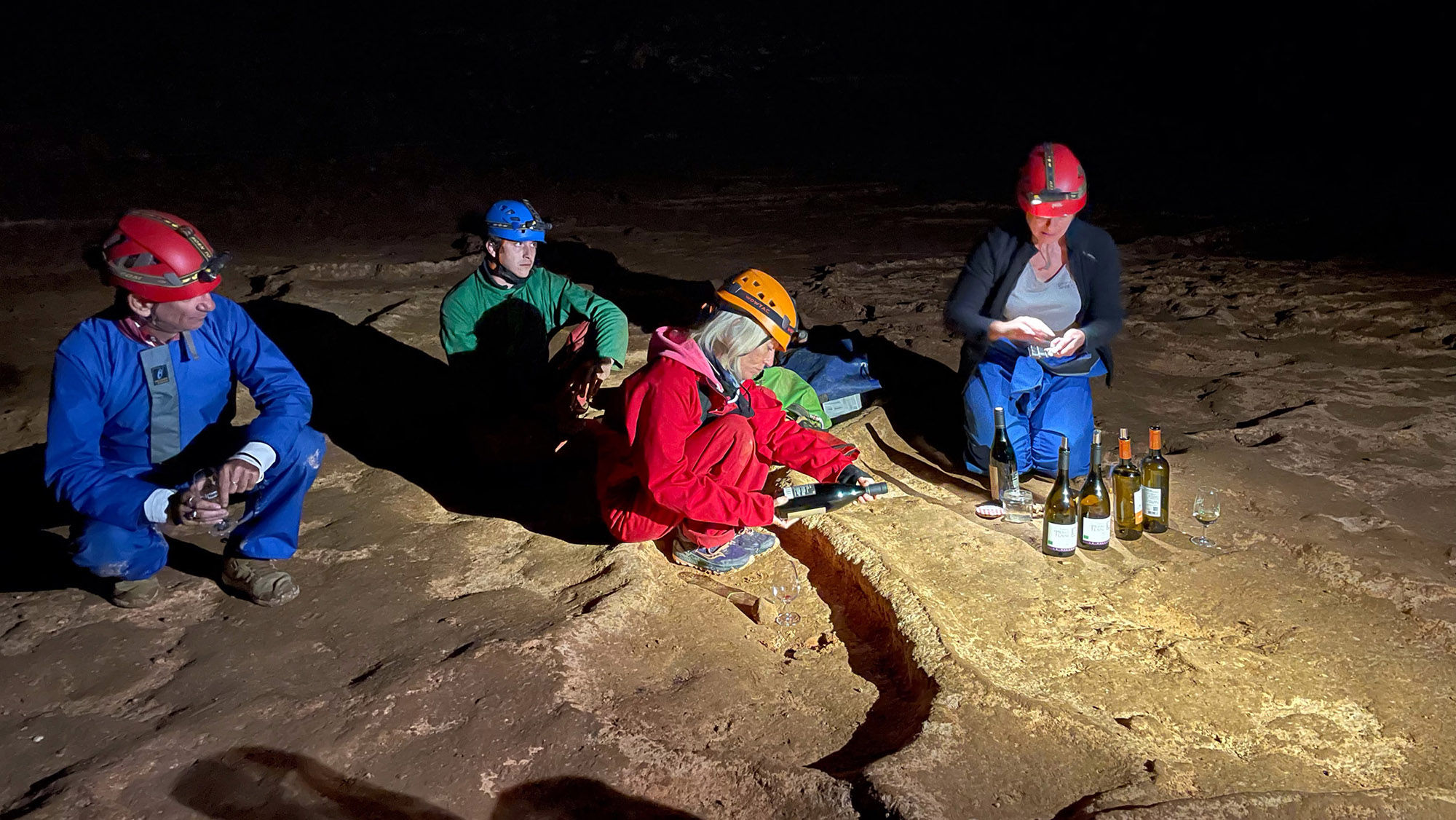 And there’s no beating the variety and sheer amount of options to explore on Avalon’s Active and Discovery tourapalooza (wine in a cave, anyone?). Although you may initially experience some FOMO when you see you’re spending just a day in each port, that feeling is vanquished by the time you’ve gone from medieval ghost tours in Viviers to cycling past French flamingos in the Camargue.

And finally, I have to mention I was won over by Florin, my Avalon stateroom attendant, who left me smiley-face stickers to decorate my mask. And he would tune my cabin TV to a thumping Top 40 hits station while everyone else seemed to get the standard fireplace channel. 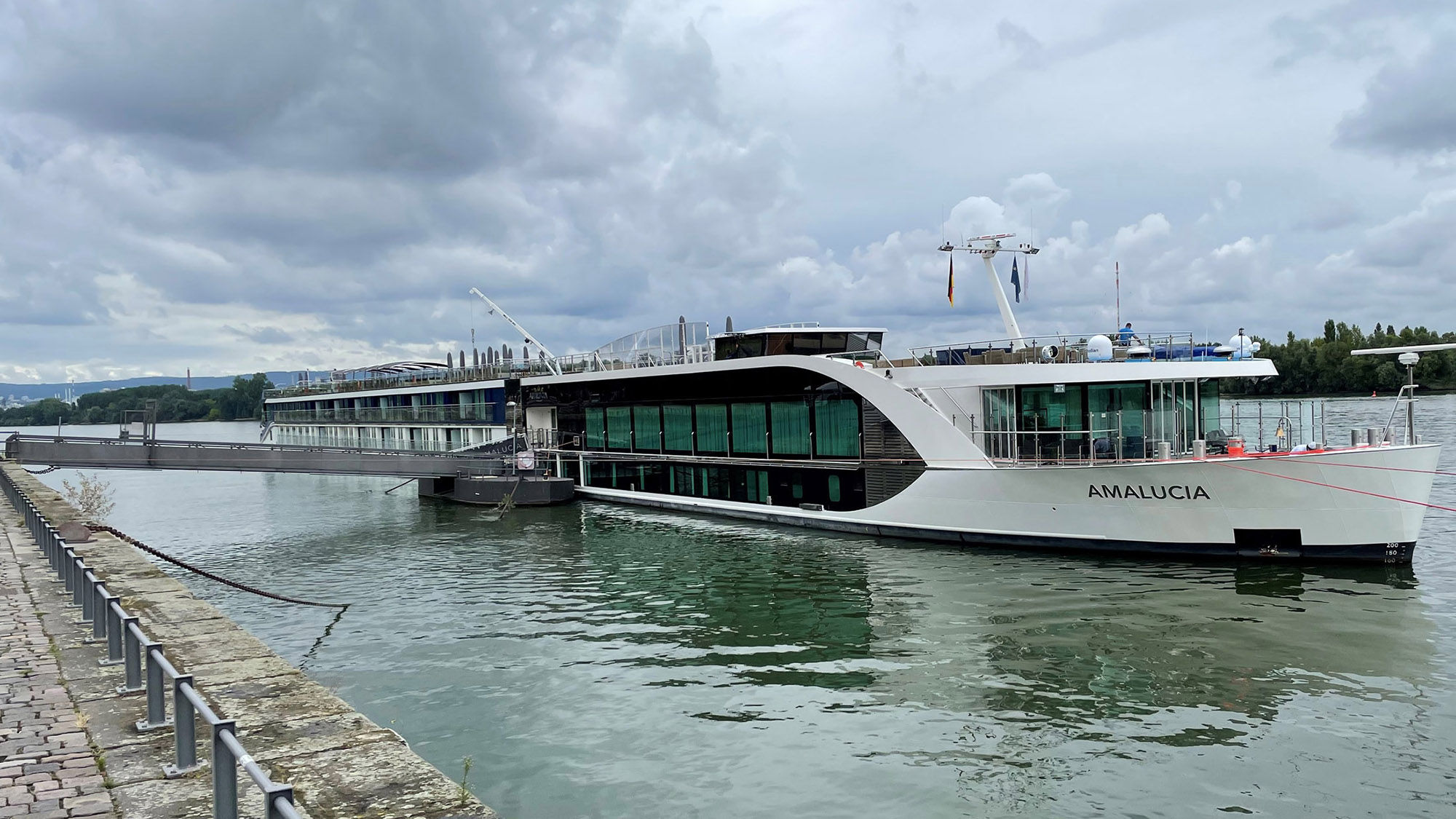 My room on the AmaLucia had a feature called twin balconies — a French balcony near the sitting area and a full, step-out balcony closer to the beds. It was a great combination: I could let in almost a full wall of light and scenery or could sit outside in the open air as the fairy-tale villages of Germany came into view.

Its bathroom, too, was spacious, and featured a rainfall showerhead.

I prefer table service to buffets, so AmaWaterway’s move to an a la carte menu suited me well.  In fact, the menu had a wide variety of options for all three meals, which felt luxurious. The relaxed pace aboard the AmaLucia made meals an event. Beer and wine were complimentary at meals, while basic cocktails were free during nightly happy hours.

The culinary highlight was the Chef’s Table experience, offered to each guest once per cruise in a dedicated space; it was an exceptional display of flavor and skill. My family is from Germany, and it is home to some of my favorite childhood dishes, so I can sometimes be critical of poorly prepared German cuisine. But on the AmaLucia, I was thoroughly impressed with the regional offerings.

As on Avalon, an onboard musician with guest entertainers was a nice way to pass the evening. A young, classical trio was particularly moving, and a Cologne-based lounge singer brought me to tears for reasons too complicated to explain.

AmaWaterways’ tour offerings were solid. Although there remains an emphasis on walking tours, we were also able to bike, hike and experience a wine tasting.