As Europe opens the 2019 river cruise season with a host of
new ships, many lines find themselves scurrying to fill prime season inventory
with special deals.

From two-for-one offers to free air and free upgrades,
specials are still circulating for sailings that had been expected to sell out
long ago.

Brett Tollman, CEO of the Travel Corporation, parent of the
Uniworld and U river cruise brands, and several agents blamed oversupply for
the discounting.

“If you don’t believe there’s too much capacity, why
are we seeing the two-for-one offers or 75% off?” he asked. “What
good is that for any company or for the industry?”

Indeed, the recent flurry of specials comes as river lines
continue to launch and order ships, including seven new river vessels from
Viking and three from AmaWaterways this year.

Others players, however, insist it’s not a matter of too
many boats but rather of a temporary market reaction to several factors,
including last year’s negative publicity about historically low water levels
that disrupted sailings for months on the Danube and the Rhine rivers.

Pamela Hoffee, managing director of Avalon Waterways, which
christened its 15th panorama-style ship in Budapest on April 7, said the line
had a strong start to 2019, then saw things drop off for a while.

“There was a little slowdown … when the [U.S.]
government shutdown happened, the stock market took a little hit, and I think
also on the downside of our situation last year was the water levels in Europe,”
she said. “I can’t say which elements certainly contributed to a little bit
of a slowdown, but I would say the government shutdown and the little blip in
the stock market were the bigger factors. And what I hear from my colleagues is
that that was across the board, and not only in river cruising but all kinds of
premium-brand product.” 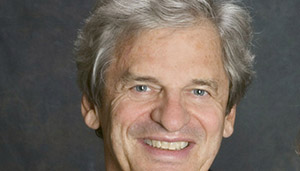 The 2019 European river cruise season is getting underway amid
questions about whether too much supply, last year’s historically low
water levels or other factors are leading to discounting. Senior editor
Jeri Clausing talked about the industry with Wolfgang Luftner, co-owner
of Luftner Cruises, the parent company of Amadeus River Cruises, who is
largely credited with helping to start the industry. Read More

Rudi Schreiner, president and co-founder of AmaWaterways,
agreed with Hoffee and said his company was seeing similar trends.

“We were strong up until October,” he said. “Then
it slowed down. … It could have been partially due to the low-water situation, because for two and a half months there was
a lot of stuff going on with low water. Then there was this little crash in the
stock market around Christmas. But overall we are doing good.”

The bottom line, Schreiner said, is that “I am not
concerned about too much supply.”

“Our sales are up over last year,” she said. “January
was not what we expected compared to last year, but that’s compared to one of
our best years ever.”

Hoffee said that while Avalon is committed to never
undercutting its early-booking specials, it has dusted off a few promotions for
some sailings in the summer that are not as full as she would have expected by
now.

Likewise, Schreiner said AmaWaterways has some specials out
but is being careful to avoid a repeat of the discounting the industry saw in
2016 following terror attacks in Europe the preceding year.

“When you go out with discounting and special offers,
it’s difficult to pull them back in,” Schreiner said. “So overall,
for 2019, we have much less discounting than we had in 2017 and 2016.”

Wolfgang Luftner, co-owner of Luftner Cruises, the parent of
Amadeus River Cruises, which is launching its 15th ship this month, said that
Europe overall is also seeing a slowdown in travel from the U.K. because of
Brexit. Even so, he said, “The rivers are still strong.”

The U.K.-based air travel analytics company ForwardKeys said
earlier this month that summer bookings from the U.K. to EU countries are
lagging 4.6% compared with last year, as Britain prepares for its first
post-Brexit vacations.

Instead, many Brits appear to be flocking to destinations in
the southern Mediterranean, ForwardKeys said. Turkey, it said, is seeing a 31%
increase over last year, and Tunisia, Egypt and Jamaica are also doing very
well.

James Hill, a U.K. travel advisor who specializes in river cruising,
said, “Sales are down this year, and there is no doubt at all that Brexit
has had a negative impact on consumer confidence overall with respect to
booking trips to Europe.”

“My age of client remembers having to apply to take a
50-pound maximum to Europe in the days of currency control,” he said. “So
they are wary of lengthy passport queues at big European airports if we cannot
enter the European passport [queue].”

More importantly, he said, supply keeps growing and shows no
sign of abating.

“I think the point where demand exceeded supply across
the total season was reached a couple of years ago but was hidden by prime
months being 100% full,” he said. “Various operators have been
looking to maintain their accustomed high occupancy figures, which has now
become a general fight across the whole niche, with big operators who have
never discounted for the first time offering price reductions on 2019 sailings.”

“Lines like Viking have been expanding so fast that
they’ve saturated the market,” Larson said. “It is likely that cruise
lines have also expanded into new areas.”

In addition, he said, more itinerary choices result in
repeat clients moving away from the main rivers of the past.

“Most new river cruisers start out on the Danube or
Rhine and then move on to France or something more exotic,” he said. “Growing
pains are likely to continue until supply and demand equal out.”

Until that happens, consumers will continue to enjoy deals
and low prices. As Larson wrote in a recent Facebook post about specials from
Crystal, “Water levels are back to normal, crowds are thinner and pricing
is amazingly low.”

While St. Vincent focuses on cleanup, the Grenadines are ready for tourists

All national parks free on April 20 for National Park Week