Home » Cruises » Record Number of Cruise Ships to Debut in 2020

There are nearly 30 new cruise ships that will make their debut in 2020, including the Iona from P&O Cruises and the Carnival Cruise Line Mardi Gras, both with the capacity for 5,200 passengers.

Later this year, the 6,300-passenger MSC Virtuosa will make its debut.

Bigger and better seems to be the theme for 2020.

“I’ve been immersed in the business my whole life, and I still go, ‘Oh my god’ when I see these new ships,” Rick Sasso, chairman of MSC Cruises USA, the North American arm of MSC Cruises, told The Points Guy.

The logic is simple, of course. In fact, it’s a basic business tenet – supply and demand. Right now, cruising is arguably the biggest growth item in the travel industry, with more demand than supply.

Among those 30-plus scheduled to launch this year, here are five that are eagerly anticipated and should make quite the splash in 2020.

A tattoo parlor on a cruise ship?

Welcome to Sir. Richard Branson’s vision of what a cruise liner should be.

The enigmatic Branson is taking a foray into cruising when the Scarlet Lady, a 2,770-passenger ship, debuts in April. It is the first of four Virgin vessels.

Branson is shooting for a younger crowd who haven’t quite embraced cruises yet but hope to. As such, he and Virgin have taken the concept to another level with a hip décor and such non-traditional outlets as the aforementioned tattoo parlor.

According to CNN, the ship will sail three- to seven-night Bahamian and Caribbean voyages out of Miami, including a stop at the line’s private Bimini beach club. 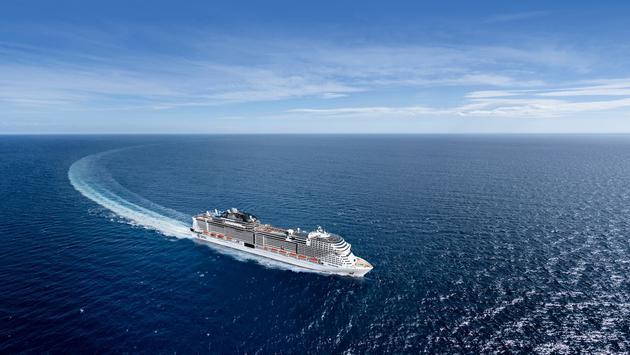 You’re going to have to wait for this one, as it won’t set sail until November.

And you’ll have to fly to Italy to board. Tough one, we know.

But it promises to be well worth the wait.

The Virtuoso will sail to Genoa, Rome and Palermo in Italy; Valletta, Malta; Barcelona, Spain; and Marseille, France on four- to seven-night cruises.

The boat will have not one but two different Cirque du Soleil shows at sea, a comedy club, a sports center, even a karaoke bar. 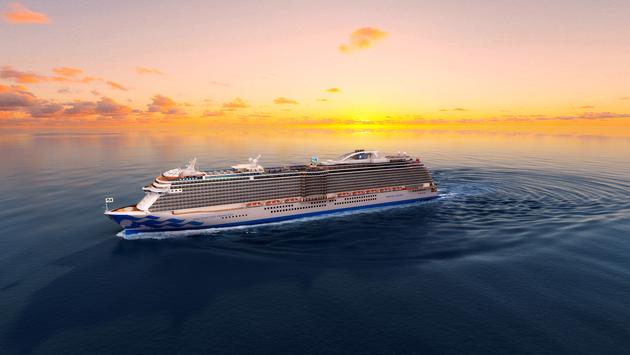 The beauty of the Enchanted Princess – no pun intended – is that you’ll be able to catch it almost anywhere.

When it debuts in June, it will start a summer season of sailing through the Mediterranean. In the fall, it makes its way to New England and Canada for fall foliage. In the winter, it heads south to Fort Lauderdale for the season in the Caribbean.

The Enchanted Princess will feature more pools and hot tubs of any other of Princess’ 19 boats, as well as 1,000 square-foot balconies on some suites.

After its initial debut this summer that includes teaser cruises out of Europe and New York City, Mardi Gras will sail exclusively out of its brand new home in Port Canaveral, Fla. as it sails to the Caribbean.

This baby will house 5,280 passengers, all of whom can take a crack at the first-ever roller coaster at sea on the top deck.

Or Carnival’s biggest water park ever.

Signature restaurants from Emeril Lagasse, Guy Fieri and Shaquille O’Neal can be capped off with a trip to the ship’s own brewery.

ROYAL CARIBBEAN ODYSSEY OF THE SEAS 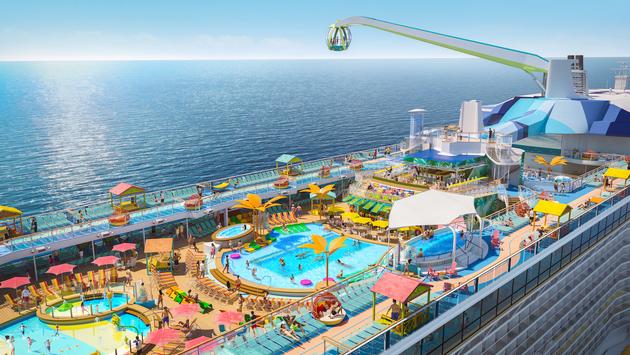 Another one where we have to wait until the end of the year, but certainly one worth the wait.

Launching in November, Odyssey of the Seas will carry 5,500 passengers who will be greeted with a plethora of choices. Start with SeaPlex, the largest indoor activity space at sea that includes bumper cars and get this, a trapeze school. Head outside to the top deck for a kid’s water park and a skydiving simulator.

Adults should make sure to grab a drink at the Bionic Bar, where your bartender is a robot.

UAE airport safety: Banned and permitted things to carry in your luggage

Simon Calder: Sniping at airlines for a soundbite doesn’t fly