Cruise ship holidays are in peak demand as the number of ocean cruises taken by UK and Irish passengers has surpassed two million for the first time. Cruise Lines International Association (CLIA) revealed a record 2,009,000 British and Irish holidaymakers enjoyed a cruise in 2018. This is up two per cent from 2017 proving the increasing popularity of cruise ship holidays. The research also unveiled the number one destination for European passengers.

In 2018, European ocean cruise passenger numbers grew by 3.3 per cent against 2017, to 7.17 million; following a two per cent growth the prior year.

The favourite destination was revealed to be the central and western Mediterranean region.

The area saw growth up by 1.2 per cent, equivalent to 2.27 million passengers.

However, the strongest growth was seen in cruise passengers travelling to the Eastern Mediterranean.

This was up 8.5 per cent to 746,000 passengers, which illustrates the beginning of a return to confidence in the region.

Other areas seeing significant growth, from a smaller base, include the Canary Islands, up 9.6 per cent; and the Baltics, up 9 per cent.

“Surpassing the two million mark is a significant milestone, as it illustrates how cruise has become a major player within the UK and Ireland travel sector.

“As only the second European market to reach over two million cruises and the fourth globally, this figure demonstrates the continued strength of cruising as a mainstream holiday choice in the UK and Ireland and is a testament to the industry’s resilience to economic and political changes.”

Globally, cruising has grown by seven per cent increase from 2017 to 2018, totalling 28.5 million passengers. 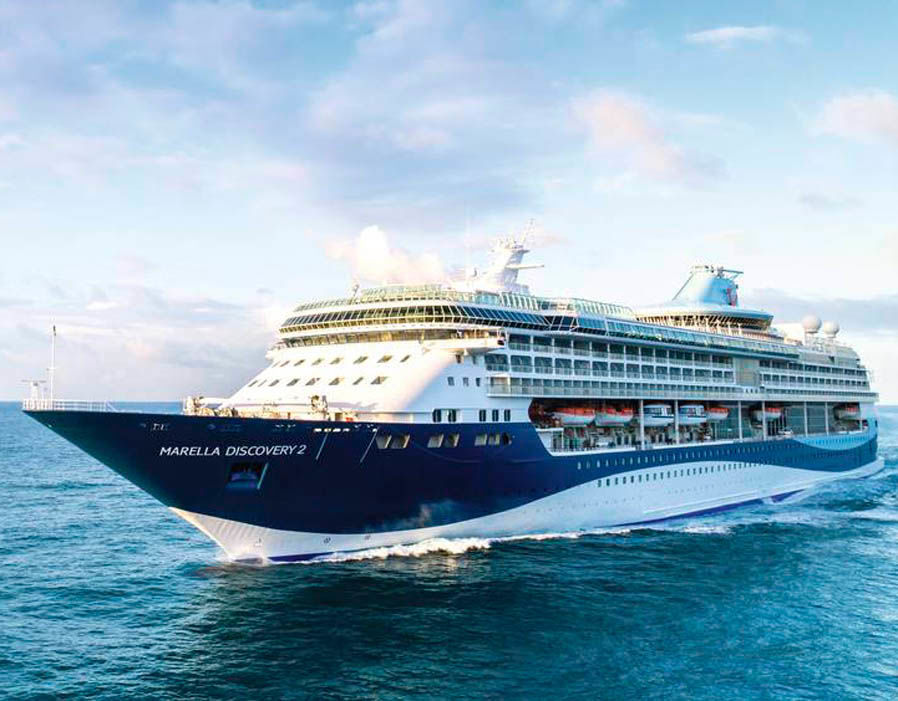 Eighty-one per cent of Marella’s customers are couples, an increase of 6.5 per cent over the past two years.

As cruising becomes more popular the cruise line also reports that it has attracted 3 per cent more customers of the 25-34 age bracket since 2014, while noticing a 4 per cent decrease in those aged 65-74.

TUI River Cruises – in the same TUI group as Marella – revealed this week that it will be expanding into the river cruise industry with three new passenger ships next year.

They are set to offer personalised adults only packages as part of their new travel venture.

If you want to get to Egypt, fly to Israel

Meeting the five most impressive travel innovators | Simon Calder at 25

Would you cross this bridge?

Irish Ferries customers fear for their holidays over booking delay