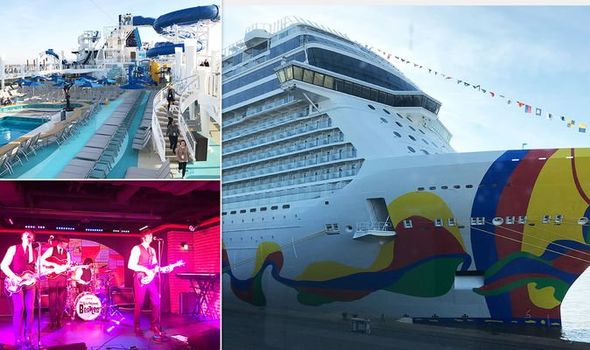 Norwegian Cruise Line is unashamedly American, with retro-diners and Las Vegas-style casinos to prove it. The décor has been considerably toned down to a more contemporary look in recent years, though, and its lounges and bars are a particularly tasteful combination of taupe, brown and grey calm. Not that any of the ships are boring: its modern Breakaway and Breakaway-Plus class ships are hugely successful thanks to their deck-top aqua parks, multiple dining options and excellent shows. Norwegian Encore is the last of the Breakaway cruise ships but Norwegian Leonardo will arrive in 2020, heralding a new class of 3,330-passenger ships with five more to follow every year until 2027.

It’s got to be the live music shows and onboard entertainment, closely followed by the choice of 28 dining options.

The Choir of Man is outstanding – a British and Irish all-male group that sings, dances and plays music with joyful energy as they weave a story in a pub setting that’s so real you’ll want to go and join them for a pint.

Norwegian Cruise Line’s version of Kinky Boots has just as much sparkle as the West End and Broadway productions and must have the largest cast of drag queens at sea.

Then there’s The Liverpool Beatles, bringing The Cavern venue to life, and stand-up comedians in The Social nightclub with more live music in several other bars. 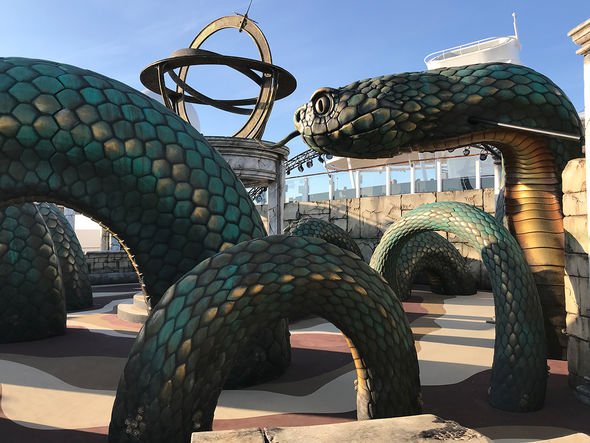 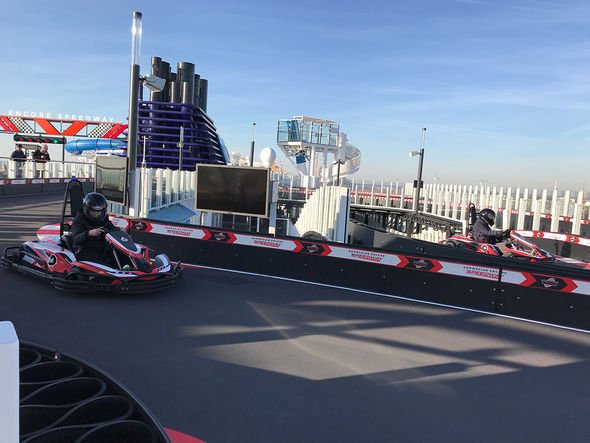 “Choose your own adventure,” is one of NCL’s favourite sayings as well as “whether you’re eight or 80 there’s something on board for you”.

They’re mostly right, too: If you’re up for laser tag games in a land of sea monsters, want to drive an electric racing car on the top deck or scream down the Ocean Loops slide over the sea at the side of the ship then Norwegian Encore is for you.

There’s also the Galaxy Pavilion, a virtual reality playground that’s nearly twice the size as on sister ship Bliss, with an F1 car simulator, jeeps that take you on virtual roller coasters, VR mazes and more.

But all this comes at a price: Galaxy Pavilion games are $7 per play, Encore Speedway costs $15 and Laser Tag is $9.95.

What is free, though, is the Aqua Racer – two waterslides in tandem so you can race your friends – beside the outdoor pool and Ocean Loops.

Children have their own Aqua Park with a pool especially for them and are well-served with kids’ clubs for ages up to 17.

For quiet time, whether you’re 80 or not, go to the Observation Lounge at the front of the ship where floor-to-ceiling windows two decks high are lined with comfy chairs.

The lounge stretches down both sides of the ship and is stylishly laid out with comfortable sofas, armchairs and elegant table lamps.

Or you could indulge yourself in the Mandara Spa, where you can buy treatments and day tickets to the thermal suite.

This has a Snow Paradise, with icy temperatures of minus 10C to stimulate blood circulation, a Salt Room, lined with Himalayan salt that is said to have healing qualities, and a Hydrotherapy Courtyard with dry heat and heated benches plus steam chambers and monsoon showers.

The large gym is free but special exercise sessions have to be paid for and you can buy a pass to the adults-only Vibe Beach Club lounge with private sun-deck.

It’s a party every night on Encore with bars for all tastes, a great choice of live music and truly excellent shows in the theatre.

As well as The Choir of Man and Kinky Boots, shows include Happy Hour Prohibition The Musical, set in Madam Lulu’s New Orleans speakeasy.

These are free but you have to book tickets on your stateroom TV or from the theatre box office to guarantee a seat.

Live music ranges from the Liverpool Beatles in The Cavern to Meatloaf-style singers in District Brew House, which sells craft beer and has a gritty American bar atmosphere.

Bars are cleverly placed between dining areas and many have a cosmopolitan atmosphere similar to something in a high-end London or New York hotel.

The Local, a bar with adjoining dining area, is in view of a two-deck-high screen in the Atrium bar below, which is used as a backdrop to live performers or for screening big sports events.

There’s also specialist bars, such as Maltings Whiskey Bar and The Cellars Wine Bar, plus a Humidor Cigar Lounge. 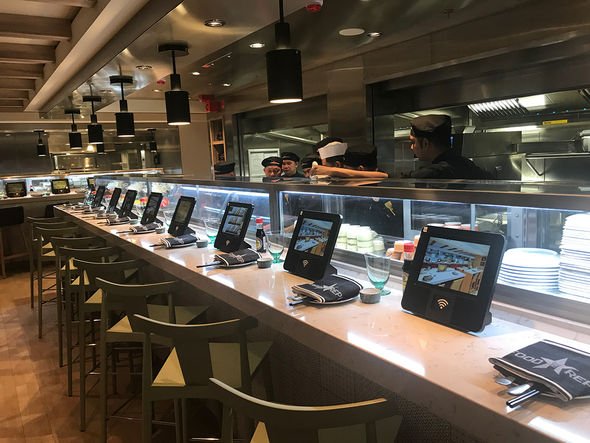 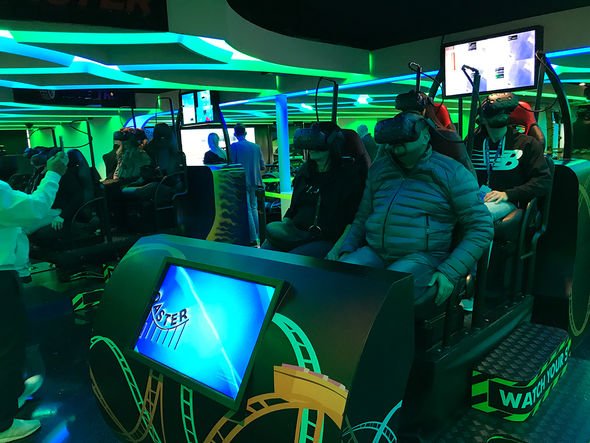 Balcony staterooms are well organised with large bathrooms, very comfortable beds and interactive TVs for booking excursions and onboard attractions as well as watching films or TV news channels.

They have a sofa, coffee table, mini-bar fridge and coffee maker, a large wardrobe with two bathrobes and the bathroom has a double sink and big walk-in showers.

These cabins appear slightly more narrow than you might expect but there’s plenty of room for two people, although the sofa bed means they can sleep four and some balcony staterooms are interconnecting for families.

NCL’s classy Haven section, with its own private pool, lounge and restaurant, has a number of penthouse suites, two-bedroom family villas and two deluxe owners suites – all with separate living and dining areas, two bathrooms and 24-hour butler service.

There are also spa suites in The Haven with their own hot tubs and easy access to the adjacent Mandara Spa and fitness centre, plus spa balcony staterooms with big showers that have six body spray jets. 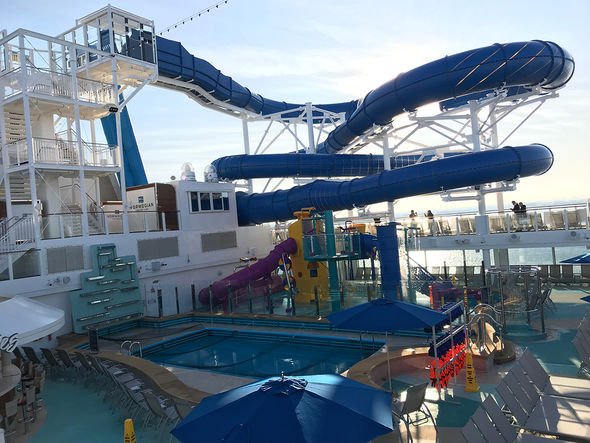 Italian restaurant Onda by Scarpetta is the new star signing for Norwegian Encore, offering passengers what NCL President Harry Sommer describes as “Italian food the way Italians eat it” rather than American Italian.

Certainly you’ll find offshoots of Onda in some of the world’s best hotels and it’s expected to be one of NCL’s most popular speciality restaurants.

You’ll find it on deck eight along with other paid-for options such as fish restaurant Ocean Blue, Mexican dining room Los Lobos and Cagney’s Steakhouse.

These are all along The Waterfront and have indoor and outdoor eating areas, which makes them even more enjoyable.

Other speciality restaurants include Food Republic, where you choose Asian fusion dishes from a tablet on your table, Q Texas Smokehouse for barbecues, Le Bistro French Restaurant, American Diner and the ever-popular Teppanyaki, where you sit around a hot plate and watched skilled chefs prepare Japanese dishes for you in theatrical style.

The complimentary restaurants are also excellent with The Manhattan Room a large Art Deco-influenced dining room with a very clubbable New York atmosphere.

Also on deck seven is the complimentary Local Bar & Grill where there are screens showing sports events, while the two other main dining rooms are Taste and Savor on deck six – more intimate than The Manhattan Room and both with their own individual ambiance.

The Garden Café on deck 16, near the pool, has a roomy feel thanks to its high ceilings and wraparound windows and has a superb selection at every meal time – don’t miss the lunchtime seafood fest on selected days if you like lobster, crab and prawns all on the same plate.

Best for a complimentary light breakfast and lunch without the crowds is the Observation Lounge, which has reasonably quiet sitting areas running down each side of the ship from the lively central bar at the front.

You can buy proper cappuccinos at the Observation Lounge bar if you don’t want to pay for a Starbucks from the Deck six outlet, then you can sink into a large squashy armchair beside the floor-to-ceiling windows and gaze out to sea.

With nearly 30 grazing options on Norwegian Encore, including the paid-for Bake Shop, Dolce Gelato and Coco’s for chocolate treats, Harry Sommer says: “If you manage to eat in them all on your cruise you win a special prize – an extra 5lbs.”