With its annual influx of 25 million tourists, Venice naturally offers a ton of restaurant choices to any pre- and post-cruise guests.

But some offer a mediocre or overpriced experience, with a side order of assembly-line service.

On the other end of the scale are those restaurants that deliver the genuine flavors of Venice or just simple good food in the Italian style, often in a memorable setting along a canal, in a centuries-old building or in a quaint corner on a pedestrian passageway.

On a visit to Venice before boarding a cruise from Trieste, I went on a hunt for good eating in Venice, hoping to root out a few places to recommend to readers and friends.

To quickly sample a variety of foods with an expert, I engaged a guide from Raphael Tours. A group of six of us met at the historical market area by the Rialto Bridge and made a half-dozen stops over a morning tour. 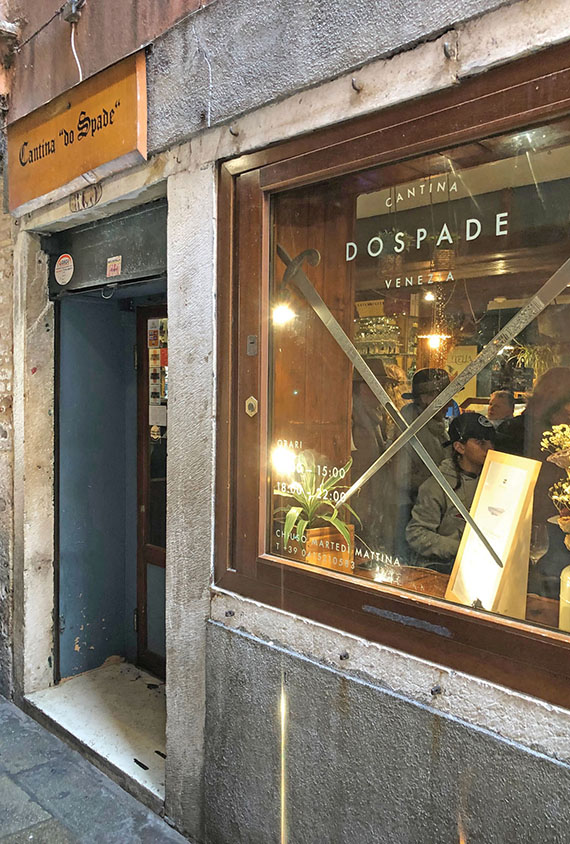 At several, we ate cicchetti, the tapas-like snacks that serve as pick-me-ups in bacaris, the small wine bars and cafes found throughout the city. One of my favorites was a kind of potato muffin with gorgonzola cheese and a dollop of mascarpone on top.

One memorable stop was at the Cantina do Spade, a venerable Venetian bacari with two crossed swords in the window. One of the oldest in Venice, it often has a line to get in, so arriving midmorning is a good strategy.

We also visited Ponte delle Paste, a pastry shop by a bridge, as the name implies. Not too helpful in itself because there are 400 bridges in Venice, but this one is on Calle Giazzo and is worth seeking out.

Before the end of the tour, I asked my guide, Monica, for some dinner suggestions. Two were in the Cannaregio district, where my hotel was located.

The first, Osteria Da Rioba, had already caught my attention for a row of outdoor tables with umbrellas and soft candlelight at the edge of the canal. As inviting as that looked, it was a bit chilly in mid-October, so we opted to sit next to the heat lamp closer to the restaurant. 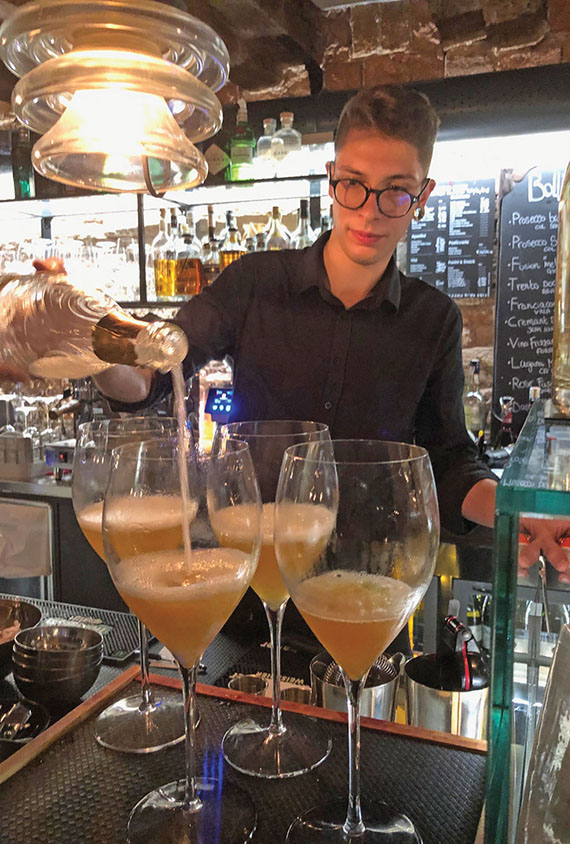 Two highlights from the meal stand out. The first was a pumpkin fondue appetizer that my daughter and I split. The second was the tiramisu, a Venetian specialty. The coffee-flavored cream and ladyfinger dessert here was better even than the one we tried a day later at the vaunted I Tre Mercanti.

Our second recommended dinner was a few blocks away at Osteria L’Orto Dei Mori, where we again opted for warmth over a table in the piazza, which would have been a summer delight. An asparagus soup and delicious pasta were the highlights here.

The third night, we ate at a nearby restaurant that my daughter scouted that turned out to be our favorite: Oficina Ormesini. I suspected good things were in store when we walked past the bar to see the bartender carefully adding the prosecco to a base of peach juice to make a tray of Bellinis.

The meal included an appetizer of three types of raw seafood and another of linguine with mussels; tiny, exquisitely fresh clams; and cherry tomatoes, which proceeded a main course of fish fillet with tomatoes and potatoes, seasoned with herbs and wrapped and baked in parchment.

We of course had the heavenly Bellinis with dinner. 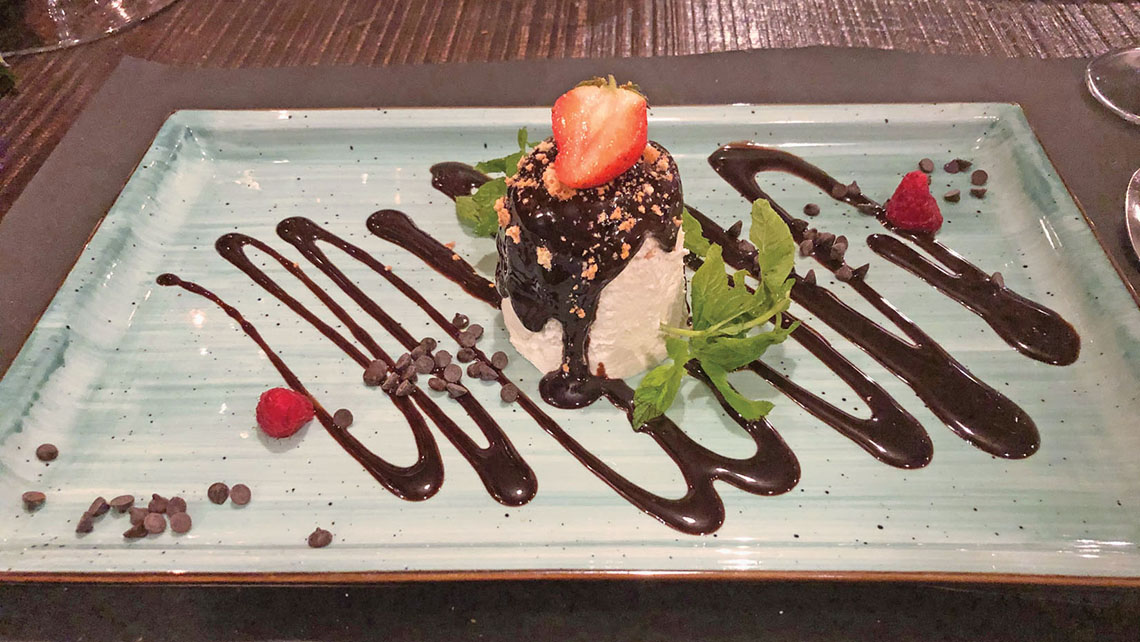 Outside of Cannaregio, we mainly ate lunch, with mixed results. I found the better the view, the more lackluster the food.

Our best lunch was in Dorsoduro, at the “Corner Pub,” which by the name sounds awful. But the sandwiches were built with great bread and fresh ingredients and the Ichnusa beer, from Sardinia, was the best I’ve had in Italy.

We also lunched in Cannaregio at the rustic Ae Bricoe, a cramped cicchetti and pork sandwich place run by a husband and wife team. Simple, cheap and authentic.

The lunch places illustrate two rules for dining in Venice, or in Italy anywhere for that matter. The first is to look for crowds of students or workers. The food may not be fancy, but it will be satisfying and a good value.

Secondly, taste with your eyes, if you can. The atmosphere at “Corner Pub” wasn’t classic, but there were students outside and the sandwiches piled in the case told the story of their flavor to anyone who looked.

Moving to My Parents’ Homeland Helped Me Find Belonging