A Holland America ship which was turned away from five countries has officially arrived in Cambodia. A cheer is reported to have erupted from grateful passengers when they neared land, meanwhile, authorities have said they are now in the process of testing those on board for coronavirus.

The MS Westerdam, carrying 1,455 passengers and 802 crew, has spent two weeks at sea searching for a country to allow them to dock.

The cruise ship was turned away by Guam, Japan, the Philippines, Taiwan and Thailand over fears that someone on board could have the flu-like virus.

Upon arrival, Cambodian officials entered the ship and collected fluid samples from 20 people.

These were then sent by helicopter Phnom Penh, Cambodia’s capital, for virus tests. 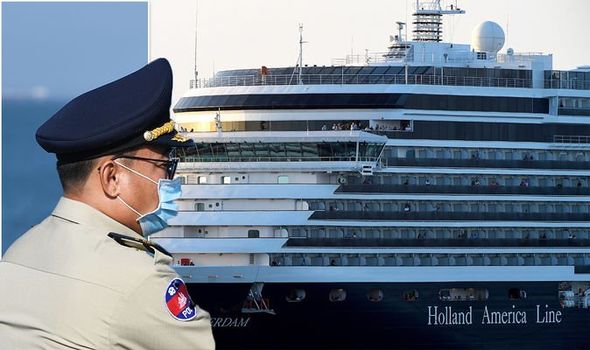 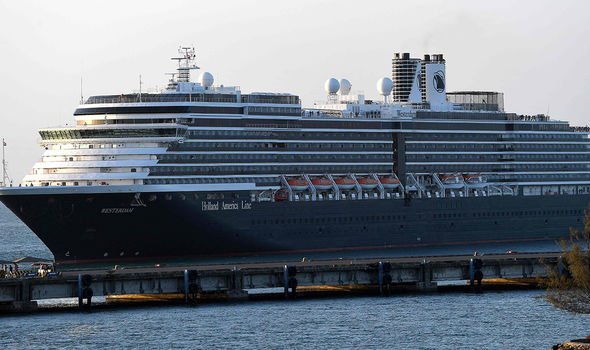 Prime Minister Hun Sen said on Facebook he would travel to Sihanoukville on Friday to personally welcome the passengers.

“We’ve had so many near moments we thought we were going home only to be turned away,” Angela Jones, an American tourist

on board, told Reuters in a text message.

“This morning, just seeing land was such a breathtaking moment.”

However, the journey is not over for passengers, with uncertainty surrounding when they will be allowed to return home.

The ship now faces health checks by authorities and some passengers need to be taken to Phnom Penh to catch charter flights.

The ship’s captain, Vincent Smit, initially told passengers in a letter that some could leave Cambodia as early as Friday, but in a later announcement, he said there could be delays because of the “number of organisations and authorities” supporting the operation to disembark, as well as the short notice given to Cambodia requesting permission to dock.

Throughout the journey passengers on board have been subject to regular health checks, and cruise ship staff reportedly felt there was no need to be concerned about the virus. 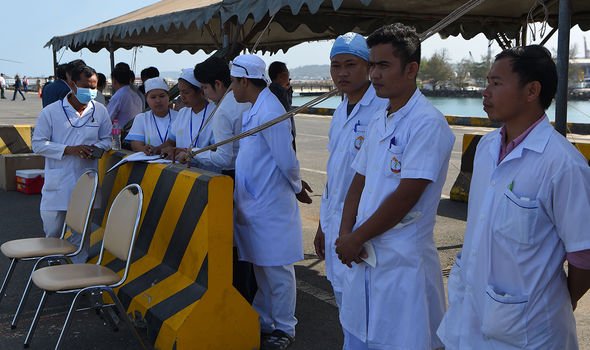 In a statement, the cruise line said: “The ship is not in quarantine and we have no reason to believe there are any cases of coronavirus on board despite media reports.”

The company had medical assessments carried out on board by its staff and said they had been given a vote of confidence by the Dutch public health institute.

In a video address shown onboard the Westerdam, Orlando Ashford, the president of Holland America Line, thanked passengers for their understanding in “incredibly unusual and challenging circumstances”.

“I’m sure you’ll have some good stories to tell when you reach your final destination home,” Ashford said in a copy of the video seen by Reuters. 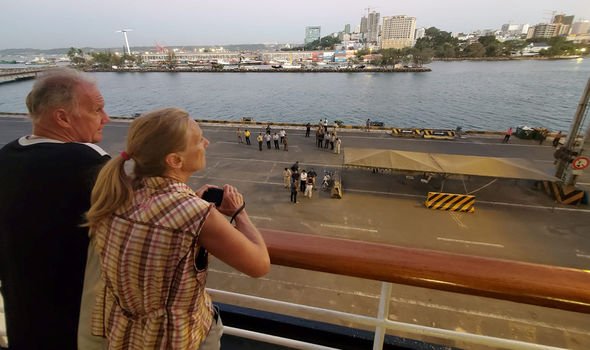 To break up the monotony, the ship’s crew organised dozens of activities, passengers told Reuters this week.

World Health Organisation chief Tedros Adhanom Ghebreyesus praised Cambodia for its example of “international solidarity” that the WHO has been calling for.

Meanwhile, Stephen Hansen, a passenger onboard the cruise, spoke to Forbes and described the fact the ship had been turned away by so many as a “political issue”.

“While I can understand that countries want to protect their own citizens first before helping us their decisions to turn us away are based more on misinformation and fear than facts,” he said.

The growing fear comes as the current infection rate surpasses 45,000 and over 1,100 people have died as a result.

A cruise ship docked off the coast of Japan remains in quarantine, with the number of infected passengers reaching 174.

A statement issued by Princess Cruise’s Executive Vice President Rai Caluori explained the extreme hygiene protocols being followed to ensure the virus is contained and no additional passengers are infected.

He added that all guests will receive a full refund for any expenses and credit towards a new holiday in the future.

SpringHill Suites by Marriott to open in Palm Desert ·

SilkAir to launch flights to Busan ·

Plane Diverts After Passenger Dies Aboard Flight to Australia

Flight secrets: Having this one thing could delay you at the airport

Cruise secrets: Ex crew member reveals awkward side effect of cruises – are you at risk?

How Royal Caribbean Cruises is growing its luxury and expedition business