Cruise of Thrones – inspired by the game-changing book series and HBO show – will take to the high seas in 2021, and bring to life the epic story that has inspired a generation and amassed a legion of followers.

The brainchild of Lynette Durovic, owner of Dalmatian Travel & Events, the inspiration for the cruise came from her die-hard appreciation for the George R.R Martin books.

“It started with a day in Dubrovnik. I had just made the rounds of the city on a Game of Thrones tour and was sitting on a wall looking at the Red Keep,” recalls Ms Durovic.

“My heart was still pounding with the excitement of the experience. I wanted more. I wanted to see it all, from North of the Wall, to the Free cities, and everything in between. I also knew exactly how I wanted to do it … from the decks of a luxury cruise ship, surrounded by thousands of fans like me.”

Ms Durovic tells Express.co.uk that the cruise is “for fans, from a fan,” and will feature key elements which will be recognisable to GoT lovers everywhere, with extensive planning and innovation going into the entire experience. 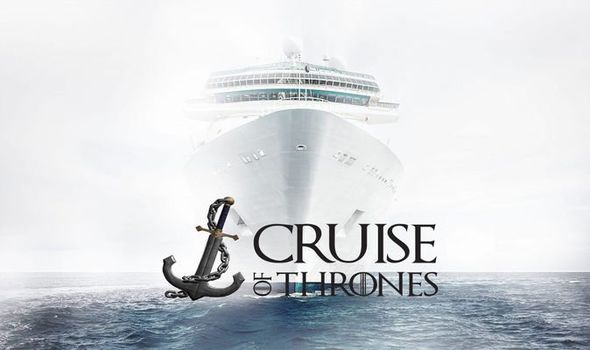 “The creative process of conceiving, planning and orchestrating logistics on an international scale has been daunting but exciting,” she says.

“I’ve done weddings, conventions, a humanitarian relief project to Syrian refugees in Croatia, coordinated a community women’s conference and reunion cruises but nothing compared to the scope of Cruise of Thrones.”

In the midst of developing the concept of Cruise of Thrones, the entrepreneur underwent some difficulty at a pivotal time.

“About a year after I started developing the Cruise of Thrones project, I became ill and had to put my business on the back burner.

“That was tough,” says Ms Durovic. “I don’t enjoy letting people down and that’s exactly what I felt I was doing.”

DON’T MISS
Cruise secrets: Always avoid these people on a cruise – they only have one aim in mind
Pound to euro exchange rate: Sterling rockets to 2020 high – will you buy travel money?
Brexit: UK government issues major travel warning for all EU holidays – what will change?

“It took me about two years to bounce back from that. It is pure joy to see this cruise come back together and to surpass where I was before.”

Cruise of Thrones will set sail September 2021 and offers cruisers the chance to take the Northern Cruise of the Southern Cruise.

The Northern Cruise will take passengers to The Wall and beyond visiting Iceland, Northern Ireland and Ireland, while the Southern Cruise will sail to warmer climates in Spain, Malta and Croatia – otherwise known as Dorne, Essos and King’s Landing.

“We wanted to make the cruise available to as many people as possible. One aspect that can be difficult for a traveller is to get time off of work. The amount of time they spend on vacation sometimes means being away from family and their job,” states Ms Durovic. 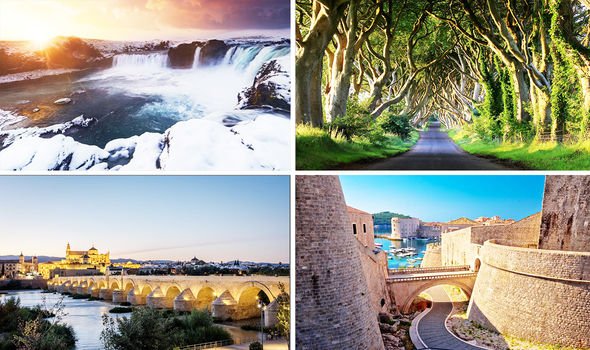 “We approached the idea of breaking the cruise into two 8-night cruises in an effort to address this issue. If you look at a map of the filming locations, amazingly there is a distinct dividing point between the North and the South. And if you do happen to have that extra time, we invite you to take both the Northern and Southern cruises, which qualifies you for a bonus two-day side trip to see the steps of Dragonstone.”

Beyond the iconic locations, passengers on the ship will also have the chance to engage in some cosplay and fully embody the Game of Thrones spirit.

“On this one of a kind luxury cruise, they can expect to have all their senses indulged.

“They will also get exquisite service, indulgences and some fun treats along the way. What they will not get is boredom. I guarantee that one.”

More information can be found at cruiseofthrones.com.

SLH adds their first hotels in Azerbaijan and Málaga ·

Woman at centre of seat recline debate speaks out

UK to leave European Interrail scheme at the end of 2019