One of the few options for seeing coastal New England on a small-ship cruise is Blount Small Ship Adventures.

Started by inventor and boat builder Luther Blount in the 1960s, the cruise line as well as its shipbuilding sister company are now run by the late Blount’s children and grandchildren out of Warren, R.I. The mission then and now is to offer unpretentious, casual small-ship cruises focused on the destination.

And so it’s not surprising that the decor of Blount’s two 84-passenger vessels is basic, even plain. It’s the behind-the-scenes stuff that is the sexy part. Luther got patents for many small-ship innovations in his day, from a collapsible pilothouse for passing under low bridges to a bow door for easy beach landings. 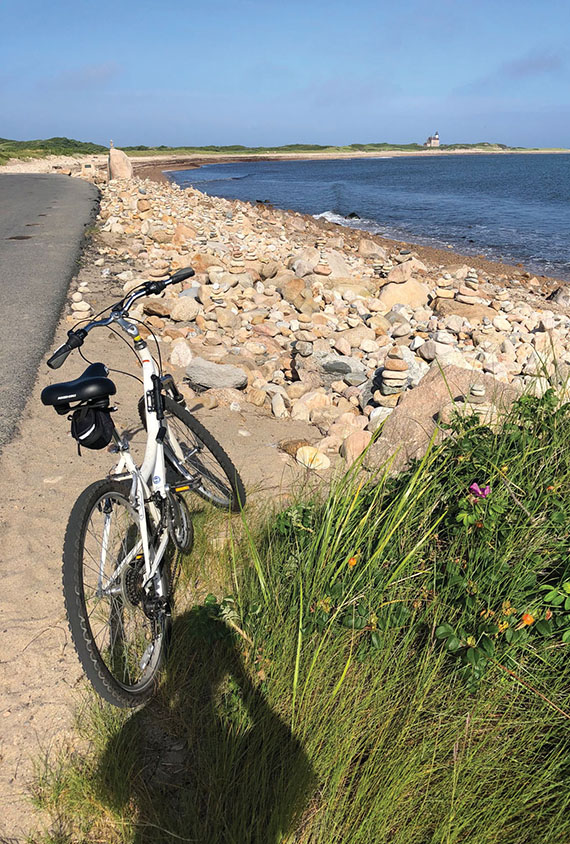 While most of Blount’s itineraries are one to two weeks long, I recently sampled a one-off, four-day cruise. It was to focus on just a few points in New England: Rhode Island’s Narragansett Bay and Gilded Age Newport, along with Block Island and Martha’s Vineyard.

I was traveling aboard the 20-year-old Grande Mariner with my 77-year-old father, and there were many other adult child and parent and/or grandparent pairings who, like us, shared one of the boat’s small cabins. Ours had a rumbly air conditioner, which thankfully drowned out my dad’s symphonic snoring.

We chit-chatted with new friends at the open-seating tables for eight in the homely dining room. We enjoyed delicious pulled pork sandwiches, New England clam chowder and freshly baked chocolate cookies for lunch one day and surf and turf for dinner one night.

• Narragansett Bay: The cruise was sailing roundtrip from Warren, just south of the capital of Providence, and by noon of the first day we were off, enjoying the brilliant sunshine as we cruised south through Narragansett Bay. Sailboats zigzagged all around us like energetic chicks darting around a doddering mother hen. Everyone was up on the sweeping top deck, where the pop-up pilothouse was located, to enjoy the view.

Turns out ours wasn’t a typical cruise for two reasons: its short length and the bad weather that would alter our itinerary.

• Newport: Instead of heading to Martha’s Vineyard, which would require cruising through open seas (the Blount boats have shallow drafts, which is a great feature for getting into remote places, but it’s not ideal for cruising in open seas), we were bound for Newport, on Aquidneck Island at the mouth of the bay. We reached it a few hours after lunch that first day.

There were no Blount shore excursions offered on this itinerary, so most of us made our own way via water taxi across the bay to town to see one of Newport’s Gilded Age summer “cottages” built by the superwealthy a century and more ago.

We had to remain a second day in Newport waiting for the weather to improve. To keep us happy, the cruise directors arranged a visit to the Newport Vineyards, which included a winery tour and a fun tasting. Many of us bought a bottle or two to bring back to the ship. 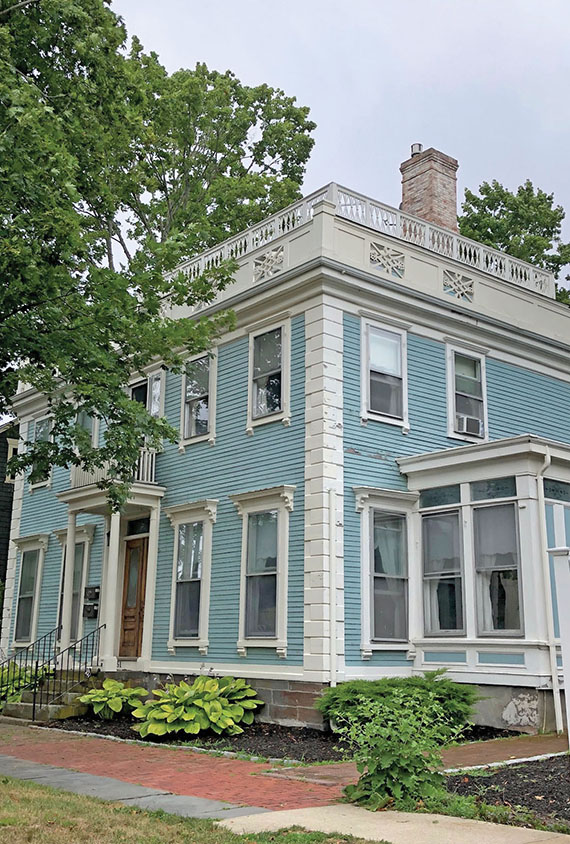 • Bristol: On day 3, we finally left Newport, but only to head north to Bristol a short distance from Warren, as Capt. Peter DiMarco said the seas were still too rough to leave the calm waters of Narragansett Bay. My dad and I wandered around the quiet streets of Bristol looking at the lovely 19th-century wooden homes.

The small town’s claim to fame is the Herreshoff Marine Museum, with a great looping documentary about the local yachting culture over the past two centuries, including the marine architect and Bristol native Nathanael Herreshoff, who helped build a string of undefeated America’s Cup racing yacht defenders between 1893 and 1920.

• Block Island: Though Martha’s Vineyard was now a lost cause, DiMarco promised he’d try to get us to Block Island for a few hours on the last morning if the weather improved. It did, and after two hours crossing the choppy open seas, we arrived at Block Island at 8 a.m. It was sunny and welcoming. While my dad slept off seasickness from the morning’s sail, I hopped on one of the boat’s three bicycles. I greatly enjoyed the scenic 12-mile roundtrip pedal to the North Lighthouse, set at the end of a picturesque arc of pebbly beach.

By noon, we were all back aboard, and the Grande Mariner pushed off for Warren. Though the long weekend didn’t wind up as planned, we still managed to become better acquainted with Rhode Island and make a boatload of new friends.

Seven-day New England cruises start at $2,059 per person and sail roundtrip from Warren to Newport and Block Island, R.I.; and New Bedford, Martha’s Vineyard, Nantucket and Cuttyhunk in Massachusetts.

Other Blount itineraries include a nine-day Hudson River & Coastal Fall Foliage sailing starting at $2,749 and the 16-day Great American Waterways itinerary from Chicago to New York starting at $5,149. Visit www.blountsmallshipadventures.com.

AviaDev to return to Cape Town in early 2019