The 80s pop hits blasting out from the top deck during sail-away contrasted wildly with the serene backdrop of the Bay of Kotor and the sparkling Adriatic Sea… it’s all part of the excitement you get as soon as you set foot on a Princess ship. But there is one big difference on board Sky Princess, which is Princess Cruises’ newest Royal Class ship. On arrival you are handed a ‘Medallion’ which you wear either as a watch or lanyard, which acts as your all-access pass to rest and relaxation. 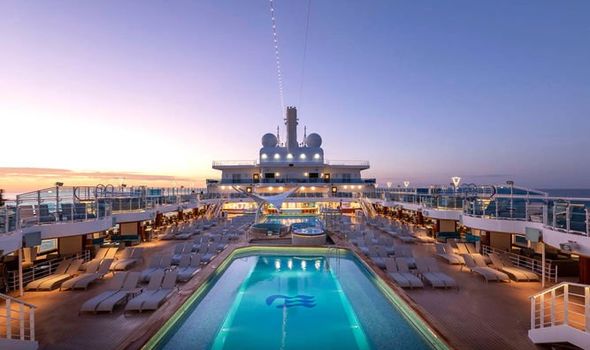 The first time you see how the Medallion changes your cruise experience is with the impressive keyless entry to your cabin. There’s no fumbling as you arrive with your bags.

I’ve always thought going on a cruise was a fairly effortless holiday experience. After all, it’s a floating hotel and resort.

But the idea behind the Medallion is to make cruising even easier.

It works in conjunction with a smartphone app you download at the start, called MedallionClass.

Once you’ve got to grips with it, it opens up more than just doors. The tech means that ordering your favourite cocktail from anywhere on board is as easy as tapping the app.

Your drinks are brought directly to you by friendly staff, thanks to GPS.

The Medallion has a tracking and messaging function, so you can find family and keep in contact with friends you make on board with the touch of a button.

The app can even direct you around the vast ship. On a short cruise, like our five-day trip from Italy to Greece via Montenegro, it means being able to orientate yourself quickly, and make the most of your time on board. 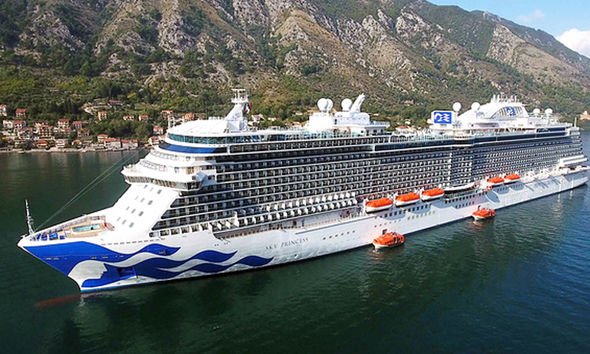 Sky Princess also boasts wi-fi as good as on land, but if you are turned off by tech and your idea of cruising is being a blissfully disconnected dot on the ocean, the app is not compulsory and you can still do things the old-fashioned way.

The day before we boarded at Trieste, Sky Princess had left the shipyard in Monfalcone, Italy, complete with fresh new cruise ship aroma and all lustre and velvet in the bars, restaurants and atrium – which turns into a dancehall at night.

So instead of bold changes, you’ll see subtle differences aboard Sky compared to the rest of Royal Class.

This means contemporary decor in the lounges and bars and a lighter neutral palette used in the cabins.

The Top Deck, which houses the spectacular pool and cinema, has been tweaked to include plush seating areas. There are even comfy cabanas to rent should you fancy a VIP experience in the adults-only Sanctuary area.

If you are travelling as a family, there are three imaginative kids’ clubs to cover all ages. They house a wide variety of activities, such as learning about stargazing, developed by Princess and The Discovery Channel.

And keeping to the high-tech theme, Sky will feature a digital escape room experience with 700 different outcomes – this debuts next month.

Another new show called 5-SKIES, which debuted after our trip, is based on a virtual reality game, keeping things futuristic again.

We caught the Motown show one night, settling in and expecting a smooth run through Supremes and Jackson 5 classics. But the three singers performed a musical comedy so funny that my on-board pals and I cried with laughter. The unexpected twist made it our entertainment highlight. 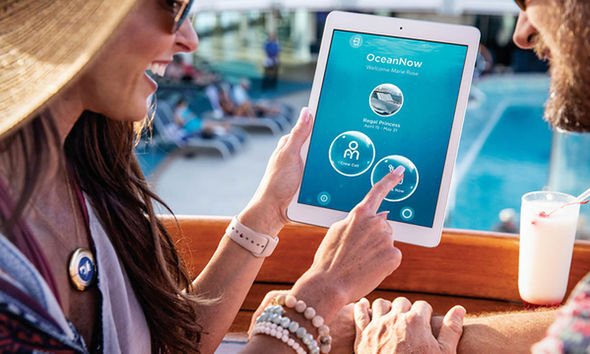 When it comes to dining, Sky has all the old favourites you would expect aboard Princess ships, from Horizon Court cafe, which offers an endless and delicious buffet, to poolside pizza, and luxury steak house The Crown Grill.

One night, we dined in the Bistro Sur La Mer which has an additional cover charge, but offered sublime seafood and sea views.

Another stand-out for me on this ship was the staff. They are attentive, but also so genuinely friendly you feel at home from the moment you board – and Sky Princess has the same warm atmosphere.

With all the new Medallion technology, there’s a mix of innovation and familiarity from the staff and ship, which blends seamlessly.

As we sailed into Athens, all that Medallion magic had worked.

It seems Princess have found a way to make cruising even more relaxing and the voyage left me with a sky-high feeling that’s lasted long after disembarking.