The Diamond Princess cruise ship quarantined off the coast of Japan has reported another 37 confirmed cases of the deadly virus on board. These latest cases bring the number of sufferers on the ship up to 174.

Amongst the newest cases are two British holidaymakers, meaning there are now three ill Britons on the cruise.

The ship, which is owned by Princess Cruises, is currently undergoing a 14-day quarantine period, however little is known about whether these latest cases will extend the isolation timeline.

At the time a Princess Cruises spokesperson told Express.co.uk: “Princess Cruises can confirm that the first phase of health screening of all guests and crew onboard Diamond Princess, by the Japanese Ministry of Health, has been completed. “We were notified that amongst the samples that have completed testing, 10 people have tested positive for Coronavirus. 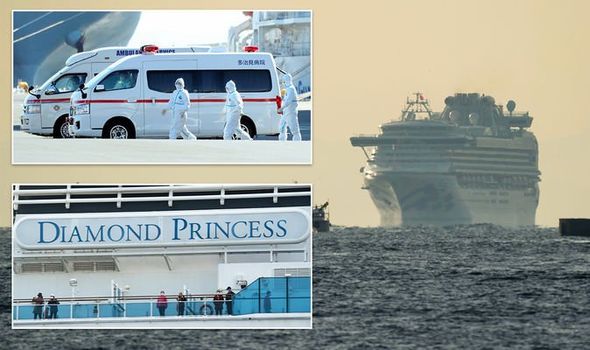 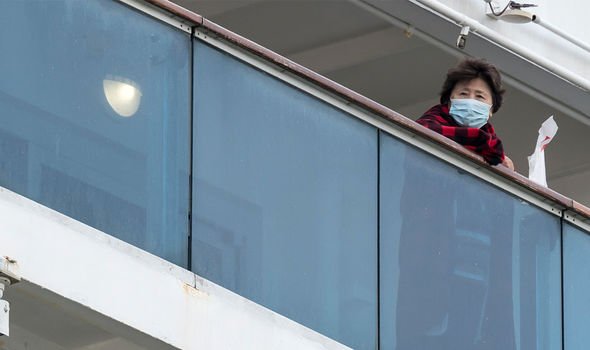 “This includes two Australian guests, three Japanese guests, three guests from Hong Kong, and one guest from the U.S. in addition to one Filipino crew member.”

The first 10 passengers were taken onshore for treatment.

Globally the death toll has surpassed 1,100.

There are now a reported 45,000 people infected worldwide in 28 countries.

While most of the deaths have been in China, where the disease was first discovered, there has also been one death in the Philippines and one in Hong Kong.

DON’T MISS
Cruise: Expert reveals how to bag a bargain on your holiday [INTERVIEW]
Kate Middleton carries these items in her handbag when she travels [INSIGHT]
Cruise: 20 more cornavirus cases found on Diamond Princes [UPDATE]

The World Health Organisation has since dubbed the disease “public enemy number one.”

There are currently eight confirmed cases in the UK.

Travellers onboard the ship are currently being treated for the condition, and are being confined to their rooms.

However, there is a growing concern amongst passengers about their fate. 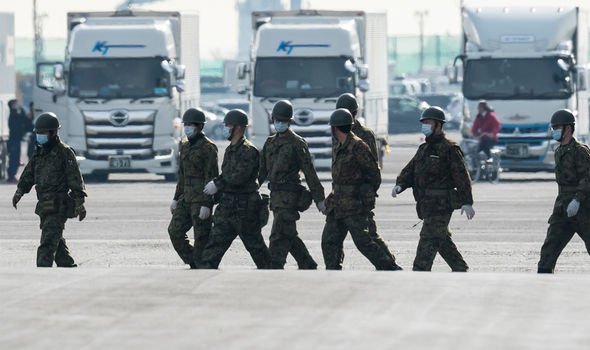 David and Sally Abel discussed what life is like onboard, and raised concerns for the wellbeing of passengers.

“What you’ve got to appreciate, when they’re stuck in their cabin they’ve got no natural light and they’ve got no fresh air at all and they are not allowed to walk outside down the corridor,” said David.

“But today the captain announced that those passengers that are confined would be allowed on deck.

“They would be supplied with face masks and they could walk around to get exercise and fresh air for a very brief period.” 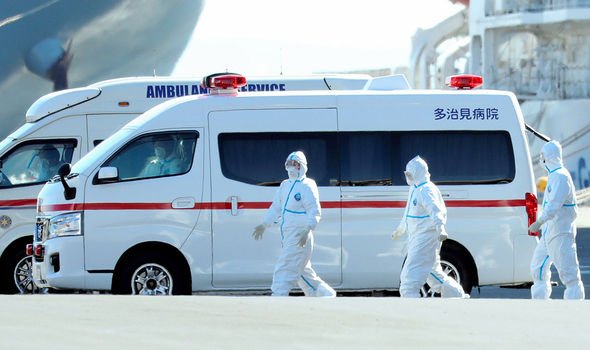 The couple also claims that little has been explained to them about the risks they face from quarantine, or what will happen to them once they return to the UK.

“What is going to happen to us? Are we going to be tested again? Is the 14-day period going to be extended from today?” David questioned.

He added: “When we get back to the UK will we be going into a further quarantine.

“We have not got answers to those questions.”

Does Portugal offer the best residency and retirement option post-Covid-19?

The Airchive reboots with more vintage and present-day aviation memorabilia