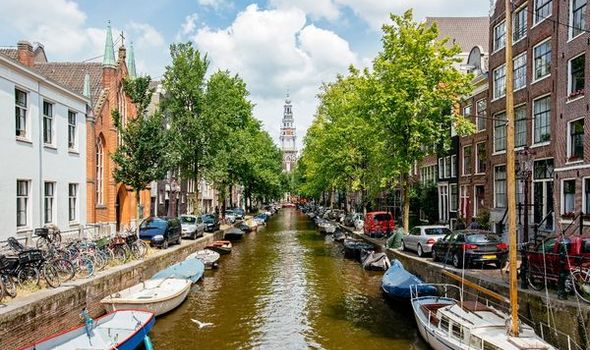 A visit to the Gouda Kaasstad, one of the country’s biggest cheese markets, in the city of Gouda is bound to get you smiling. Taking centre stage in the Markt in the spring and summer months, local traders dress up in traditional costume and pose for selfies – don’t forget to say cheese!

One of the oldest cheeses in the world, Gouda has been produced in the Netherlands since the 12th century, though curiously not in Gouda city which is located 45 miles fromAmsterdam.The cheese took its name from the city because in the Middle Ages and Renaissance, Gouda had the monopoly on the dairy trade.

The market is held every Thursday in front of the GoudseWaag and it’s well worth dropping into the former cheese-weighing house to learn about its cheesy history and sample the city’s namesake. Info: holland.com

Named after the Swiss mountain town of Gruyères where it was first made in the early 12th century, this Alpine cheese owes its rich and nutty flavour to the grasslands and meadows of the canton of Fribourg.

Legend has it that in 161AD Emperor Antoninus Pius found the cheese so moreish that after gorging on Gruyère he died from indigestion.

Gruyère’s marvellous melting quality does make for fabulous fondues and in picturesque Gruyères – the medieval town was crowned “the most beautiful village in the French-speaking part of Switzerland” in 2014 – fondue features on the menus of the town’s traditional restaurants.

Work up an appetite exploring the Swiss countryside walking, hiking or mountain biking and you’ll be ready to appreciate this classic Swiss dish – accompanied by a glass or two of crisp white wine. Info: fribourgtourisme.ch 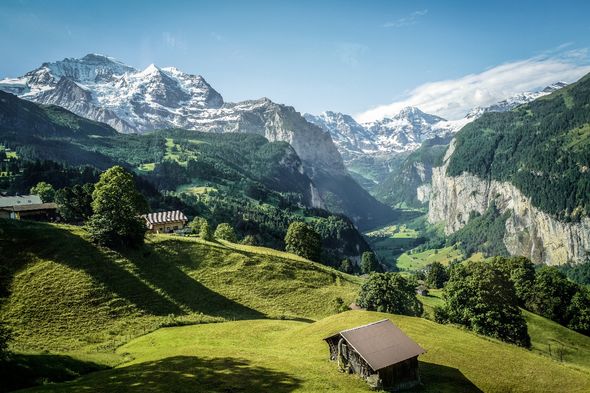 Dairy products tend not to feature prominently in the cuisine of Asian countries due to the tropical climate, but paneer proves the delightful exception to the rule, thanks to the subcontinent’s strong tradition of raising cattle.

Unlike other cheeses, paneer is made without rennet, which is taken from the stomachs of cows – a sacred animal in India.

Also known as chenna, the fresh curd cheese is said to have been made as early as the time of the IndusValley Civilization, dating back to 6,000BC, and introduced to north India in the 16th century by Persian and Afghan travellers – Paneer derives from the Persian word for cheese.

A key ingredient in North Indian cooking, the mildness of the acid-set cheese provides a soothing balance to the spicy flavours of curries and other hot dishes. Info: incredibleindia.org

The UK’s big cheese accounts for a tasty 51 percent slice of the cheese market but in Cheddar where it was created eight centuries ago, The Cheddar Gorge Cheese Company is now the only producer of Cheddar in the Somerset village.

Records show that cheese was a royal favourite as far back as the reign of Henry II who, proclaiming it the best in Britain, bought four-and-a-half tons of Cheddar at a farthing a pound in 1170 to grace the table of many a stately banquet. 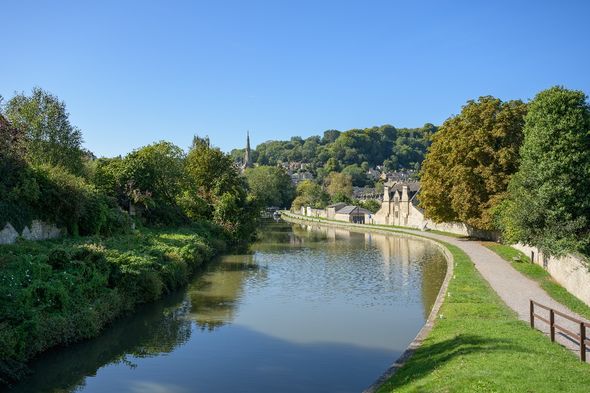 I made sure the fine cheese was only available at the royal court by buying stocks up before it was even made.

Cheddar’s famous flavour is down to the temperature and moisture conditions of the cave complex, formed over a million years ago in the last Ice Age and the ideal environment for maturing the hard cheese. Info: visitsomerset.co.uk

Cheeses don’t come much harder than Parmigiano-Reggiano, created in the Cistercian and Benedictine monasteries in the plains between Parma and Reggio Emilia back in the Middle Ages. The monks, keen to produce a cheese that could be kept for as long as possible, used salt from Salsomaggiore and milk from cows grazing on the rich pastures of Emilia-Romagna, together with infinite patience during the ageing drying process.

The popularity of the cheese spread to Genoa, reaching the Mediterranean ports, and beyond to London where, in the 17th century Parmesan cheese wheels were listed as lost goods in the Great Fire of London.Today it is rated as one of the top formaggi by cheese connoisseurs for its fruity, nutty flavour and distinctive gritty texture. Info: emiliaromagna turismo.it

Hailing from the eastern Mediterranean island of Cyprus, inset, below, where it was first made in the medieval Byzantine period, the importance of halloumi to the Cypriots is reflected in the fact that in many villages the whole community would join forces and make huge batches together.

Recipes varied from village to village – each with their own special technique and secret ingredients. 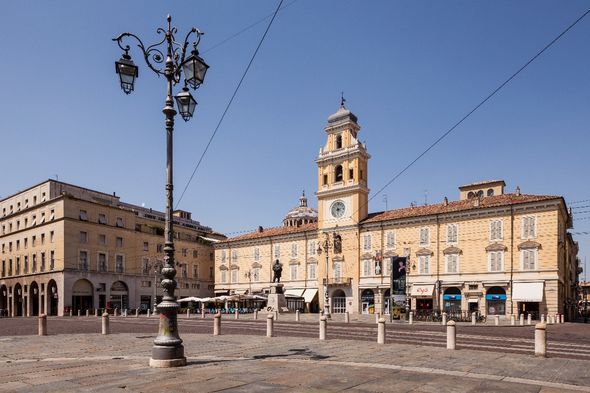 The distinctive squeaky, springy cheese, made from a combination of cow’s, goat’s and sheep milk is unique in the cheese world, due to its high melting point which means it’s ideal for frying and grilling.

And it makes a tasty accompaniment with a cold beer – no wonder it’s a big hit with Britons who are said to eat more halloumi than any other European country outside Cyprus. Info: visitcyprus.com

Feted as the country’s “white gold”, the forerunner of feta cheese was the result of a happy accident in 8th century BC, according to Homer’s Odyssey, when sheep’s milk transported in bags made from animal stomachs curdled in the process.

But it was in Byzantine times that the cheese was first referred to as feta – feta means “slice” referring to the practice of cutting into slices to store in brine in wooden barrels.

The cheese was also associated with Crete when an Italian visiting the island capital Heraklion in the 15th century saw the production of feta.

Today every region in Greece has its own distinctive take on the cheese, though only feta produced in Macedonia, Thrace, Thessaly, Central Greece, Epirus, the Peloponnese and Lesvos have been awarded PDO (Protected Designation of Origin) status by the EU. Info: visitgreece.gr

The Spanish cheese achieved literary acclaim as the favourite snack of the hero of Miguel de Cervantes’ far from cheesy novel Don Quixote of La Mancha. 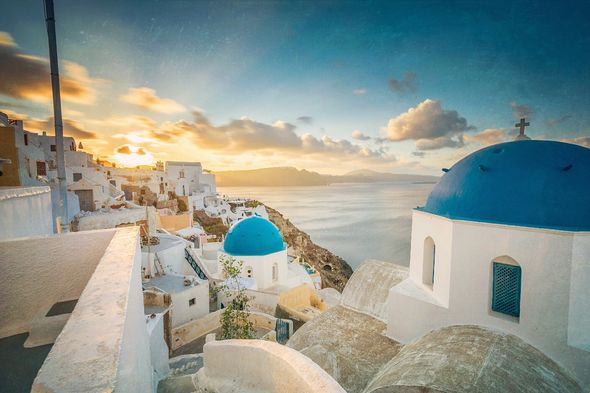 The star of many a tapas platter, the true Manchego is made from the whole milk of the Manchega sheep, only bred on the rolling fertile plains of Castilla-La Mancha in the centre of the Iberian Peninsula, south of Madrid.

The familiar herringbone pattern imprinted on the rind hints at this sharp-flavoured cheese’s long history stretching back to the time of the Bronze Age when the cheese was pressed in woven grass baskets.

And you can find out more about the celebrated cheese at the Manchego Cheese Museum in Toledo, the ancient city which is the region’s capital and a Unesco World Heritage Site. Info: spain.info

Back in the 1700s, Spanish Franciscan friars in Monterey,Alta California were making a semi-firm creamy cheese from cow’s milk which was then aged for a short time.

Fast forward to the 19th century when wily landowner and entrepreneur David Jack, arriving in Monterey from Crieff in Scotland, seized on the opportunity to produce the cheese for himself, selling it as Jack’s Cheese.

Its popularity grew so quickly across the region and then throughout the state, that customers began asking for Monterey Jack’s Cheese. Info: visitcalifornia.co.uk

Charles de Gaulle famously asked: “How can you govern a country with 246 types of cheese?” The president of the Fifth Republic would have been in a dairy dilemma today with an estimated 1,200 varieties of cheese currently produced in France.

The grand fromage out of this staggering array is Brie, inset, left, arguably the most well-known of French cheeses in the world.

Brie de Meaux, named after the town of Meaux, located 35 miles to the east of Paris, in the region of Ile-de-France, created by monks in the Middle Ages, has garnered plaudits for its flavour and texture throughout its 1,000-year history.

In 1814, at the Congress of Vienna, Brie de Meaux as the winning cheese was declared to be “Le Roi des Fromages”.

It had the royal assent from Louis XVI who is said to have requested a last tasting of the cheese before his arrest during the French Revolution.

The cathedral town of Meaux is also renowned for its awardwinning mustard in the familiar sandstone pot, sealed with red wax, and dubbed “the mustard of gourmets”. Info: france.fr

Meet one of the stars of ITV’s The Cruise – the captain!