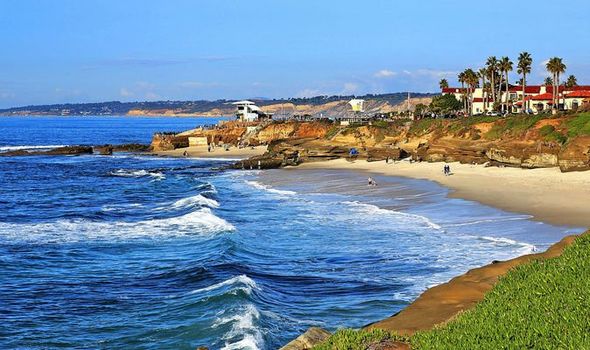 Nearby, a seal popped its happy head out of the water. Like everybody else, it gave me a curious stare. This was where the real surfers rode, not novices like me.

Still, we all looked out to the hazy horizon where the blues of sky and sea met, waiting for the next big wave. After a few false hopes, a crest rose out of the rolling Pacific.

Everyone scrambled to action. I laboured to turn, then paddled haplessly hard. As the lip of the wave caught the back of my board, I pushed myself up as instructed. Now I just had to spring to my feet.

I sprang. I wiped out. As I eventually resurfaced, spluttering seawater, I saw the seal and the surfers lithely gliding to shore. What was I thinking, trying to mix with the natives?

I was in La Jolla, a wealthy suburb of San Diego, experiencing this most quintessential of local pastimes.

July 16 marks the southern Californian city’s 250th anniversary, and it’s come a long way since its humble beginnings as a religious outpost of the Spanish Empire.

The last few decades have been especially booming, with it finally emerging out of the shadow of its sprawling northern neighbour, Los Angeles.

Yet it’s still a real city, with a great culinary scene and similarly endless beaches and summer. Plus, with the Mexican border nearby, there’s a fiesta of Latin influence – no wall can hold that back.

It was Spanish Franciscan priests who started the European settlement of the San Diego region.

In 1769 they founded the first of 21 missions and forts that would stretch north into what is present day California, hoping to convert the Native Americans and expand the Spanish Empire. 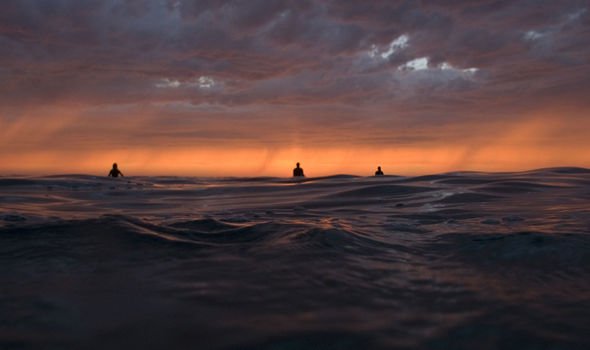 But the priests weren’t much into surfing, and built the mission away from the coast. Bad move, dudes. Without direct access to the sea, the town that grew there remained small until becoming part of the United States in 1850.

Two hundred and fifty years on, the original settlement is now home to Old Town San Diego State Historic Park. Neither the mission of the fort is still there, and but there are dozens of Mexican and Old West themed museums, souvenir stores, saloons and restaurants in restored or reconstructed buildings.

Milling around with the tourist troops, it felt a bit like a theme park, especially as the oldest remaining building is now a gift shop for a golf course. But it makes for an interesting few hours, and is easily reached on the cool trolley (tram) system.

Dishes are loaded with colour and flavour, made from fresh fare sourced from the ocean and local farms, with fish tacos being the speciality.

The only problem being you’ll probably have to wait for your dining companions to take snaps of their photogenic food before you can eagerly tuck in. 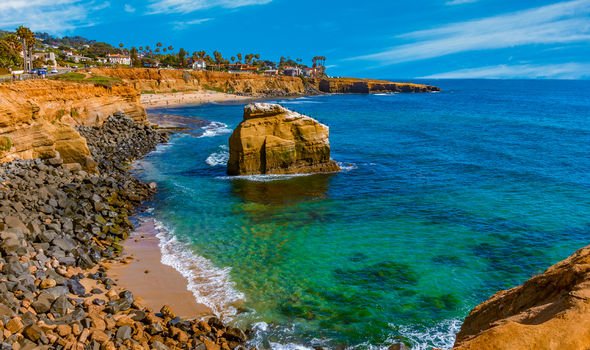 The Americans realised the nearby San Diego Bay was a much better location to build a city, and with advent of railroad and the Panama Canal, the population grew rapidly.

But the onset of two world wars and the massive expansion of naval bases transformed the city into a more military-urban complex. While parts of California were embracing flower power and the liberal life, San Diego was still quite a conservative city, and more or less remained so until the end of the Cold War.

The redeveloped waterfront is now a much more leisurely place, with pretty parks, piers, marinas, and miles of walkways around the bay.

The naval aircraft carrier USS Midway, once the biggest ship in the world, is now docked in Downtown and is a fascinating museum with more than a million visitors a year.

Next door is the cruise ship terminal, where marauding silver-haired swarms are unleashed on to the city, and the behemoths dwarf the Midway.

With the waterfront facing west, it’s amazing for sunsets. A flood of amber and red. Perfect for sipping similarly coloured cocktails, or trying one of the scores of craft beers San Diego is famous for.

Walking further into Downtown I soon reached the redbrick Gaslamp Quarter, a cluster of Victorian-era streets full of more mainstream shops, restaurants, bars and clubs – the nightlife heaving on a weekend.

Just to the north is the cool Little Italy, with its more refined drinking and dining options, though it took me a while to stop jumping out of my skin every time a plane roared just over the rooftops to land at the nearby airport.

Arcing around the massive bay, you eventually reach the ocean proper and the wave-swept cliffs of Point Loma.

The golden sands and beachlife Southern California is famous for starts further north at the bohemian Ocean Beach, continuing on to the more raucous Mission, and Pacific Beaches. 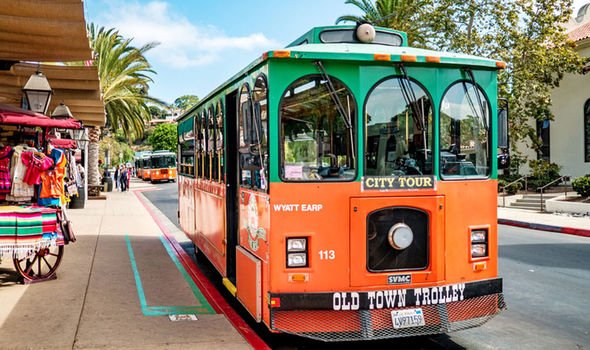 There you find sun-soaked boardwalks and piers. Al fresco dining and cocktail quaffing. The tanned and beautiful strutting and posing, cycling and skating. Not quite the pious colony the Franciscan monks had intended.

Crowning it all is the sweeping shore of the aptly named of La Jolla (Spanish for The Jewel). It was here I squeezed into a squeakily tight wetsuit and joined humans and seals alike in their surfing frolics.

I may have failed spectacularly to hang 10, but as I munched on a fish taco to recover, I was glad to see the packs of beached seals at the craggy La Jolla Cove looked as graceful on land as I did on the waves.

The current craze sweeping the world for the electric hire scooter has firmly swept San Diego.

From the moment you leave the city-centre airport, you spot locals and tourists alike zipping around on the motorised version of the trusty transportation for kids. 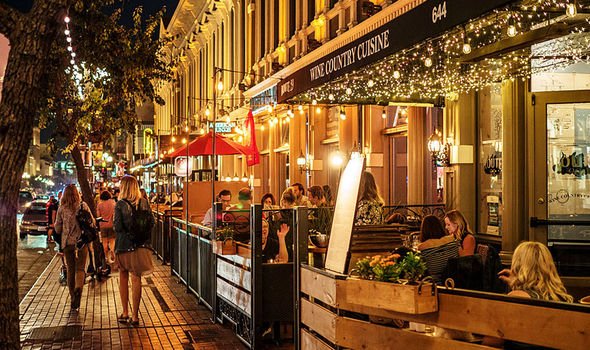 It may at times leave pedestrians cursing in your wake, but nothing beats the thrill of exploring the city on one. You can pick them up and drop them off virtually wherever and whenever you like.

Most streets having them parked in the most haphazard of locations.

There are many companies now trying to get in on the action, including ride-hailing firms Uber and Lyft, offering not only scooters, but also electric and regular bicycles.

Most cost around 15 cents a minute and are simple to hire. Just download their app on your phone and scan the nearest scooter to you, or get shown one nearby on a map.

They even tell you how many miles worth of battery each have left.

Once I tried, I was hooked. Trundling off around bustling Downtown both day and night, or along the pretty expanses of waterfront.

I even returned to the airport on one, conveniently leaving it just outside the doors of the terminal. Hopping off a scooter and on to a plane, how much fun is that?

20 of the most extraordinary lakes across the globe

Camping & caravan holidays: Brexit and covid see boom in caravans – how to buy one

Flights: Pilot reveals the real reason plane tray tables must be up for takeoff