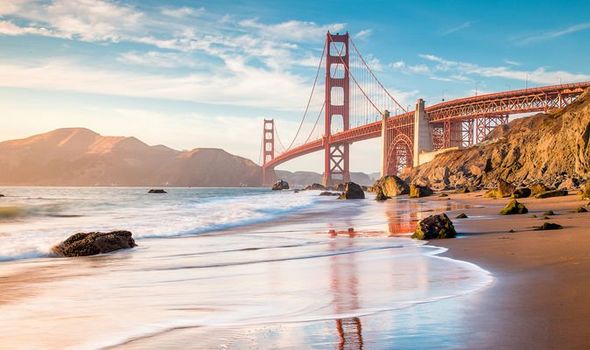 But you don’t need to be the founder of Uber to afford this exciting city – and you can now get there with low-cost airline Norwegian, which has launched a very affordable route direct to San Francisco International Airport from Gatwick.

There is no getting away from the reality that San Francisco is one of the world’s runaway boom towns thanks to the power of Silicon Valley.

The so-called valley itself lies some 40 minutes south of the city in the wider Bay Area and is home to giants such as Apple, Google and Facebook. In the past many employees would choose to live in nearby San Jose, but in recent times more and more people have looked to San Francisco to set up home.

The city itself currently leads the United States in job creation and is the world leader in digital technology such as mobile apps and social media such as Twitter.

The flourishing tech scene has brought big money into town, with bars, restaurants and nightclubs heaving on most nights of the week.

And the city is currently bracing itself for a new round of overnight millionaires to be created as San Francisco-based companies such as Uber, Airbnb and Pinterest are expected to go public.

San Francisco has always been one of the United States’ leading artistic hubs with a fascinating and in-depth social history to match.

There is no shortage of galleries and museums to visit across the city’s varied neighbourhoods, and one great way to get a feel for the city’s changing face is by taking one of the illuminating Wild SF Walking Tours.

I would recommend the Mission Murals and Graffiti Tour of the city’s Mission District which gives a captivating insight into the history of the much-maligned street art but also how big tech is slowly and surely changing the character of the city one neighbourhood at a time.

But of all the fabulous art on show in the city it is really difficult to see beyond the world class Museum of Modern Art in the heart of the city centre.

A spectacular building in its own right,The San Francisco MOMA is one of the largest museums of modern and contemporary art in the United States. It is filled to the brim across seven floors of painting, sculpture, photography, architecture and design.

The Walt Disney Family Museum sits in the Presidio Park. It offers access to a vast collection of historic materials and artefacts that bring Disney’s achievements to life. 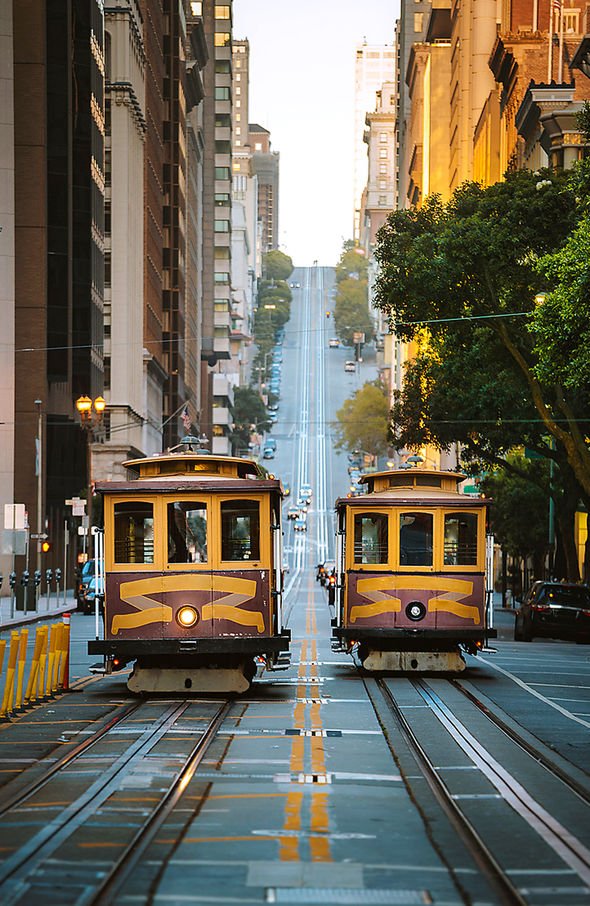 From the beautiful Presidio Park you can look out over San Francisco Bay and see the city’s other star attraction in the distance – Alcatraz.

The infamous former prison is a constant reminder of its history as the home to America’s most dangerous criminals in the early 20th century.

Open seven days a week, with several daily departures, it is easy to access but be sure to book ahead as tickets sell out on a regular basis.

The culinary scene, like so much else, is booming in the city. Again this is down to the influx of tech money in recent years, but San Francisco has always had an enviable food scene.

As befits a sanctuary city that has long welcomed migrants with open arms, ethnic staples often dominate, especially in places like the city’s pulsing Mission District and its beguiling Chinatown.

The Mission District has two excellent places to eat.

At the cheaper end of the spectrum is the delightful Taqueria La Cumbre.

Established in the 1960s, it lays claim to being the inventor of the world-famous Mission burrito. 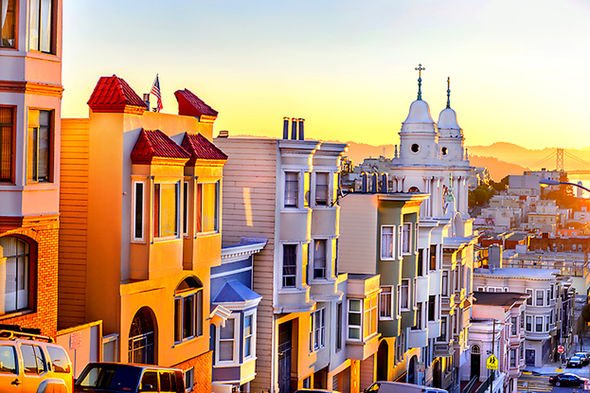 At the other end of the spectrum is the hip Al’s Place named after chef Aaron London.

An affordable and very green Michelin-star restaurant, the menu offers Northern California regional cuisine rooted in the produce and seafood of the Bay Area, and uses a variety of techniques from pickling to herb pairing. Chinatown is the epicentre for some great food but, being the largest such settlement outside of China, it can be somewhat overwhelming knowing where to go or what to pick – so a Local Tastes of the City tour is the answer.

This fantastic tour takes you into the heart of Chinatown and out into the adjoining North Beach area, taking in some wonderful history – and food – along the way.

San Francisco also has an excellent cocktail scene with some fun Tiki bars, such as Smuggler’s Cove, Pagan Idol and the Tonga Room & Hurricane Bar.

The latter has been going since 1945 and is a fun place to eat as a tropical storm closes in around you while you listen to the live island beats of the resident band. 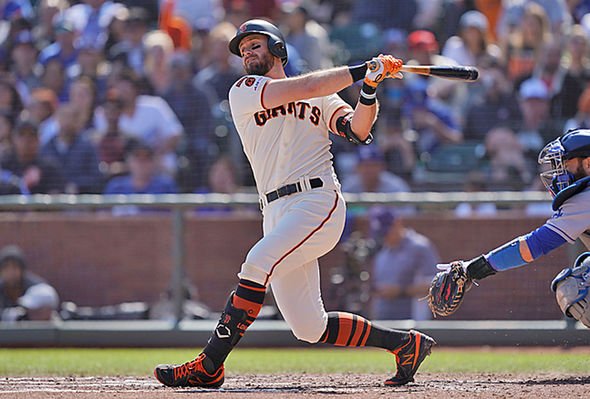 San Francisco is a sporting powerhouse and offers fans of American games everything they could want.

The city’s major teams are the Giants in baseball, the 49ers and the Oakland Raiders in football, and the Golden State Warriors in basketball.

In recent years the Giants have enjoyed great success and a visit to wonderfully atmospheric Oracle Park will not disappoint.

Dubbed “baseball’s perfect address” it has breathtaking views of the city and the bay, and it is not uncommon to watch a yacht sail by the very edge of the stadium as the game plays out.

The Bay is the obvious place to start and getting out on the water and enjoying stunning views of the marvellous Golden Gate Bridge is a fun thing to do.

There are a lot of options but for a more sedate family trip try a cruise with the Blue & Gold ferry fleet. 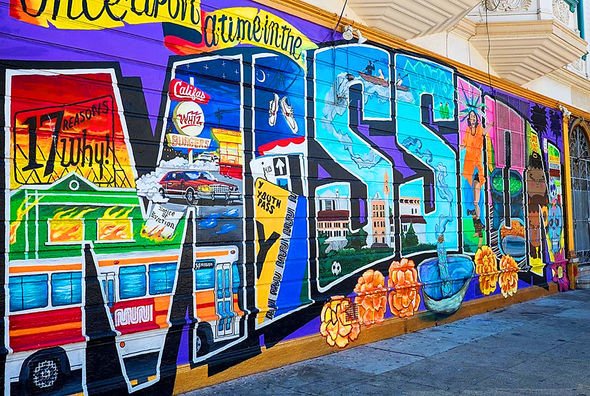 For more of a thrilling ride go with Adventure Cat sailing which offers a host of fun-filled tours on board a sleek catamaran. Of course the Golden Gate Bridge dominates, and there is no better way to experience this landmark than on a bike ride across it from the city to the quaint town of Sausalito on the other side.

Organised by the Blazing Saddles bike company, the route is much easier than it may seem and lunch by the sea in lovely Sausalito is a well-earned reward before catching the ferry back.

But if you don’t fancy leaving the city itself then nature is still not far away in the form of Presidio Park.

A 1,500-acre green oasis in the heart of the city run by the National Parks Service, it has nature trials, museums and spectacular views of the bay.

It is a refreshing place to go and get away from the hubbub of the surrounding city – enjoy a picnic or amble through the woods.

Norwegian flies Dreamliners from Gatwick to San Francisco with fares starting at £279 return. norwegian.com Rooms at the Parc 55 Hotel in San Francisco start at $149 a night, room only.

hilton.com Rooms at the Hilton Union Square hotel in San Francisco start at $149 a night, room only. More info at sftravel.com and visitcalifornia.com