Home » Active Travel » Home of the pizza: Iconic Naples is a game-changer 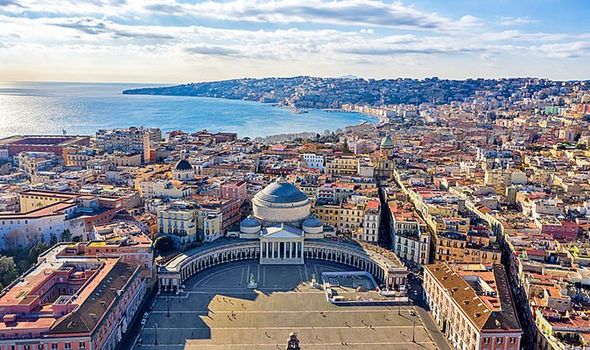 As the documentary released in June shows, Naples worshipped Diego from the day he joined the club in 1984. Even today, there’s barely a bustling street that doesn’t have, among the instant pizza emporia and purveyors of perfect pastries, a mural of the city’s sainted adopted son. Directed by Oscar-winner Asif Kapadia (Senna, Amy), Diego Maradona, the movie, tells how the little prince took Napoli to title glory, went on four-day benders between games and even convinced the locals to support his Argentina side against Italy in the 1990 World Cup semi final in the city’s Estadio San Paolo (they won).

You can pay homage at an eccentric shrine in Bar Nilo on Via San Biagio Dei Librai, which claims to have a lock of his curly black hair and even a vial of his Latin tears. For the full experience, get fleeced for an espresso inside.

If you want to catch a game, you can buy tickets from a box office in the beautiful Galleria Umberto I mall (take ID). The stadium is easily accessible from the Campi Flegrei Metro station.

On our first night I took a walk to a famous coffee shop (Mexico, Piazza Dante) and can report that Naples at rush hour is the citiest city I have ever seen. Cars, buses, pedestrians. A green man says cross – but DON’T – there’s six lanes of cars flying at you, and a young woman carrying her granny on a moped and they’re both on the phone. It’s like your brain on 10 espressos given physical form.

The next morning we took a walking tour. Start, like we did, at the Piazza del Gesù Nuovo and pop inside the vast ornate church that gives the square its name. From there, stroll the Spaccanapoli, the thoroughfare that splits the old town. Sample those pastries (sfogliatella! pastiera!) but try to leave room for pizza.

Literally any pizza place should rank in your top five this lifetime but if you want a safe bet try Trattoria Pizzeria Spaccanapoli. Napoli claims to be home of the pizza and specialises in a deep-fried version which must be tried to be believed. From there head south, past lemon-soap smells and the ever-present chilli emblem jewellery. Eventually you’ll get to the student enclave at the end of the street, where you can buy posters, books and more coffee. 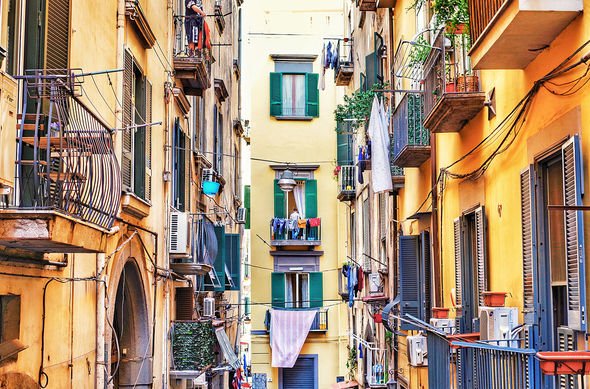 Down seemingly every alley is a towering old ornate building, teeming with life and people. Everywhere washing is hung out to dry (lost pegs adorn the pavements). Everything, everyone is full of energy.

The city is cheeky to the point of rude but charming, every sharp move comes with a cheeky grin.

Maybe this all comes from living in the shadow of a potentially devastating explosion from the local active volcano.

The mood everywhere is Vesuvian – everyone is ready to fire off great gobs of hot molten words, like when I jokingly accused our taxi driver of being a Juventus fan (oh boy) – but the lava soon cools.

The driver and me were solid friends again moments later.

The most famous consequence of Vesuvius is, of course, Pompeii, the ancient Roman city frozen in time by volcanic ash in AD79.

Now a Unesco World Heritage Site, it gets around 2.5 million visitors a year (go when it’s raining or cold to avoid the masses and head to the more obscure parts while you are there).

There are amphitheatres (including the one famously played by Pink Floyd for a 1972 concert film), laundries (where they used urine as a detergent), food-on-the-go places, houses, a forum and a brothel.

Drawings and graffiti abound, including of the ancient good luck charm of a penis and scrotum (like those drawn by schoolboys on their desks).

Also check out Herculaneum (€11/£9.60), a more intimate site that’s even better preserved than its famous neighbour. 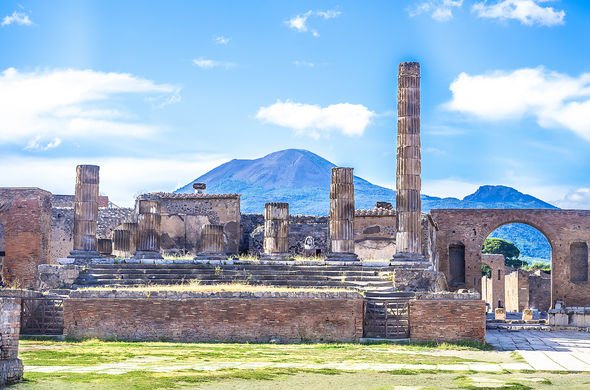 There is plenty of history in the centre too, of course, particularly under it.

The Sotterranea has an ancient Greek and Roman aqueduct, later used as a shelter from Allied bombing towards the end of WW2, and a Roman theatre, slowly being excavated from underneath a residential street. A guided tour costs €10 (£8.80).

Those taken by the underworld should also visit the Santa Maria delle Anime del Purgatorio church. In the crypt, real human anonymous remains have been collected and are honoured as a shrine to the more recent dead (whose pictures nestle among the skulls), to ease their passage through purgatory. 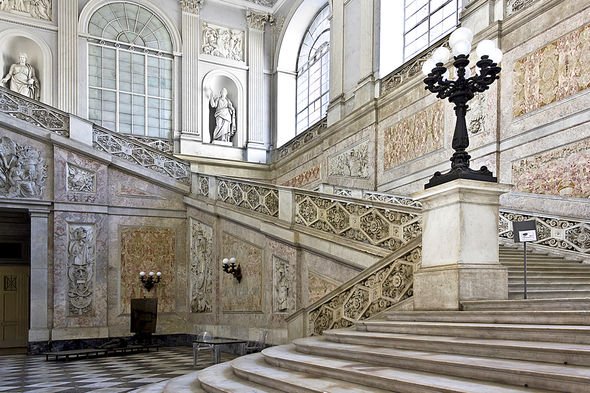 Imagine a palace, at the crown of a hill over a crowded hot city.

The garden grounds are a haven of peace, cooled by the sea winds.

Museo di Capodimonte boasts a vast collection, started by the Bourbon King Charles VII (later Charles III of Spain) in the eighteenth century (he also funded the excavation of Pompeii).

It has pieces ranging from the 13th century to contemporary work and you also get to wander the divine palatial rooms.

We visited on a sunny Sunday morning and took a guided tour (from €16/£14), both of which felt like strokes of genius. 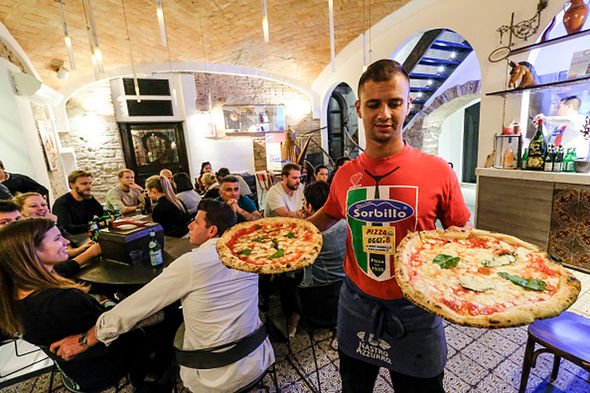 From there we went to check out of our hotel, which was a wrench to leave.

The city is well served with accommodation – we went for the Romeo, on the seafront by where the enormous cruise ships dock.

Sit on the terrace bar before dinner with an Aperol Spritz and you could catch one of the 5,000-berth monsters setting sail.

For dining there’s the Beluga Bistro, with a range of local and national joys for the palate, or a Michelin-star gourmet restaurant, Il Comandante – try the squid (€35/£31) and the Falanghina white (€27/£24 per bottle).

There is also a superb spa where I don’t think I embarrassed myself by falling asleep during the candle massage (€130/£114 for 50 minutes) but then how would I know?

THE KNOWLEDGE
Original Travel offers a three-night B&B package at the Romeo Hotel, Naples, from £1,360 per person and including flights from various UK airports and private transfers. For further details see originaltravel.co.uk. Tourism: visitnaples.eu/en

What Happens When Someone Dies Mid-Flight