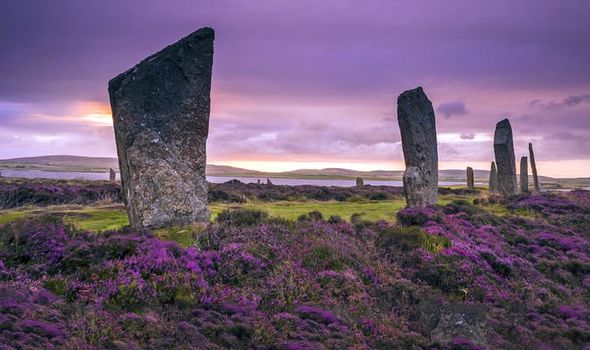 Seagulls call overhead and the sun breaks cover from feather-light clouds. Even the most seasoned of sailors cannot be immune to the thrill of departure.

There’s an air of anticipation at the prospect of what lies ahead on this 10-day tour of the British Isles which will see us step ashore on some of our remotest areas of natural beauty during a voyage of more than 2,000 nautical miles.

We will also take in the magnificent tulip fields of Amsterdam, walk the busy streets of Dublin and stroll along the harbourfront of Honfleur in France.

It’s to be a gastronomical journey with breakfast, lunch and five-course dinners on board plus a taste of some local delicacies onshore, and a reminder of how wonderful and varied our home waters can be. 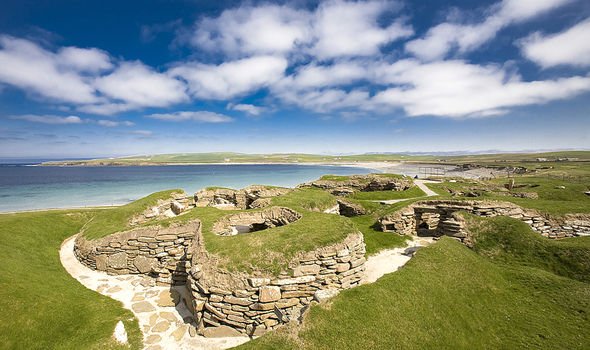 Fresh as a daisy after a first night’s sleep I glance up from my breakfast to see the flatlands of Holland drifting by as we edge sedately towards our berth at Amsterdam.

Today we visit the tulip gardens of Keukenhof, vast acres of colour interspersed with water features, trees and art installations.

Now in its 70th year, this Dutch masterpiece has 1.4 million visitors each year for a flowering season that stretches from March to May.

Keukenhof is living proof that the Dutch don’t do things by halves – and their ice cream seller proves it too, by producing a waffle cone packed with the sweetest vanilla and strawberry ice creams, strawberries, syrup and fresh cream.

The sun is sinking below the horizon as Columbus turns northwards for a night and a day of sailing that will see us make landfall at the Orkneys.

Under the cover of darkness, miles off our port bow, we will pass the entire east coast of England and Scotland, the propellers churning steadily onwards.

As chamber music floods the central atrium we drink Champagne cocktails and enjoy a dinner of grilled vegetables and goat’s cheese with a balsamic reduction followed by beef Wellington with Madeira sauce. 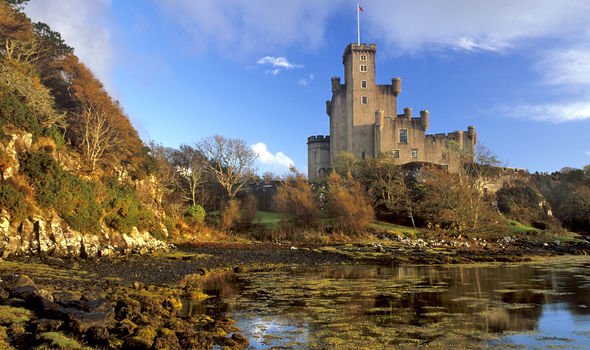 Daybreak sees us moored at Kirkwall on Orkney, an archipelago blessed with a fairly even climate thanks to the Gulf Stream.

We set off to explore by coach, with guide Loraine telling us how 9th-century Vikings founded a church at Kirkjuvagr, after which the town and its amazing gin is named (a visit to the distillery is included in our trip).

We pass Scapa Flow, one of the greatest natural harbours in the world and home to the British fleet during two world wars, and learn how prisoners of war constructed the Churchill barriers to protect Orkney’s openings to the sea following the U-boat sinking of the battleship HMS Royal Oak in 1939.

In the still grey waters bobs a marker buoy, a simple reminder of where 833 men lost their lives.

The Ring of Brodgar, a stone circle dating from 4,500 years ago, offers panoramic views of Orkney’s stark yet beautiful landscape and at Skara Brae, a Stone Age village dating from around 3,000 BC, only the waves break the silence as they crash onto the pebble shore.

We lunch on mackerel pâté, salmon and freshly-baked bread at Orkney Brewery, housed in a former school house. A tour of the copper kettles and mash tuns is rewarded with a generous taste of the brewery’s artisan beers.

The following morning Skye’s capital Portree appears on the port bow and with Columbus stationed in deeper water beyond the shore we head towards land in the ship’s lifeboats, which double as the tenders for our island hopping.

A stroll from the jetty in warm spring sunshine takes us to the Cuillin Hills Hotel which offers one of the best views of Skye’s jaw-dropping scenery, and welcomes us with shortbread fresh from the oven.

Dunvegan Castle, bleak and brooding, has been home to generations of the same family for 800 years, a strategic stronghold of the clan MacLeod perched on the shores of Loch Dunvegan, where castle gardens spill down towards the water’s edge.

Another night at sea and we pass down the west coast of Scotland, arriving at Mull where we go ashore to visit Tobermory, famous for its gaily-coloured buildings.

The island is home to 3,000 people, has but one roundabout and is traversed along mainly single-track roads. 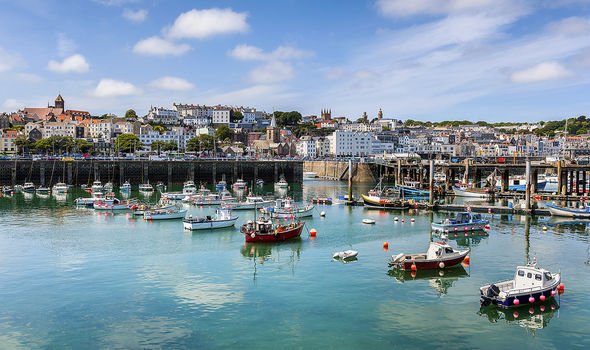 We take a winding, bouncy ride to Castle Duart which stands imposingly on the banks of the Sound of Mull, passing fields of Highland cattle.

Returning to the quayside after a busy day, Columbus’s fleet of tenders is ready to carry us back aboard to where cocktails, dinner and entertainment await.

There are singing acts in the Palladium Show lounge, dancing in the Dome Nightclub, plus a gym, a spa, two pools and exercise classes.

Dublin arrives at the foot of our gangplank the next day and a fleet of shuttle buses takes passengers down Custom House Quay fronting the River Liffey and drops us in Merrion Gardens beside an imposing Georgian terrace which was once home to Oscar Wilde.

It’s a short walk to Trinity College to see the Book Of Kells, the illuminated manuscript of the Gospels created around AD800. Towering shelves in the old library worthy of Hogwarts hold more than 200,000 books and busts of philosophers and writers. 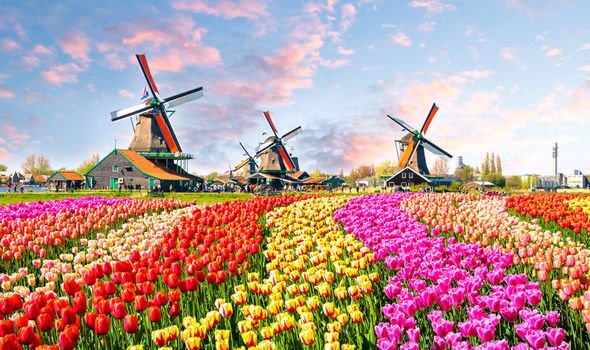 To one side stands a medieval harp, the national symbol of Ireland and a precursor of our next visit, to the Guinness Storehouse.

Guide Dan instructs us on how to pull the perfect pint and tick follows tock as I slowly draw the black stuff, allowing it to settle before adding the final cream top.

Continuing our circumnavigation of Britain, it is the golden sands of Tresco on the Isles of Scilly that await us next, and a sauntering walk through dunes and wildflowers along a narrow track brings us to Tresco Abbey Gardens.

Here exotic plants thrive in the island’s Mediterranean conditions and Garden Curator Mike Nelhams guides us merrily along stony terraces packed with sun-loving plants. We take tea in the gardens accompanied by a golden pheasant enjoying a dirt bath. 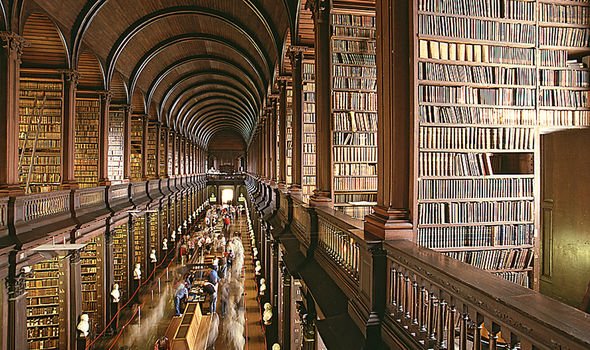 Next day we’re in Potato Peel Society territory with a whistle-stop tour of Guernsey, where the German fortifications high on the windswept clifftops are a rude awakening.

A leisurely coach ride through lush countryside past honesty boxes packed with farm produce brings us to the Little Chapel, a labour of love started in 1914 by Brother Déodat, its narrow passageways adorned with mosaics of broken china donated by island residents.

Our final day of exploring takes us to Normandy where we make the most of an off-diary day wandering in Monet’s muse, Honfleur, with its cobbled streets packed with artisan shops and galleries, taking coffee with hot, buttery croissants beside its ancient harbour.

Reality dawns the next morning as Tilbury appears on the horizon. For Columbus it’s a quick restock and departure on the evening tide.

After such a relaxing trip and the excellent hospitality on ship and ashore, I find I’ve come to a new understanding of the phrase “a vast behind”.